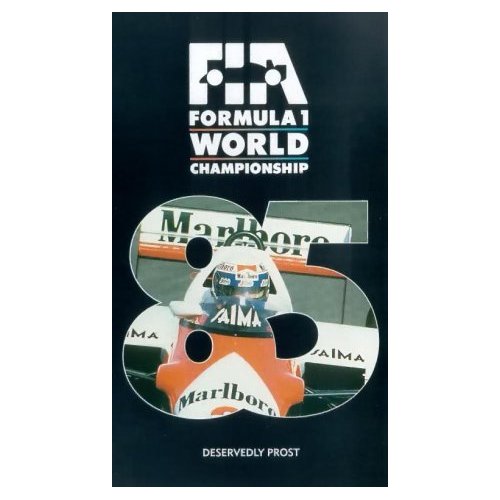 Now this is an unusual one. The concept is fabulous – rather than having an F1 pundit commentate on each race, get one of the drivers to do it.

And so a host of mid-eighties major names including Ayrton Senna, Alain Prost, Nigel Mansell and Nelson Piquet talk alternatively through each of the races.

Fine in principle, yes, but in reality the drivers vary wildly in their suitability as commentators. Senna mumbles a lot, Piquet is generally uninteresting, and Mansell does a passable impersonation of Murray Walker.

1985 was a hard-fought season in that the race wins went to a variety of different drivers, but the racing was seldom that close.

We do, however, see the final races of some memorable venues – Zandvoort in the Netherlands, and the old-style Kyalami in South Africa.

Another fault of the commentary though is that too little of the off-camera action gets reported. The sacking of Rene Arnoux from Ferrari, for example, or the huge furore over the last F1 race in apartheid South Africa (note the absence of the French Ligiers and Renaults from that race, and various sponsors too.)

Nor do the lesser drivers get much exposure.

Sadly then, despite the good material here and the imaginative concept, this doesn’t really stand up to repeat watching.