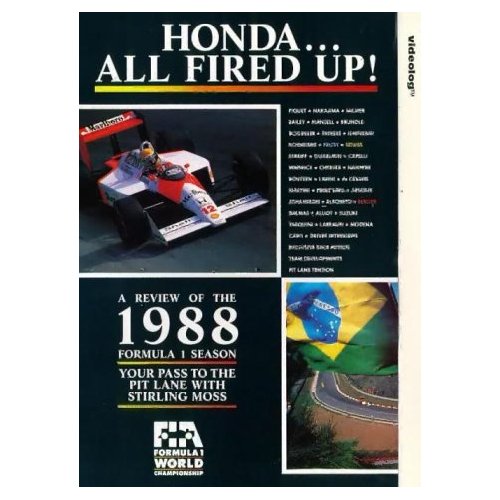 On the face of it, 15 of 16 races being won by the same team might not sound like thrilling viewing. But the beginning of the rivalry between Ayrton Senna and Alain Prost at McLaren was a fascinating affair.

The video hangs on that contest, featuring various interviews with the drivers and even tracking the ‘score line’ between the two in terms of who had won the most races.

This is important, because Senna’s eight wins to Prost’s seven basically gave him the championship even though Prost scored more points, because of the “best 11 scores count” rule.

The coverage is not focussed entirely on the leading pair – we see plenty of the chasing pack of Ferrari , Lotus, Williams and Benetton, and even a few features with the lower teams.

Unlike the preceding years there are no real stunning one-off races to get excited about, but the mid-season wet races at Britain and Germany provide plenty of action. There’s also some great onboard wet weather footage of Monaco, and we get a final glimpse of the preposterously narrow Detroit Street circuit before F1 abandoned it.

As the end of the turbo chapter and beginning of hostilities between Senna and Prost, 1988 was an important season for F1.

It may not be wholly entertaining throughout, and the commentary verges on the cheesy and scripted at times, but otherwise it’s not a bad video at all.

Best bit: Riccardo Patrese happens upon Julian Bailey while on a hot lap in Jerez, and is blocked by the hapless backmarker. Patrese exacts revenge by brake-testing Bailey – and is fined for his trouble!