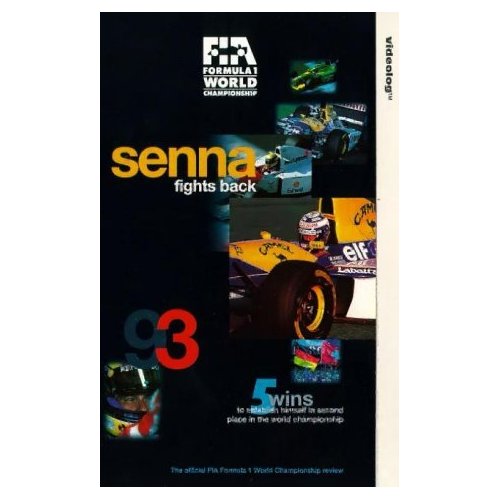 Despite the title, this video does not focus as narrowly on Ayrton Senna as the 1992 tape does on Nigel Mansell. And nor does it seem to have been cast that way as a result of Senna’s death the following year – that much seems to be coincidence.

No, this is a much more balanced and watch-able video than the 1992 one, and Jonathon Ross makes for a surprisingly good commentator – engaging and entertaining.

Although the title battle is covered well and the resumption of Senna’s feud with Alain Prost is picked up on, we don’t miss out on developments further down the grid, such as the arrival and departure of the hopeless Lola team.

Pre-race build-up and post-race analysis coverage is more substantial than in previous videos, although we do miss the memorable press conference that followed the European Grand Prix.

There was a fair bit more interest on-track as well in 1993 – although Williams were crushingly dominant the arrival of Michael Schumacher as a leading contender is especially interesting, and leaves us wondering what might have been had his battle with Senna continued.

The 1993 season is definitely one of the better efforts from the 1990s – it’s a shame Ross didn’t do any more commentaries.

Best bit: Gerhard Berger’s spectacular exit from the pit lane in Portugal – perpendicular to the direction of traffic – is memorable. But the last-lap collision between the two Minardis, in which Christian Fittipaldi somersaulted vertically over his team-mate yet landed the correct way up and crossed the line, is near-unbelievable.