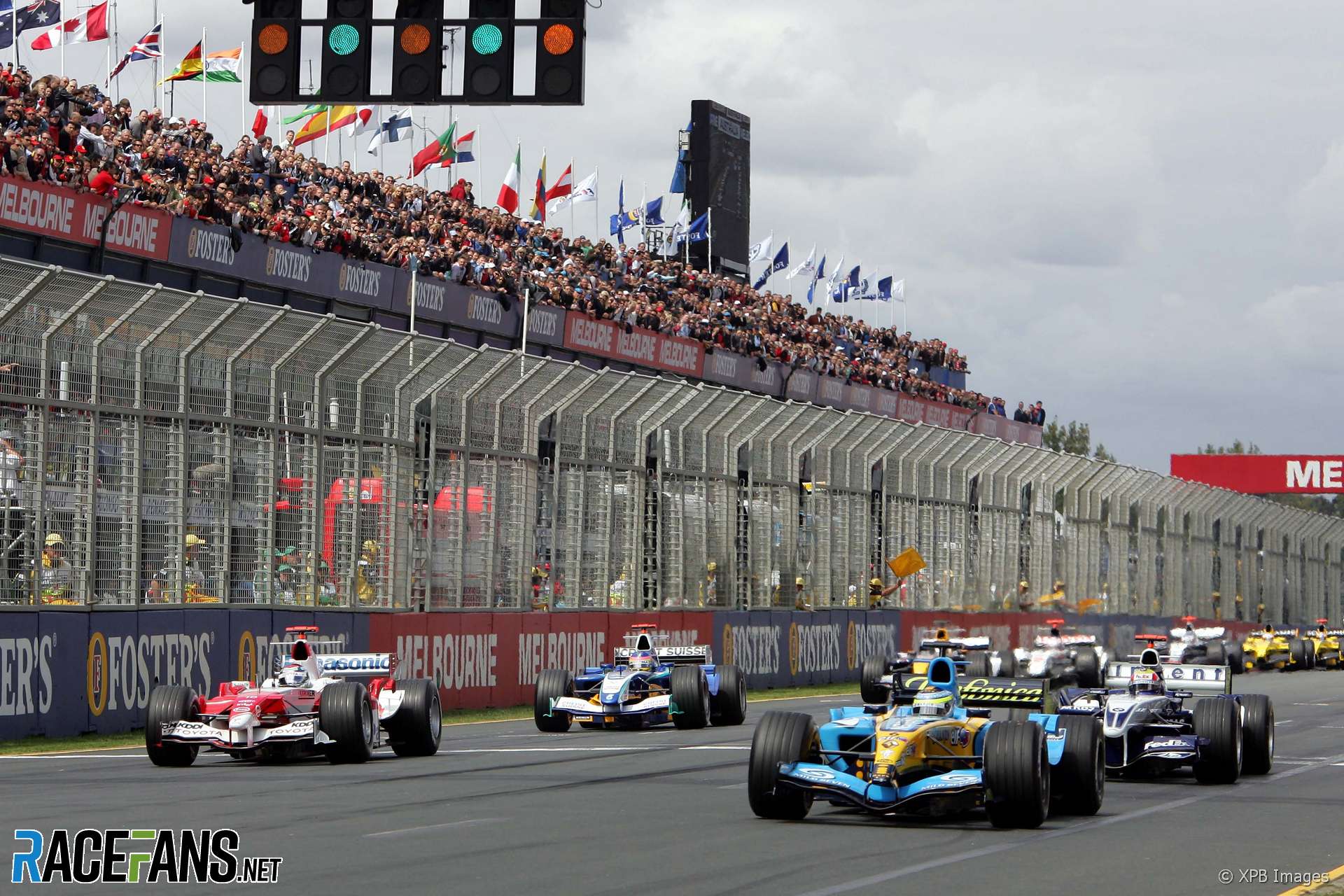 Since he departed Jordan for Benetton in 1998, Giancarlo Fisichella’s F1 career has been a protracted wander through the wilderness. Benetton decayed around him before he was kicked out when Renault returned.

Then he floundered at a now past-it Jordan for two years, and washed up at Sauber. Finally, he has been given a break again, and he wasted no time in exploiting it with a commanding win in Australia.

It was the vagaries of the weather and the new, deeply unpopular, qualifying system that helped Fisichella to pole. On Saturday afternoon it was as if he was being chased around his flat-out near-dry lap by a rain cloud that scuppered everyone who ran after him. With a two-second lead over second placed Trulli, pole position was virtually a formality for Fisi.

And, while he strolled off to victory on Sunday in that seemingly-effortless way that all the best drivers do, he left a topsy-turvy field behind him. Schumacher started 18th and scored no points. McLaren could only convert ninth and tenth into sixth and eighth after Montoya slid off and Raikkonen stalled (respectively).

Ominously for the other teams, Rubens Barrichello took his Ferrari from eleventh to second – and this is the modified 2004 car, lest we forget. Just as in 2003 Ferrari have not got off to a winning start but only the foolish would discount them yet.

Michael Schumacher conspicuously failed to rise above his poor starting position – just as in Brazil and China last year – trailing around with Raikkonen for the first half of the race and not able or willing to risk a passing move on Takuma Sato’s BAR. (Fernando Alonso, by comparison, never gave up in his efforts to pass Jacques Villeneuve and the fact that he did allowed him to finish on the podium from 13th.)

Just as Schumacher was starting to go places he emerged from his final pit stop desperate to stay ahead of Heidfeld’s Williams. Heidfeld had a clear, if not very wide, run up the inside of Schumacher going into turn three. Schumacher moved to close even this narrow aperture, as we have seen him do before, but this time he didn’t get away with it. Heidfeld pulled so far to the inside he was on the grass, and thumped into Schumacher’s car.

If Schumacher’s actions weren’t questionable to begin with, his next course of action was utterly inexplicable. He beckoned a marshall out to free his car from the gravel, just as he did at Nurburgring in 2003, but only drove the car as far as his pits, to retire. Questioned afterwards, Schumacher wouldn’t be drawn on who was to blame, while Heidfeld slammed his rival for pushing him off the circuit.

Elsewhere there were happier stories to be found. Coulthard ran a solid second in the Red Bull and finished fourth, hampered slightly by marshalls who failed to show blue flags to cars ahead of him, notably Villeneuve. With Christian Klien seventh it was a dream start for the team resurrected from the remains of the Jaguar team that Ford so callously discarded at the very end of 2004. Congratulations to all at the Milton Keynes factory!

A few warning signs were visible further down the field. From second, Trulli slumped to a point-less ninth at the flag. Both he and his Toyota have been characterised in the past as lacking race-long pace, and that seemed justified again here. If Trulii was underwhelming, team mate Ralf Schumacher was totally invisible and only his presence on the final positions board persuades me that he actually took part in the race at all.

Fisichella took the flag five second clear of Barrichello having wound his pace down towards the end and, tellingly, with four very fresh-looking Michelin tyres on his car. While others dragged some very scruffy rubber in from the circuit, the Renault looked ready to head off on another race distance. At last, it seems, Ferrari may have some worthy opposition.

Meanwhile BAR pulled both their drivers into the pits on the final lap, to exploit the regulation loophole permitting them to change their engines before the next race. Their winter dilemma of being unable to last for two race distances has apparently continued to haunt them into the season proper.

Are we in for a more entertaining 2005 than 2004, then? On the face of it, very probably, but without the mixed-up grid you wonder whether these new regulations are actually going to promote overtaking at all? Alonso complained he was unable even to pass a car he was 3 seconds per lap quicker than. But Melbourne has never been a circuit that encourages overtaking – we shall know more again in two weeks’ time…

One comment on “A winning start for Fisichella in Melbourne”