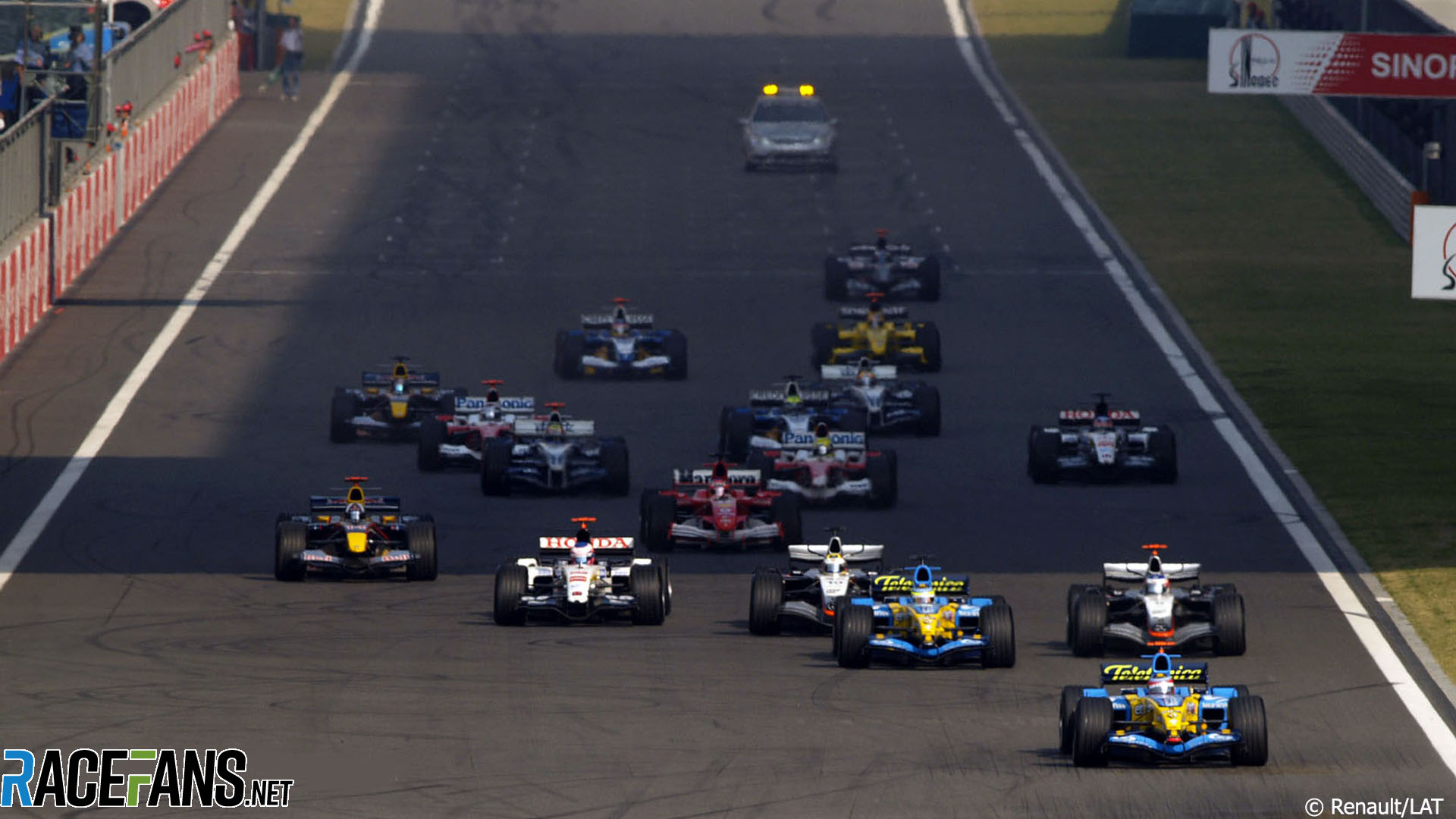 The Formula One calendar was extended to nineteen rounds this year, but the sport would have been far better served by ending on the high of last weekend’s thrilling Japanese Grand Prix than the forgettable affair that was the Chinese round.

The second race at the massive Shanghai International Circuit was a strategic snooze-fest punctuated by two long and unnecessary safety car interventions.

For all the millions expended on building the venue it proved unable to turn the simmering tension of a finely-poised constructors’ championship battle into an even halfway-decent race. Renault annexed the front-row ahead of two McLarens that were clearly heavy with fuel.

During both safety car interventions Renault conspired to keep Fernando Alonso ahead by having Giancarlo Fisichella hold the field up en route to the pits – just as McLaren did with Kimi Raikkonen in Belgium. The difference this time was that the FIA had recently declared that any teams ‘stacking’ the field in this way would be punished. But Renault smartly gambled that the stewards would not enforce this rule either consistently or strongly.

Sure enough, the first transgression was ignored and Fisichella received a mere drive-through penalty for the second that cost him just a single place while Alonso, whom all these manoeuvres were designed to protect, got off scot-free.

McLaren had no alternative but to shadow Renault with Raikkonen as once again Juan Pablo Montoya was eliminated for reasons beyond his control. On lap 18 he struck an exposed drain cover that was practically invisible against the painted kerbs, tearing a hole in his MP4-20. There’s no value in a £200m track if the fittings are not securely fixed to the circuit, risking a potentially serious crash.

Given that the accident was caused by poor circuit preparation the proper thing to do would have been to stop the race immediately, permitting a full inspection of all the kerbs and allowing Montoya to restart. But the unwritten rule that modern races should on no terms be properly stopped prevailed.

The subsequent safety period precipitated a second one, and the combined effect of the two handed the race – and the constructors’ title – to Renault. Fifteen minutes of enforced slow running moved the Bridgestone tyres well out of their optimum running temperatures, as Narain Karthikeyan spun into a huge shunt on lap 30. Again, Renault stacked the field, but this time they got ‘punished’ for it.

Ralf Schumacher, Felipe Massa and Christian Klien elected not to stop at this second opportunity and provided a useful buffer for Alonso between himself and Raikkonen – especially as Ralf Schumacher inexplicably failed to threaten Alonso at the restart.

Karthikeyan was at least in good company with his mistake, for seven laps earlier Michael Schumacher had spun off ignominiously during the safety car situation. This capped a dismal end to a miserable season for the former champion, as he had been involved in a bizarre collision with Christian Albers’ Minardi on the pre-race installation lap and forced to abandon his race car for the spare.

It took the stewards 20 laps to give Fisichella notification of his penalty, by which time Ralf, Massa and Klien had made their stops and Fisichella would only lose the last podium slot to the Toyota driver.

The safety car breaks had worked badly for Jenson Button and David Coulthard who had been fifth and six, but made their fuel stops just before the first full-course yellow. With Mark Webber they battled past Rubens Barrichello on laps 45 and 46, before the Brazilian pitted to replace a flat-spotted tyre. He would finish his final race for Ferrari out of the points in 12th.

Alonso crossed the line to whoops of delight from the Renault pit, returning fire with a solo rendition of “We Are the Champions.” But Pat Symonds said it best after the race when he observed that the race would have been better without the safety car interruptions. If Japan gave us everything good about F1 in one race, China was everything bad.