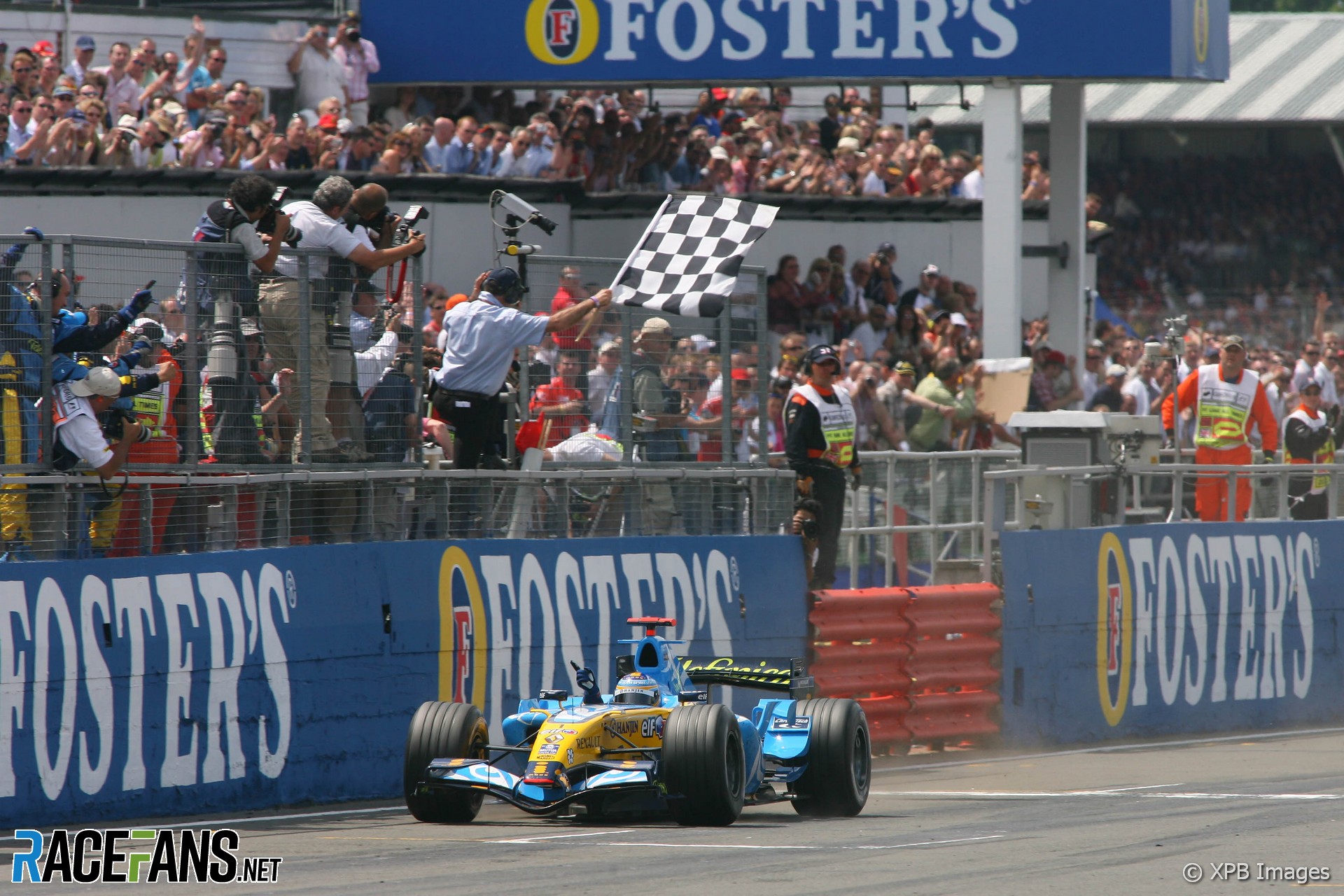 Silverstone provided an ultra-fast spectacle this year, but not the scintillating racing we so memorably saw in 2003. No, this was a Barcelona-style procession: a demonstration of the phenomenal cornering abilities of modern cars, but not the combative talents of their drivers.

If you needed proof that the cause lies with the aerodynamic properties of F1 cars, and not with the drivers, that was provided by Lewis Hamilton in Sunday morning’s GP2 race. He won from eighth on the grid having executed several passes, even at the fastest corners on the track, Copse and Becketts.

The F1 race was a dull affair by comparison.

Michael Schumacher was in a positive frame of mind entering Silverstone. He had put the media fuss over ‘Rascasse-gate’ behind him, and on Friday the much-hyped GPDA meeting passed in 15 minutes without much acrimony – Jacques Villeneuve and Pedro de la Rosa resigning their seats in protest at Schumacher’s refusal to apologise.

Crucially, Schumacher had set a new lap record at Barcelona, which shares Silverstone’s high-speed characteristics. And so when Schumacher found himself third on the grid, behind Fernando Alonso and Kimi Raikkonen, he spoke of the other cars having lighter fuel loads. The race, he clearly felt, would come to him.

It must have been something of a shock, then, when it didn’t. Both Raikkonen and Alonso had heavier cars – Alonso’s carrying four laps’ more fuel than the Ferrari. It took until the second round of stops for Schumacher to take second from Raikkonen, and even then he was aided my a small airbox fire on the McLaren.

So that was the top three: Alonso, Schumacher, Raikkonen. Behind them, Giancarlo Fisichella and Felipe Massa, who started the other way round, and also swapped places during the pit stops. Then Juan Pablo Montoya, the only driver in the top six to have made a pass all day – on Rubens Barrichello into Copse after a safety car restart on lap four.

Further down the field not much more went on. Jenson Button promised to thrill the home crowd early on with a fighting run from 19th. He qualified dismally after his team failed to get him out on a second set of tyres in the first part of qualifying after he was called into the weigh bridge.

On race day, with a special English flag helmet on, he leapt to 14th by the end of lap one, profiting from the Scott Speed-Ralf Schumacher-Mark Webber collision that wiped out all three and prompted the safety car. He then passed Jarno Trulli and Vitantonio Liuzzi, before the Honda V8 blew and sent him spinning off the track. Cruelly for Button, his would be the only mechanical failure of the day.

BMW were the surprise form team at Silverstone. Nick Heidfeld qualified an excellent ninth with 25 laps of fuel on board, and made up three places with an excellent start. He might even have held off Montoya for sixth but for a problem at his final stop. He finished seventh ahead of Villeneuve.

Villeneuve, too, put in another solid performance for BMW. But test driver Robert Kubica’s performance on Friday – 1.2s faster than anyone else – will give him more cause for concern over the security of his seat for 2007.

Nico Rosberg trailled Villeneuve, just out of the points in ninth from twelfth on the grid. Team mate Webber could only manage 17th in an uncharacteristically poor qualifying performance.

The misfortunes in qualifying of Button, Webber and Trulli (whose engine blew) helped elevate Tiago Monteiro to 16th, the first time either Midland had progressed to the second phase of qualifying. But he used an extra set of tyres to do so, and only finished 16th in the race behind team mate Christijan Albers.

David Coulthard did little to raise British spirits with a lonely run to 12th, though it never looked like there was anthing better in the car.

But one place behind him Liuzzi put in another fine performance, if understated and largely out of the limelight. In the Toro Rosso he outqualified Christian Klien’s faster Red Bull then outraced him too, uniquely on a one-stop strategy.

There were many drives of quality at Silverstone this year. But you could only see them by squinting at the timing sheets after the race and by putting qualifying performances in the context of race fuel loads.

Silverstone’s speeds may stun, but in modern Formula One the sporting excellence being masqueraded by technology is getting ever harder to spot.