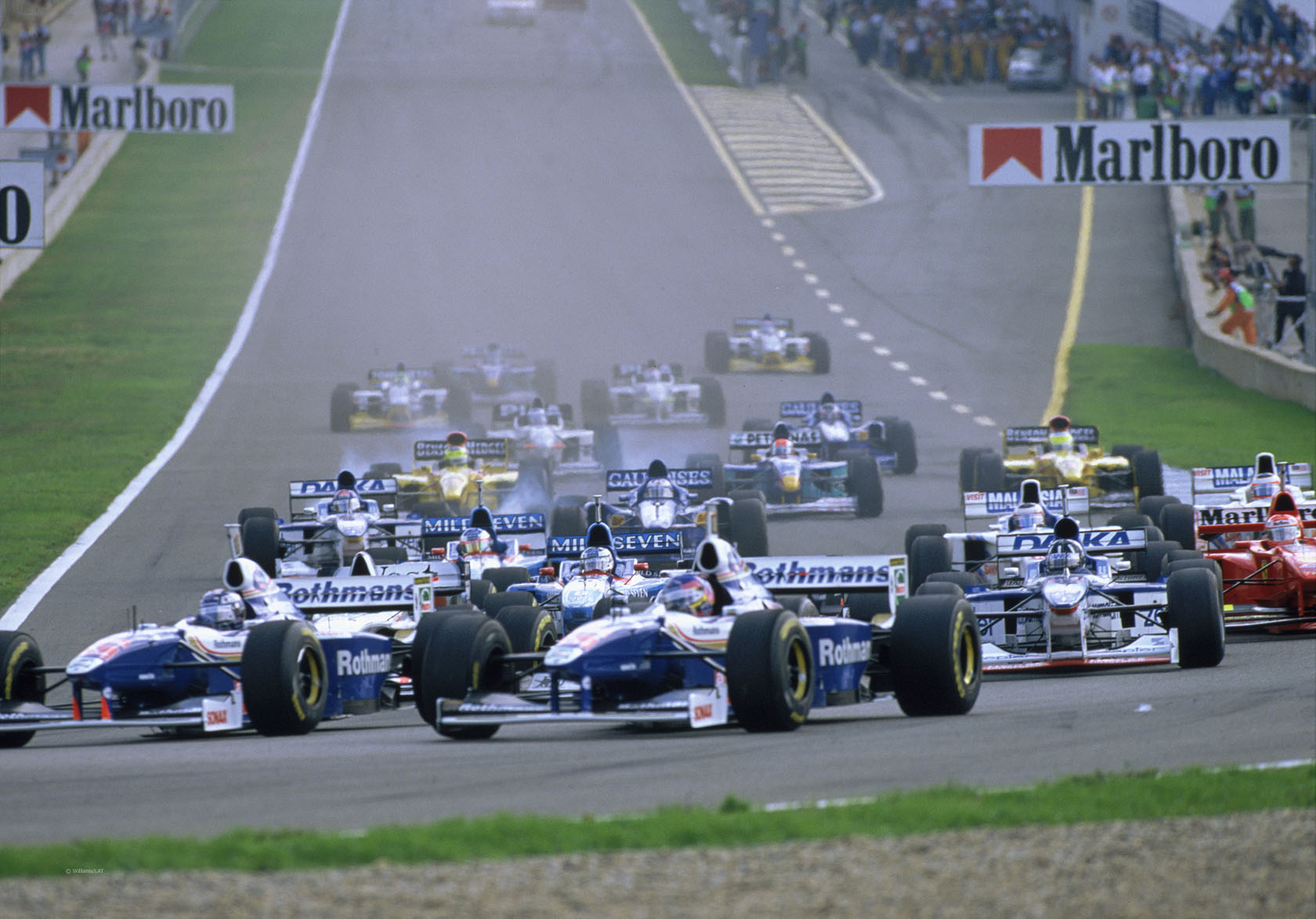 Grooved tyres – surely the greatest anachronism in Formula One today?

No other major open wheel racing series uses them – not the Champ Car World Series, Indy Racing League, GP2, World Series by Renault, A1 Grand Prix – none of them.

In F1, of course, slick tyres have been banned for nearly a decade. Might we soon see their return?

The development and introduction of different tyre technologies is difficult to trace across the motor racing spectrum, including Formula 1.

One thing can be said with certainty – slick tyres originated in the world of drag racing in American in the 1950s. Dragster drivers noticed their treaded tyres became quicker when the grooves wore away, and this soon led to the development of dedicated racing slicks.

Attuning the idea to the tougher demands of circuit racing, with the challenges of corners and far greater distances chief among the problems, took some time. It was not until the early 1970s that slick tyres became a part of Formula 1.

That too had an American influence as the Goodyear and Firestone brands had out-spent Dunlop, squeezing them out of Formula 1. Firestone brought slicks for its teams to use at the 1971 Spanish Grand Prix at the Montjuich Park street circuit. They quickly became de rigeur for dry-weather racing.

The arrival of slicks followed several years of the tread patterns on Formula 1 tyres becoming increasingly fainter and more spread apart – it was almost an evolutionary process.

The same cannot be said for the manner in which slick tyres fell out of use in Formula 1 – that was a swift, decisive blow by the sport’s governing body with the specific intention of reducing cornering speeds.

FIA President Max Mosley had taken many great steps to reduce car performance in the wake of the tragedies of 1994. But when Bridgestone entered F1 in 1997 and a new tyre war began lap times were slashed as cornering speeds went through the roof.

Desperate to contain the escalating speeds Mosley devised new regulations for 1998. Chief among which was inhibiting tyre performance by putting three grooves in the front tyres and four in the rears.

This succeeded in containing speeds in two ways:

First, the tyres indeed proved slower. However, developments in other areas meant that Mika Hakkinen’s pole position time at the opening race at Melbourne in 1998 was only 0.7s slower than Jacques Villeneuve’s had been twelve months earlier on slicks. Nonetheless, without grooves, Hakkinen’s time would have been whole seconds quicker.

Second, it ended the tyre war, as Goodyear left F1 after 1998, unhappy with the grooved tyre regulations. They were not the only ones – reigning champions Villeneuve was just one of many critics of the tyres, although he was surely the most vehement.

Groove tyres ultimately proved to be a limited means of controlling cornering speeds.

Following 1998 an additional groove was added to the front tyres to further cut speeds. Then in 2005 the FIA moved to end the new tyre war between Michelin and Bridgestone, by insisting on a single tyre supplier.

As that tyre supplier can now restrict tyre performance at the FIA’s behest if need be, it has led to hopeful speculation that the unattractive and unbecoming grooved tyres might yet be cast out of the sport.