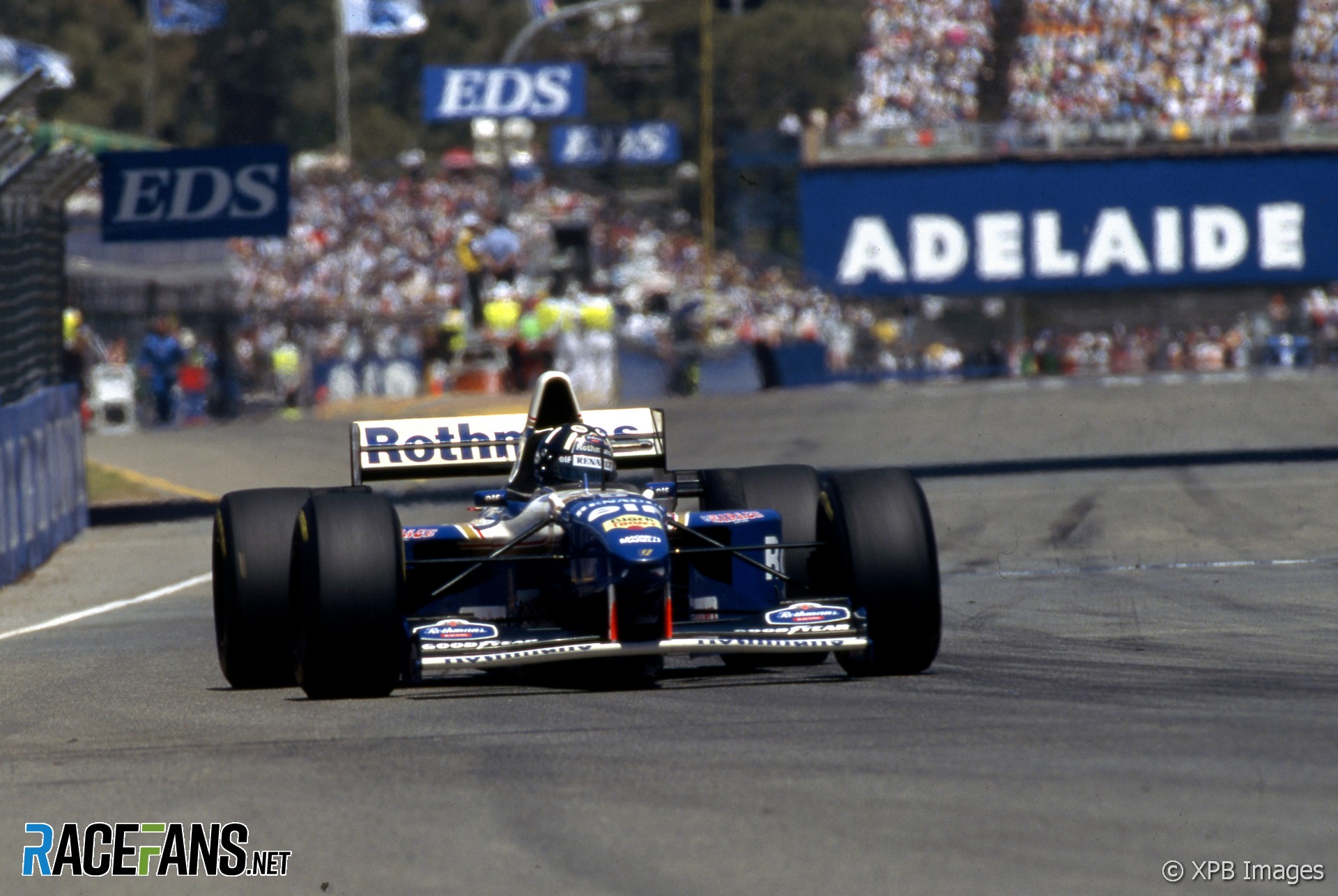 This weekend all eyes turn to Melbourne as a new grand prix season finally gets underway.

The race will see a lot of new beginnings – new drivers, new partnerships and a new, post-Schumacher era.

Twelve years ago the Australian Grand Prix was quite different. It marked the end of the season and the 1995 race saw a great number of drivers making their final appearances for various teams.

It produced a chaotic race of farce, controversy, incident and attrition – which the victor won by an enormous two laps!

It had been a cruel year for Damon Hill. Having led the championship early on he soon found himself and the Williams team powerless against a resurgent Michael Schumacher.

The Benetton driver beat Hill so comprehensively that by the end of the year it seemed as if it was all his rival could do to keep his car on the track. He crashed out at the Hockenheimring, Nurburgring and Suzuka.

To cap it all he would finish the racing year in Adelaide. The scene of that notorious encounter with Schumacher twelve months earlier when Hill lost the championship after being side-swiped by Schumacher’s already terminally damaged Benetton.

If life was tough for Hill, it was substantially worse for Mika Hakkinen. During practice a deflating tyre pitched his car into the unforgiving barriers at almost undiminished scene.

Race medic Professor Sid Watkins rushed to the scene and had to create an artificial airway to keep Hakkinen alive. He was rushed to hospital but, thanks to Watkins’ rapid intervention, his life was saved.

Thus with the withdrawal of the Simtek team earlier in the season the 26 runners that began the year were reduced to 23 starters in the last race of the season. It became 22 when Luca Badoer failed to start the warm-up lap.

Hill took pole – not an unusual occurrence, it was his seventh of the year to Schumacher’s four. But Schumacher had nine wins to Hill’s three and had already wrapped his second title up three weeks earlier at the TI Aida circuit. This race was about pride.

Alongside Hill was team mate David Coulthard. The Scot had upstaged Hill more than once in his first full season and wanted to sign off from the Grove squad by putting the senior driver in the shade.

Third was Schumacher, threatening to embarrass Williams’ strategic inflexibility and exploit Hill’s vulnerable psyche. A then-record tenth Grand Prix win in a single season was there for the taking.

But it didn’t quite work out that way.

The right hand side of the grid got away better – Coulthard passing Hill, Gerhard Berger’s Ferrari surging past Schumacher. Down the long back straight Schumacher could not draw alongside the Ferrari, pushed along by its singing V12 for the last time in a Grand Prix.

Coulthard led comfortably and, after a couple of laps, Schumacher squeezed past Berger. But it all started to come apart for Hill’s rivals at the first round of pit stops.

Several drivers underestimated the slipperiness of the pit lane entry that day, but the one everyone remembers is Coulthard. He darted into the pit entry – on the inside of a hairpin bend – and understeered pathetically into the wall. An instant blooper reel moment that dashed his hopes of leaving Williams on a high.

Jean Alesi in the other Ferrari had moved ahead of the Benetton through the pit stops. Entering the Dequetteville hairpin on lap 22 Schumacher dived for the inside but Alesi clipped the Benetton’s rear suspension. The contact appeared minor but it was enough to put them both out of the race – ruining their last appearances for both their teams.

It wasn’t just the leaders that were taking themselves out. Nine drivers retired in the first 29 laps – all but two of which had crashed.

Roberto Moreno had also been caught out by the pit lane entrance and spun his Forti backwards into the same wall Coulthard had hit. Johnny Herbert, in his last drive for Benetton, locked up but managed to cross back onto the circuit and keep going.

There were comic scenes elsewhere on the track. Heinz-Harald Frentzen was frustrated by the sole McLaren of Mark Blundell and gave the Englishman the finger while his on-board camera was beaming the pictures around the world.

Despite the chaos behind him, Hill motored serenely on. Now the upper-midfield men were dropping out too. Berger’s engine failed, so did Eddie Irvine’s. With 12 laps to go Johnny Herbert’s gearbox packed in.

This was starting to look like a war of attrition. As Hill began his final lap he led Olivier Panis by two whole laps – and the Frenchman’s Ligier Mugen-Honda was belching plumes of smoke into the air.

Mercifully for his reputation, Hill made no mistakes and ended a tough season with a respectable win in a race where his rivals had self-destructed.

Panis made it in second and Gianni Morbidelli was a delighted third for Footwork (nee Arrows). Blundell was fourth. Mika Salo brought his Tyrrell in fifth and a Minardi was sixth, driven by Pedro Lamy.

Seventh-placed Pedro Diniz came as close as Forti ever got to scoring a point. Bertrand Gachot did likewise for Pacific, eighth in what would be their last race.

That was the last F1 race around the streets of Adelaide before Bernie Ecclestone took the race to Ron Walker’s picturesque Albert Park track. The new venue many not have the bruising characteristics of its predecessor, but it has proven a popular start to the Grand Prix season.

When more people are talking about using street races as a means of bringing races to the fans, you only have to look back to the popularity of the Adelaide races to know it’s a winning formula. The V8 supercar race there every year still draws massive crowds.