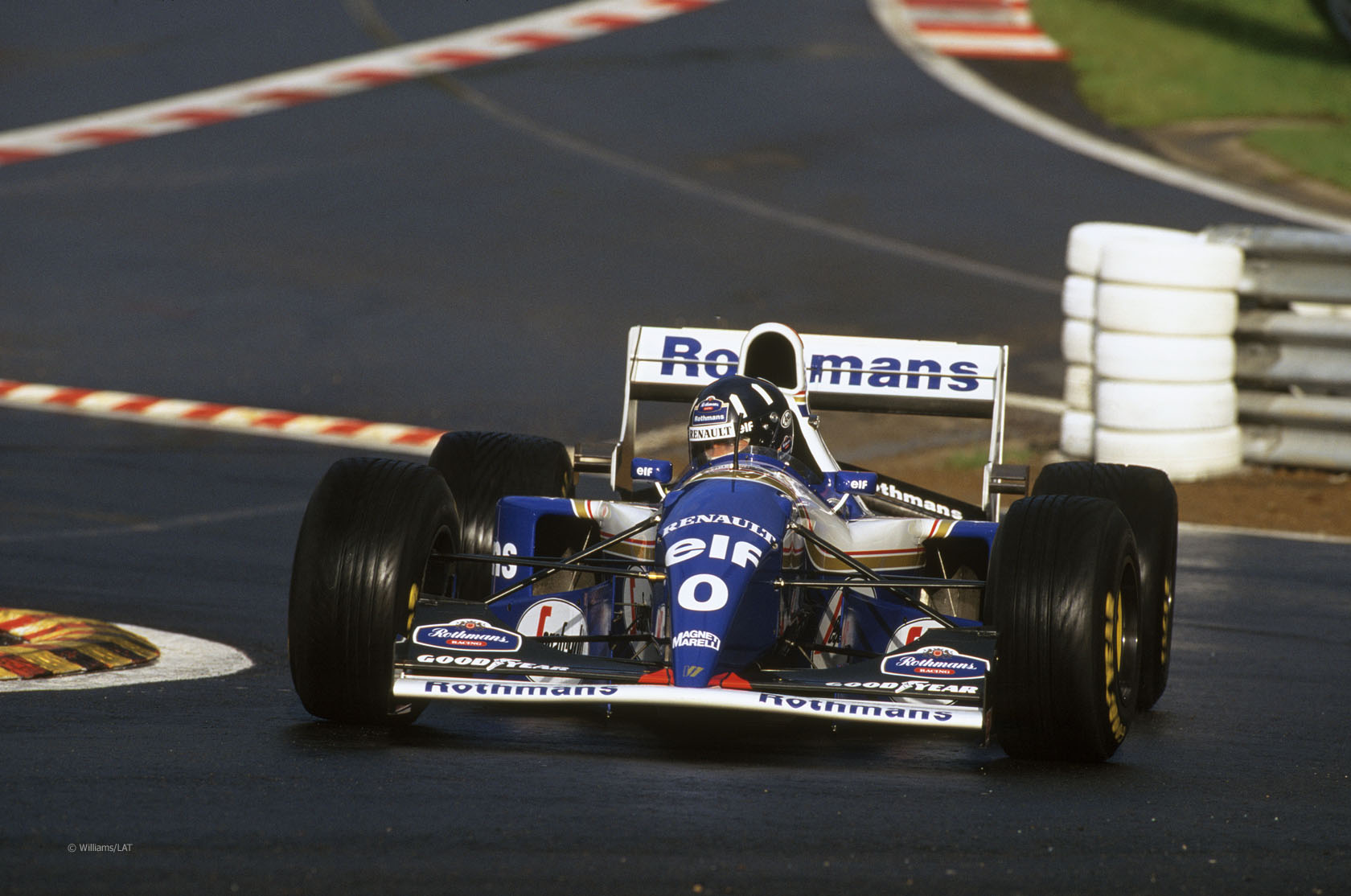 Trees get Dutch Elm Disease. Rabbits get myxomatosis. F1 circuits get Chicane Blight. And the original victim was Monza, the next stop on the calendar.

Happily, Monza has still remained a decent track where the teams trim the cars for top speed and they reach almost 350kph on the run to turn one.

But Chicane Blight has caused some grotesque distortions of fine circuits around the world. Here’s ten of the worst offenders – feel free to add your own.

The tragedies of 1994 were forced by a frantic scramble to toe down the fastest corners on the F1 calendar.

The Grand Prix Drivers’ Association demanded a special tyre chicane to slow the cars before the fast right-left flick Nissan at the Circuit de Catalunya.

It looked like a security checkpoint which earned the nickname ‘Beirut’. The following year Nissan was straightened and the tyre chicane was also gone.

The approach to the Ostkurve at the original Hockenheimring certainly needed slowing – it was the scene of Patrick Depailler’s fatal crash in practice in 1980.

But the first effort at building a chicane was terrible – basically two separate lanes of track crudely joined together with some vicious kerbs and a tyre chicane. It was most famous as the scene of Nelson Piquet and Eliseo Salazar’s kung-fu fight in 1982. The corner was later widened and improved. Another corner to get the chicane treatment in 1994 was Eau Rouge.

The following year the corner was back to normal as if nothing had ever happened, but Eau Rouge has since been given more run off and resurfaced for better grip.

Just to prove that adding chicanes to slow cars is not a new invention. One was added to the 25km Pescara road course in 1934 to slow the cars before they reached the pits.

But the wide corner didn’t do very much to slow the cars down. Two more chicanes were planned for the 1957 race – the only world championship event on the track – but they weren’t built, and as a result several teams found themselves with the wrong gear ratios when they arrived.

Built to slow the cars before the fast Esses and quick Parabolica corner, Saca-Rolhas would have been a slow corner at Monte-Carlo, never mind on a road circuit.

Nevertheless it was the scene of Michael Schumacher’s excellent pass on Damon Hill in the 1995 race. At the last Portuguese Grand Prix the following year McLaren team mates David Coulthard and Mika Hakkinen ran into each other.

Given the enormous amount of money preparing Magny-Cours for its first Formula One Grand Prix in 1991, could they not have come up with a better penultimate corner than the chicane before Lycee?

The strange, high-kerbed chicane led drivers into the tight right-hander before the pits. It was scrapped in 2003 by Hermann Tilke, who left an equally pointless chicane in its place. Sometimes it’s as if they just can’t help themselves.

Having already installed a chicane at Tamburello in 1995, why was a second chicane needed a few hundred metres down the road at the former Villeneuve kink?

It guaranteed there would be no overtaking between Tamburello and Tosa at Imola, and reinforced the track’s status as the worst suffered of Chicane Blight. From 1995-2006 (when it was renovated despite having lost its spot on the F1 calendar) it had four chicanes out of nine corners.

Another great corner chopped in the name of safety, this time following the multi-car crash triggered by Jody Scheckter in the 1973 race.

The chicane used from 1975 was fairly quick and featured sharp, high kerbs that threatened to launch cars into the air. Niki Lauda remarked that he wouldn’t want any of his loved ones sat in the grandstands.

A different chicane was used from 1987 that interrupted the flow of the old, fast Silverstone but nevertheless provided a useful passing place. But that too was dropped in 1991.

A chicane was inserted between the Europcar and New Holland bends at Barcelona this year to improve safety.

But hopes that the corner might aid overtaking were dashed – this year’s Spanish Grand Prix was just as processional as the last.

I’m calling this a chicane because although it is named as two separate corners it has all the properties of a chicane and is surely the worst corner ever built on an F1 track.

The ugly, slow double hairpin would be an embarrassment on any circuit, least of all one at the temple of speed that is Indianapolis.

The only good thing about F1 not going to America this year is that we’ll be spared the sight of seeing F1 drivers crawl through these bends at maximum lock.

It did catch out Schumacher while leading in 2000, though. He was probably bored.