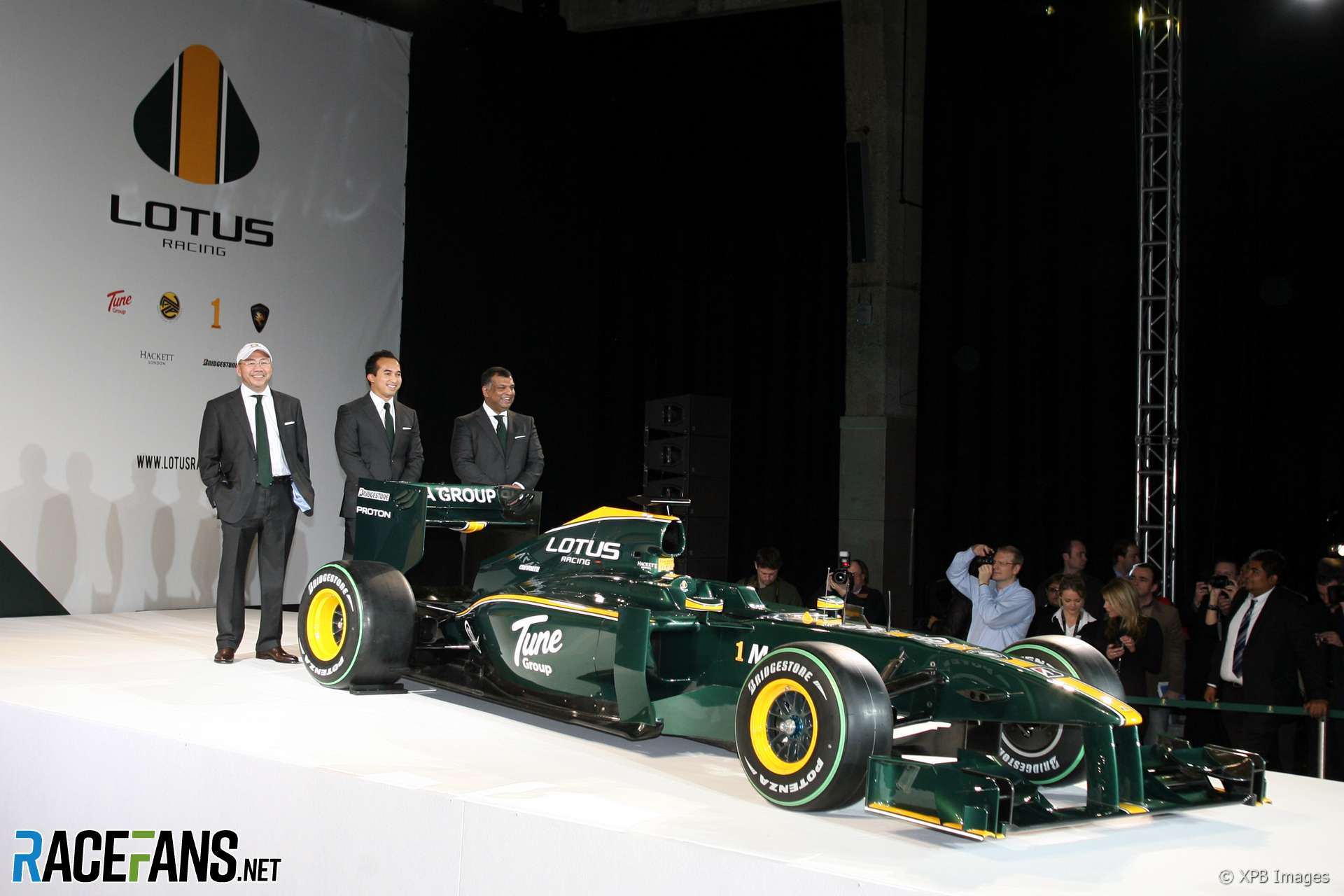 Lotus has officially revealed the car it will return to F1 with in 2010 at a launch ceremony in London.

154 comments on “Pictures: Lotus launch the T127 as historic name returns to F1”