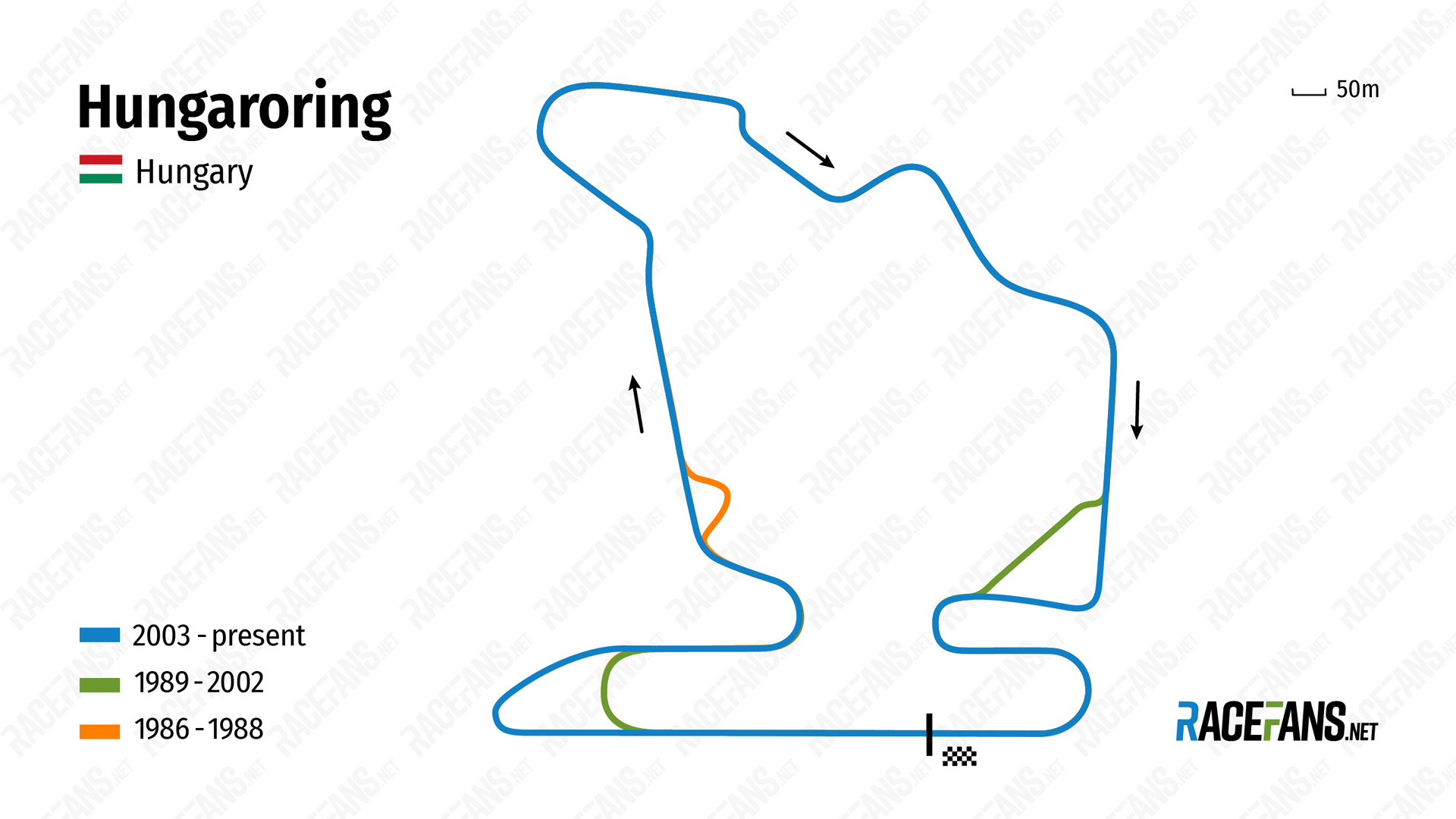 This year sees the 25th F1 race at the Hungaroring.

When the track was first built it was derided for being slow, boring and lacking opportunities for overtaking.

But as track designs have become ever less varied, has the time come to re-appraise the popular view of the Hungaroring as one of the least exciting tracks on the calendar?

In its original configuration the circuit was slightly shorter than it is today, and with even less room for overtaking.

The first change came in 1989 when the exit of turn three was straightened out. This had originally been a tight curve put in to avoid an underground stream.

It was a good thing the organisers managed to move it, or we might not have seen one of the most dramatic moments ever witnessed at the Hungaroring that year: Nigel Mansell’s three-abreast passing move on Ayrton Senna as the pair lapped Stefan Johansson.

Two further changes were made to the track layout in time for the 2003 race. The start/finish straight was extended (though it remains one of the shortest on the calendar) and a new, tighter first corner built with the aim of increasing overtaking opportunities.

For the same reason the fast chicane at turn 12 was turned into a straight followed by a right-hander. The former change has had a greater effect on racing than the latter, but this is still a track with a reputation for being very hard to overtake on.

Nonetheless, after a succession of increasingly similar Hermann Tilke-designed new tracks have appeared on the calendar, perhaps it’s time we cut the Hungaroring a little slack.

As Fernando Alonso, who scored his first win here in 2003, points out, the twisty section at the back of the circuit is hard work for the drivers:

You need to drive a bit like a rally driving style all through the lap. There is no time to breathe, it’s corner after corner, it’s like a small go-kart circuit for Formula 1.
Fernando Alonso

It’s also a good venue for spectators. Set in a natural bowl, views across the circuit are good from several stands. It draws a substantial crowd from nearby countries which don’t have Grands Prix, such as Poles coming to see Robert Kubica.

Video: How the Hungaroring has changed

After 25 years, is there now something to be said for the Hungaroring? Does it just seem better because of the quality of the new venues added to the F1 calendar in recent years? Or is it still the same unexciting, unloved venue it’s always been?