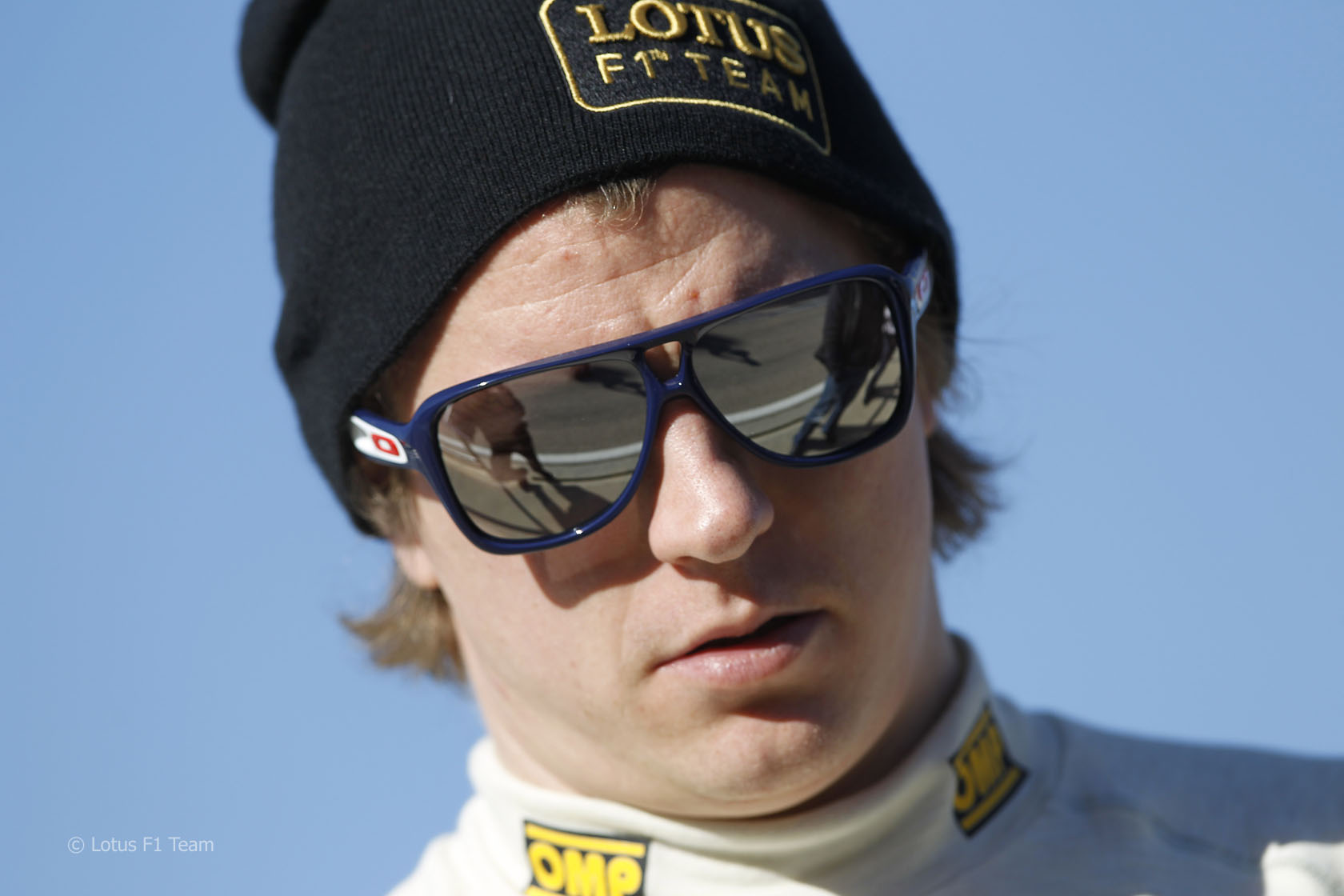 By the end of the week we’ll have seen the new Ferrari, Force India and Lotus too.

So before the cars are revealed, and accompanied by the usual claims of “this will be my season” and “we’ve made a radical step forward”, let’s take a moment to savour the season ahead and consider what we’ve got to look forward to in 2012.

This year could be the biggest ever season of Formula 1. The 2012 F1 calendar is the longest ever with 20 races stretching from March to November (though of course we can’t exclude the possibility of a race being cancelled as happened last year).

And for the first time in F1 history we will see six world champions assemble on the grid when the cars arrive in Melbourne.

Special attention will be focused on Kimi Raikkonen’s return to the cockpit after a two-year absence. Excitingly, Raikkonen is paired with reigning GP2 champion Romain Grosjean in an all-new line-up at Lotus (aka The Team Formerly Known As Renault).

Raikkonen’s is a divisive figure, loved by many but regarded with disdain by some. But his credentials as a racer are not in dispute.

One of the most fascinating questions of 2012 be whether Raikkonen can recapture the brilliant peaks of form we saw in his McLaren days and world championship-winning season, and shake off the stupor which appeared to afflict his driving late in his Ferrari career.

…and hopefully Robert Kubica’s too

The dreadful injuries suffered by Robert Kubica almost one year ago cast a pall over the start of the 2011 season.

Kubica’s road to recovery has been anything but smooth with multiple operations and, just a few weeks ago, a fall which further complicated his rehabilitation.

But Kubica – the man Fernando Alonso regards as F1’s best driver – appears set on a return to the top flight once his recovery is complete.

For him it surely can’t come soon enough. But all those who want to see him back at his bet will surely hope he waits until the damage has fully healed before returning to competition.

With a calendar increasingly populated by drab Hermann Tilke clones, F1’s occasional visits to classic Grand Prix venues are something to be cherished.

Treasure the races at venues like Spa-Francorchamps, Suzuka, Monte-Carlo, Silverstone and Montreal. With an increasingly congested schedule, race hosting fees rising and growing economic pressures, they may not be there forever.

Tilke’s latest creation, the Circuit of the Americas in Austin, Texas, will host its first Grand Prix in November. On paper, there’s much to anticipate about this new venue, with a Silverstone-inspired opening sequence of fast corners and ample elevation change.

And F1’s return to the States is certainly something to be celebrated. F1’s popularity in America may never rival that of NASCAR or the National Football League. But being a minority sport which in a country of over 300 million people is hardly a bad thing.

And it’s clear from the feedback I’ve read on F1 Fanatic the sport has many dedicated and passionate followers in the USA.

For those who lament conservative driver line-ups and the limited opportunities afforded to young drivers, Toro Rosso’s line-up for 2012 is highly exciting.

Daniel Ricciardo and Jean-Eric Vergne are both champions of British Formula Three who have excelled in Formula Renault 3.5 and had an introduction to driving F1 cars. Ricciardo, of course, already has half a season at HRT behind him.

Both know they have a chance to drive for world champions Red Bull if they show signs of being the next Sebastian Vettel. Here is one of the most tantalising intra-team contests of the year.

The new season looks set to begin without Rubens Barrichello and Nick Heidfeld – two drivers with over 500 F1 starts between them.

But there is life after Formula 1. Several top drivers are moving into new championships this year and are definitely worth keeping an eye on.

Nick Heidfeld is expected to be confirmed at Rebellion Racing in the new World Endurance Championship this week.

He will be up against fellow former F1 drivers Alexander Wurz and Kazuki Nakajima who will drive ex-F1 entrant Toyota’s hybrid LMP1 car.

It may be over ten years since Jean Alesi last races in F1 but the competitive fire still burns and he’s planning to tackle the Indianapolis 500 with Lotus this year.

Will he be joined by Rubens Barrichello? The former Williams driver is testing for his friend Tony Kanaan’s IndyCar team KV Racing today amid speculation he might switch to the series this year.

According to F1 Fanatics, 2011 saw better races than we had seen in any of the three previous seasons.

While the role of the controversial Drag Reduction System in that is fiercely disputed by its critics and defenders, the role played by the more challenging tyres introduced last year is generally better appreciated. And in 2012 Pirelli have promised to push the envelope further.

Last week F1’s official tyre supplier announced substantial changes to their tyre range this year including even softer compounds, which they expect will challenge the teams, create greater strategic variety and better racing.

The addition of a single in-season test will add a new dimension to the start of the season.

For one thing, teams will have just 12 days of testing before the season begins. The likes of Mercedes, whose new car will not appear at the first test, will only get eight days’ running with it before the first race weekend of the year.

Before the start of the ‘European season’, teams will head to Mugello in Italy for three days of running. Look out for teams planning radical upgrades for the following race in Spain to take advantage of the test.

The drivers’ market has been rather unexciting for the last two years, leading some to dub it the ‘sensible season’.

But that could all change this year as at least one driver in each of F1’s top teams has their contract up for renewal at the end of the season: Lewis Hamilton at McLaren, Felipe Massa at Ferrari, Mark Webber at Red Bull and Michael Schumacher at Mercedes.

Will Hamilton commit his future to McLaren once more? Will someone get a chance to take Webber’s place with the current world champions? Will a new driver join the hallowed ranks of those who raced for the Scuderia?

Expect some wild rumours and, hopefully, a few surprises.

What are you looking forward to in 2012?

What are you looking forward to this year? Are you planning a trip to a Grand Prix? Let us know in the comments.