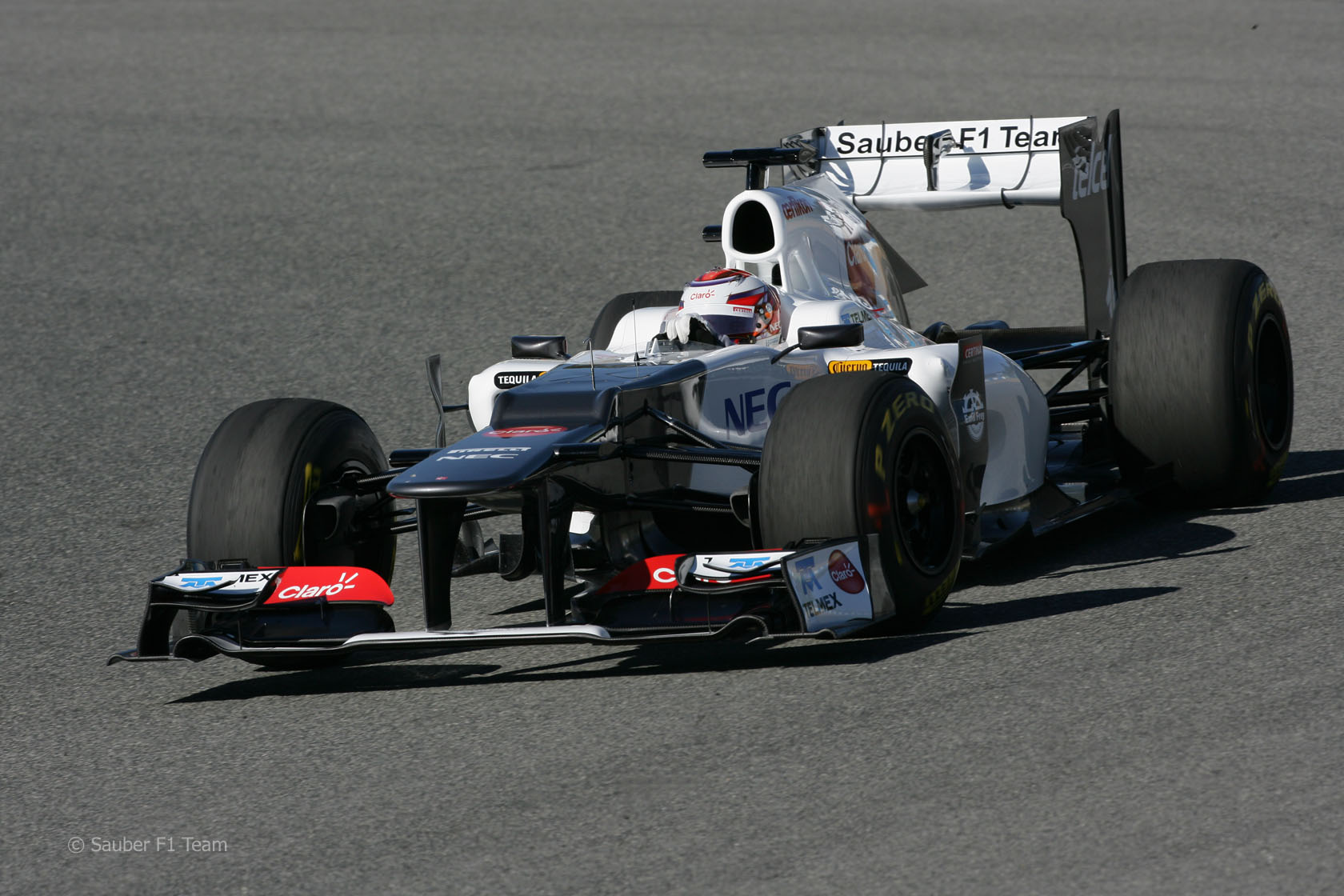 Sauber have unveiled their contender for the 2012 F1 championship.

The C31 was revealed today in Jerez and will be driven by Kamui Kobayashi and Sergio Perez this season.

Sauber finished seventh in the championship last year. However just days before the launch of their new car the team announce technical director James Key, who had been with them since 2010, was leaving the squad.

Chief designer Matt Morris says the team’s 2012 F1 car is a combination of new ideas and concepts developed from its predecessor.

Following the launch of the Sauber C31 in Jerez, Morris said: “The C31 is revolutionary where we had fresh ideas, particularly at the rear of the car, and it is an evolution where we knew we could carry over certain approaches. We had to improve on the weaknesses we identified on the C30, but at the same time we wanted to maintain its strengths.

“We had established some good directions to go in towards the end of last year with the C30 which we wanted to continue with, particularly some of our DRS developments, and some of the ways we were opting for with the car?óÔéĽÔäós set up in order to improve our qualifying performance without compromising our race pace.”

Morris added he expects the ban on exhaust-blown diffusers to help the team: “Because of the new definition in the rules we know that the disadvantages we had last year with a lack of the strong exhaust effect will be less of an issue for us now. As a result we evolved further our directions from C30 regarding the overall aero development of the car.”

He added the car “will look quite different in Melbourne” once further upgrades are added to it.