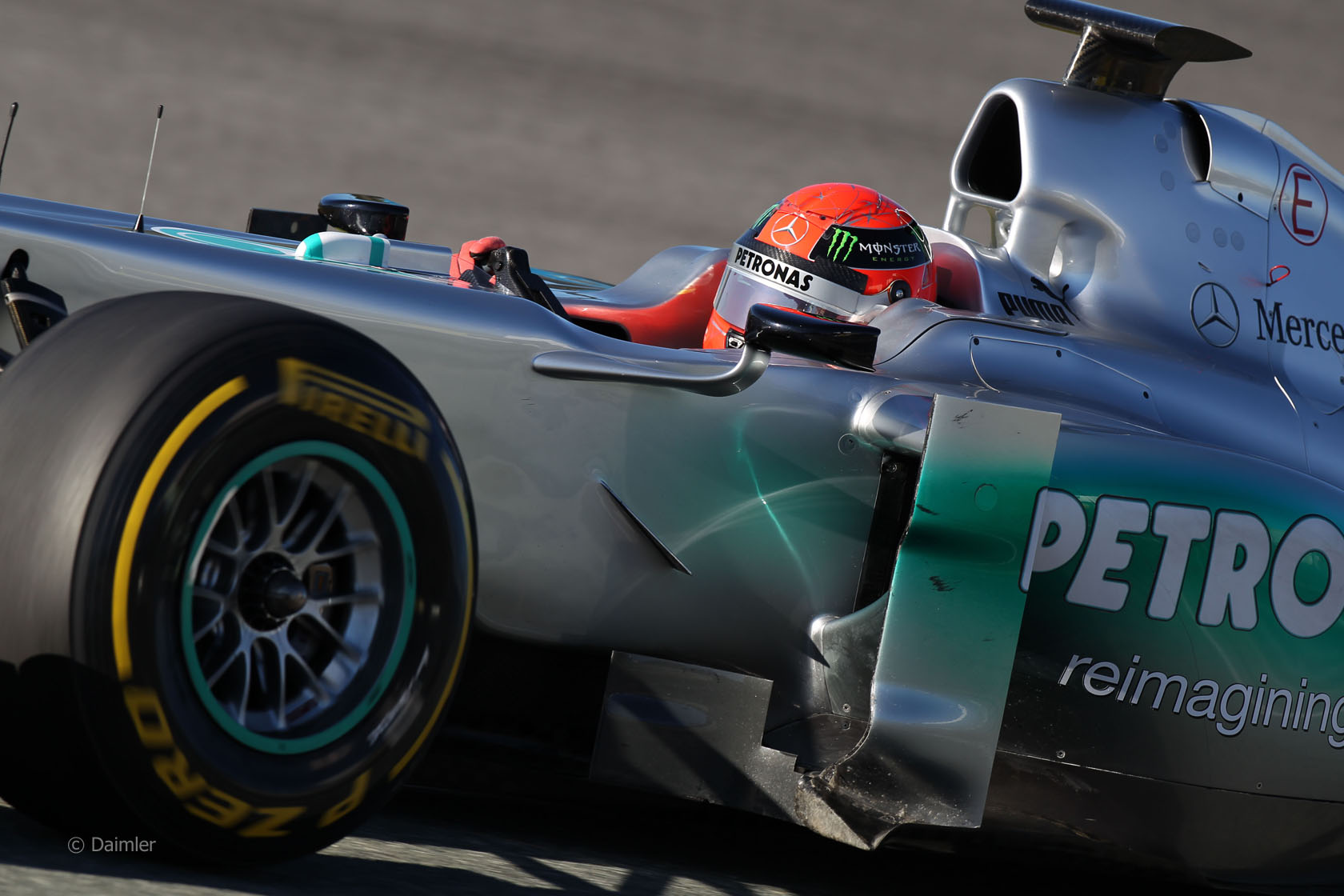 Michael Schumacher topped the times on the second day of testing at Jerez.

Raikkonen completed his second full day of testing for Lotus, he and Schumacher sharing a track for the first time since Schumacher first retired at the end of 2006.

He had a minor off in the morning, skidding into a gravel trap in the E20. But he continued his programme, running a longer stint in the afternoon and ending the day fourth having logged well over 100 laps.

Daniel Ricciardo snuck inside Raikkonen’s best time from Tuesday, setting a 1’19.587 in the Toro Rosso STR7. Jean-Eric Vergne will have his first run in the car tomorrow.

The Ferrari F2012 completed almost 100 laps in Felipe Massa’s hands. He was seventh-fastest ahead of Jenson Button in the McLaren.

Among the new faces was Jules Bianchi, who had his first run at the wheel of the Force India in the morning, before handing it back to Paul di Resta.

Sergio Perez took over from Kamui Kobayashi at Sauber.

At Caterham, Heikki Kovalainen used KERS in the car for the first time, and racked up an impressive 139 laps. New reserve driver Giedo van der Garde will make his debut for the team tomorrow.

Tomorrow Sebastian Vettel, Lewis Hamilton and Fernando Alonso will be in action for their respective teams.