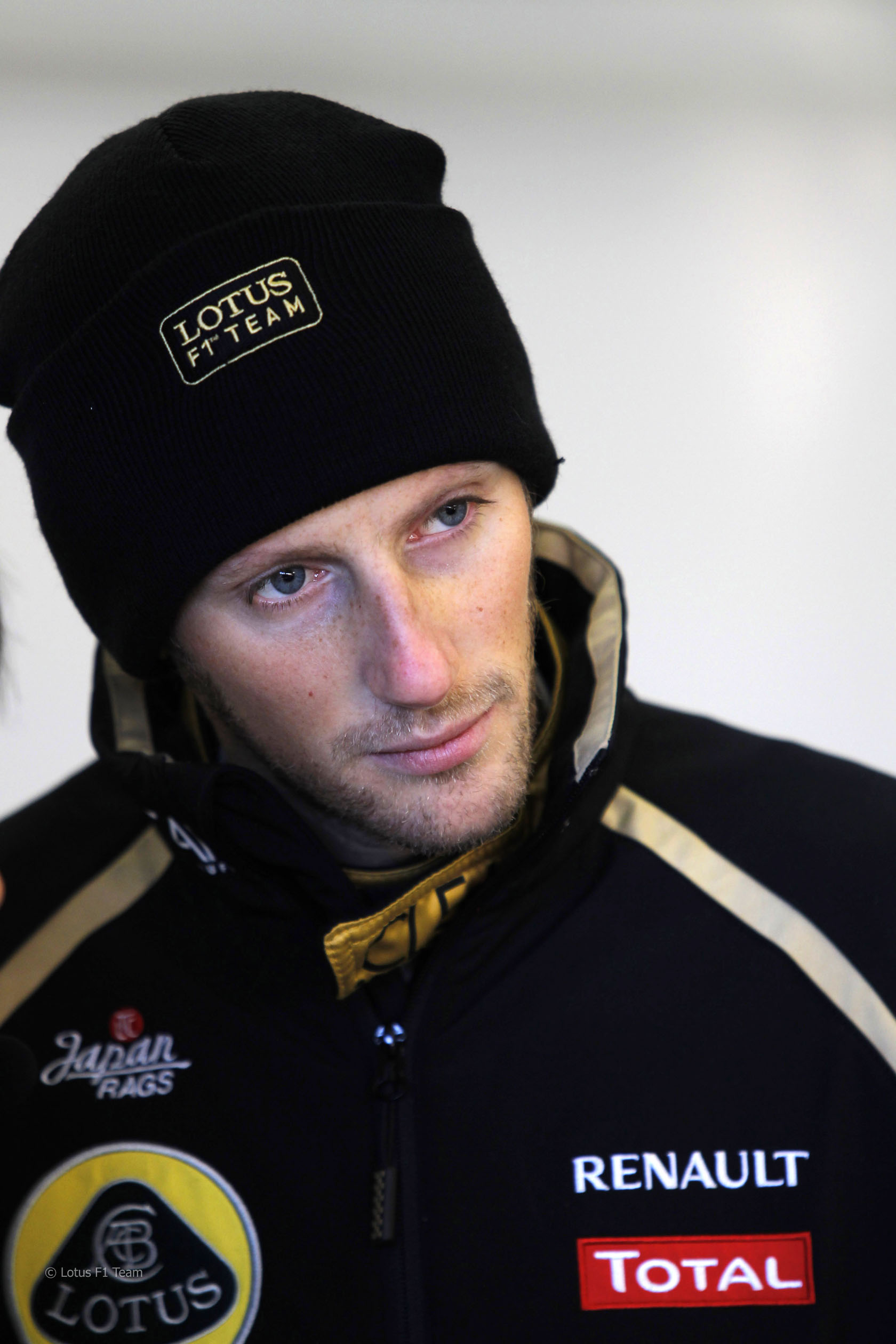 In the last two seasons France has had no F1 drivers and no race of its own.

But the estrangement between the sport and the country which gave us the phrase “Grand Prix” will be a thing of the past this year. The 2012 F1 driver roster boasts not un, not deux, but trois French racers.

Joining the three new drivers from France is Australian Daniel Ricciardo. All four are embarking on their first full seasons of Formula 1.

Getting a single chance in Formula 1 is hard enough – just ask last year’s World Series by Renault champion Robert Wickens, who hasn’t been able to find a place in the sport’s top flight this year.

Romain Grosjean has been lucky enough to get a second chance. His first came in late 2009, substituting for Nelson Piquer Jnr at Renault.

Owing to restrictions which had just been introduced at the time, Grosjean was among the first drivers not to have the extensive testing time available to his predecessors.

Making matters worse, Renault were in disarray following the ‘Crashgate’ revelations, which forced out team principal Flavio Briatore and technical director Pat Symonds. And Grosjean found himself up against one of the best drivers in the sport – Fernando Alonso.

His brief debut was not a success and he was not retained for 2010. But after two years away Grosjean will race for the team again this year.

During his absence Grosjean was appointed to galvanise the under-performing DAMS GP2 team and take them to the championship. More mature and less error-prone than before, he got the job done with three races to spare.

He was given the chance to drive Renault’s R31 in practice sessions last year. He said it was, “a real test in terms of seeing if I had the speed, feedback and everything the team was looking for”.

Team principal Eric Boullier is a supporter of Grosjean’s and duly promoted him back to the race team. But Grosjean will once again have to face up to sharing a team with a world champion – this time, Kimi Raikkonen.

This makes for an intriguing partnership between the pair whose last F1 starts came in Abu Dhabi in 2009. Both were among the quickest at Jerez last week, and the contest between the two comeback kids is certainly one to watch.

Grosjean, who was born in Geneva and holds dual French-Swiss nationality, is staying realistic about his chances: “Formula One is a big, big challenge, but I think the biggest challenge personally will be to get 100 per cent out of myself and the car, every time. No mistakes.

“That is the life of a Formula One driver. You need to get 100 per cent out of the car, focus, concentrate and improve lap after lap.”

Toro Rosso’s status as Red Bull’s ‘junior team’ was made emphatically clear when both Jaime Alguersuari and Sebastien Buemi were cut from the squad at the end of last year. Team principal Franz Tost recently said the pair lacked the talent to graduate to a seat with Red Bull.

Having seen Alguersuari condemned to the F1 scrap heap before he’d reached his 22nd birthday, Ricciardo can’t be under any illusions how high the stakes are. Get it right and he could end up at the wheel of a car good enough to win the world championship.

Get it wrong and he will join the ranks of Scott Speed, Sebastien Bourdais and the other Toro Rosso rejects.

Ricciardo arrives at Toro Rosso with some F1 experience courtesy of his stint at HRT last year. He also boasts a strong CV from his time in junior formulae.

He won the British F3 championship in 2009 and would surely have been a rookie champion in Formula Renault 3.5 the following season had he not been rammed by Jon Lancaster in a bizarre crash at Silverstone.

Encouragingly for Ricciardo and his even-less-experienced team mate, the STR7 looked handy during its first test at Jerez last week.

Vergne and Ricciardo have been team mates before: the pair shared a berth at Formula Renault 2.0 team SG Formula in 2008. Ricciardo claimed the title that year while Vergne finished fourth.

“We have similar driving styles and we get on well and that will be a positive factor for us next year,” said Vergne. “Dan could probably have a slight edge over me at first as he has done 11 races this year, but let?óÔéĽÔäós see how it develops, as we have all the winter testing ahead of us before we start racing.

“I know that I have a lot to learn, so I hope I can do that quickly. I am conscious it could be very tough, but I also know that in general, I learn and I adapt very quickly: certainly that was the case in every category that I have raced in so far. Formula 1 is different, tougher than all the rest, but I feel confident.”

Vergne shadowed Ricciardo’s progress up the motor racing ladder. Ricciardo won the British F3 championship with Carlin in 2009, Vergne did likewise the year after. And after Ricciardo was runner-up in Formula Renault 3.5 on his 2010 debut, so Vergne did the same last year.

Both turned out for Toro Rosso last year in a Friday testing capacity and have had the chance to sample Red Bull’s car in the young drivers’ tests.

So far there’s not been much to separate them, and that should make for an absorbing contest between the pair at Toro Rosso this year.

For the third year in a row Marussia (formerly Virgin) have appointed a rookie alongside the experience Timo Glock.

Can Charles Pic do what Jerome D’Ambrosio and Lucas di Grassi couldn’t and hold onto his place in F1?

Realistically, whether he does or not could be out of his hands. At this end of the grid, sponsorship can count for at least as much as talent.

With seat time at a premium it’s a concern the team did not take advantage of the opportunity to give Pic some time at the wheel of last year’s car in Jerez last week.

Pic showed a decent turn of speed in GP2 last year. In nine qualifying sessions he was the only driver to bag pole position more than once.

But at times luck deserted him – he failed to take up his place at the front of the grid in Valencia due to a technical problem. Nonetheless he claimed a pair of wins and three second places – with most of his best results coming in the longer feature races.

He could prove the trickiest team mate’s Glock’s had at Virgin/Marussia. They can expect to spend more time racing each other than the rival teams, with the probable exception of HRT.

Which of this year’s new drivers have you got your eye on? Have your say in the comments.

You can choose which drivers and teams you support by logging in with your F1 Fanatic account and going to My account > Profile > Edit.