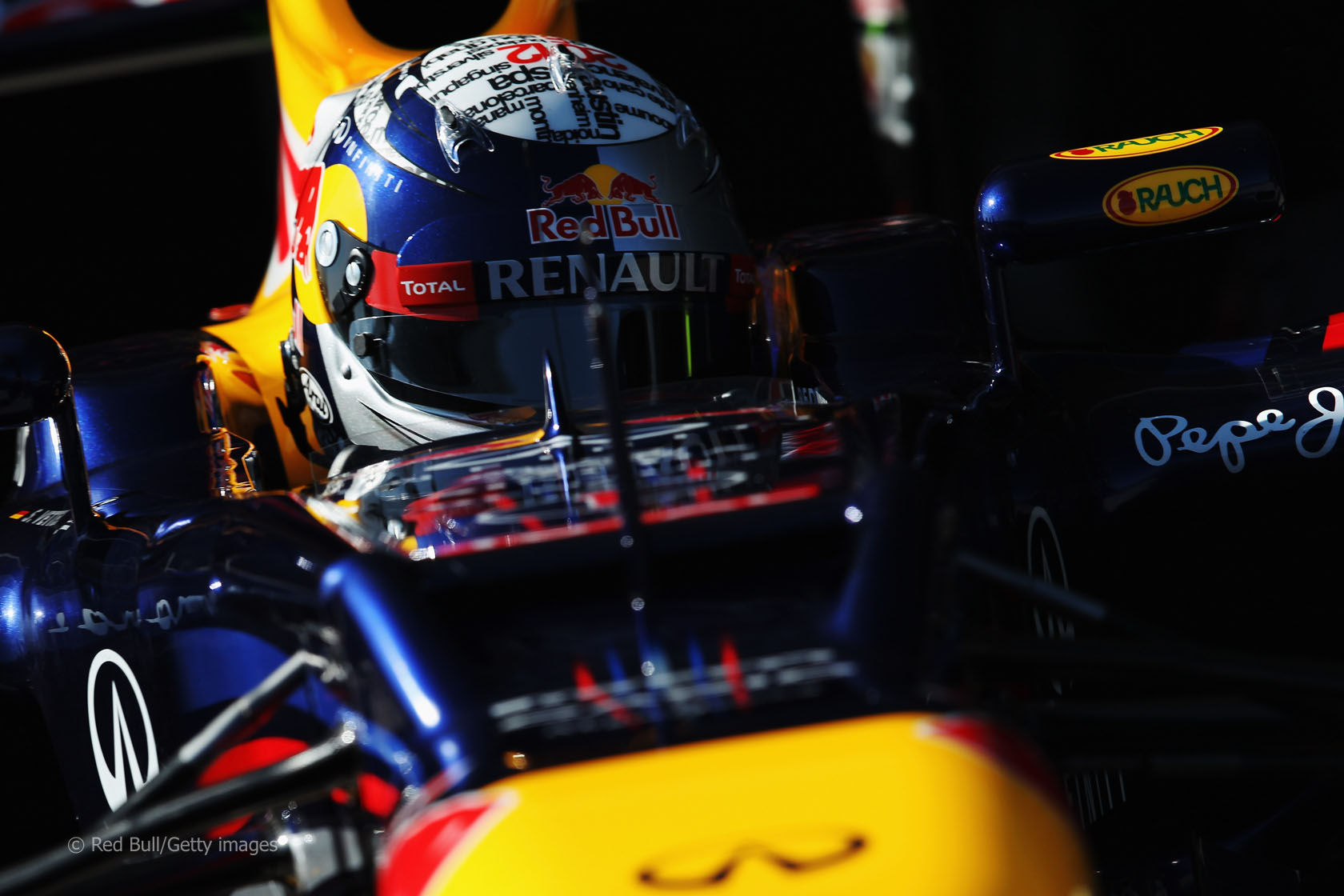 Sebastian Vettel led the way for Red Bull in the first day of testing at the Circuit de Catalunya today.

The world champion set a best time of 1’23.265 – two seconds slower than the fastest lap of the circuit in testing last year, set by Michael Schumacher.

Schumacher was at the wheel of the new Mercedes W03 for the first time at a public test and was one of six drivers to lap within a second of Vettel’s best time. The others were Nico Hulkenberg, Lewis Hamilton, Daniel Ricciardo, Fernando Alonso and Sergio Perez.

Charles Pic had his first run for Marussia after being confirmed as the team’s second driver this year. He drove the team’s 2011 car and was slowest of the day’s runners.

Heikki Kovalainen brought out the red flags early on in the day when he spun his Caterham. The team blamed a problem with the rear suspension and Kovalainen spent several hours in the pits while it was sorted out, before returning to the track.

Sauber also lost time with a problem on their C31 requiring them to remove its gearbox for repairs. And Daniel Ricciardo’s Toro Rosso came to a stop with an hour to go, bringing out the red flags once more.

But Lotus were hardest hit by technical problems. The team had to scrap the day’s testing entirely after running into a problem with their second E20 chassis.

40 comments on “Vettel fastest on day one in Barcelona”