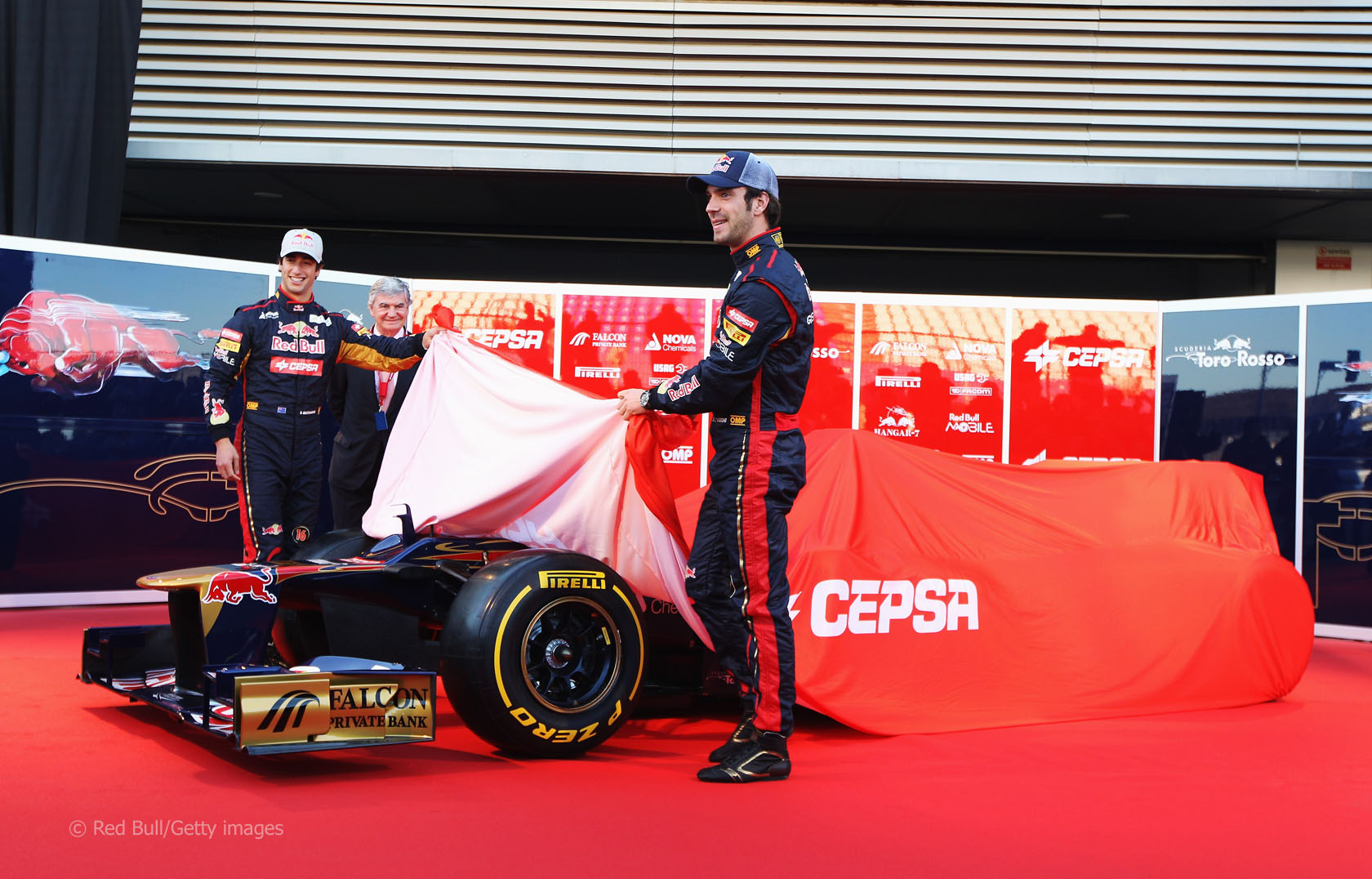 This is not a team with its own ambitions of winning races and championships. This is Red Bull’s nursery.

The dropping of Buemi and Alguersuari surprised some, but their stints of three- and two-and-a-half years respectively meant they spent longer with the team than many of their predecessors.

Vitantonio Liuzzi had two seasons before being dropped, Scott Speed a year and a half and Sebastien Bourdais the same.

Sebastian Vettel also spent a year and a half at Toro Rosso – before his promotion to Red Bull. At Toro Rosso you either move up or move out.

Having the least experienced driver line-up in the sport is, therefore, familiar territory for the team.

With that in mind, what can their latest pairing expect to achieve in 2012?

Compared to his team mate, Daniel Ricciardo has the advantage of having spent the second half of last year in F1, driving for HRT.

While it’s difficult to draw judgements about any driver in such an uncompetitive car, Ricciardo looked good up against his more experienced team mates.

Ricciardo and Vergne have performed very similarly in the junior categories so far. But Ricciardo’s extra experience in the top flight – however small it may be – should give him an edge.

But, like his team mate, he is unfamiliar with many of the tracks which host the opening races.

Jean-Eric Vergne is one of only two drivers with no previous F1 starts to his name who will be on the grid in Melbourne.

He made a rapid ascent through the junior formulae and narrowly missed out on winning the Formula Renault 3.5 championship in his first full season last year.

For more on Toro Rosso’s new driver line-up, see the guide to the rookies of 2012:

Toro Rosso’s transition from Red Bull customer car team to full constructor has required them to expand their design team.

Their work began to bear fruit towards the end of last year when the STR6 became a regular points contender.

As is the case with many of the midfield teams, the STR7 looks like a straightforward evolution of last year’s car, plus a stepped nose.

The team felt last year’s car was not well-suited to running an exhaust-blown diffuser. But new rules limiting exhaust-blowing have encouraged them to stick with their concept for 2012.

One of the stand-out features of the STR6, the deep undercut in its sidepods and ‘double-foor’ effect, has been carried over to the new car.

Technical director Giorgio Ascanelli said: “We have done something which should allow even more of an undercut on the sidepods, aimed at getting a better streamlining of the rear car.

“In simple terms, we have made a shorter chassis, with a larger distance between the engine and the gearbox, so that the car can be thinner and more streamlined.”

Toro Rosso use the Ferrari engine and drivetrain and have therefore followed their fellow Italian team in adopting pull-rod rear suspension.

But how much progress they make with the new car will be strongly influenced by the loss of continuity in the driver line-up. A repeat of their 2008 heroics is too much to hope for even if it turns out they’ve got the next Vettel in their squad.

How do you think Toro Rosso will perform in 2012? Will their rookie line-up hurt their chances of competing with the midfield teams?

55 comments on “All change at Toro Rosso, the Red Bull kindergarten”