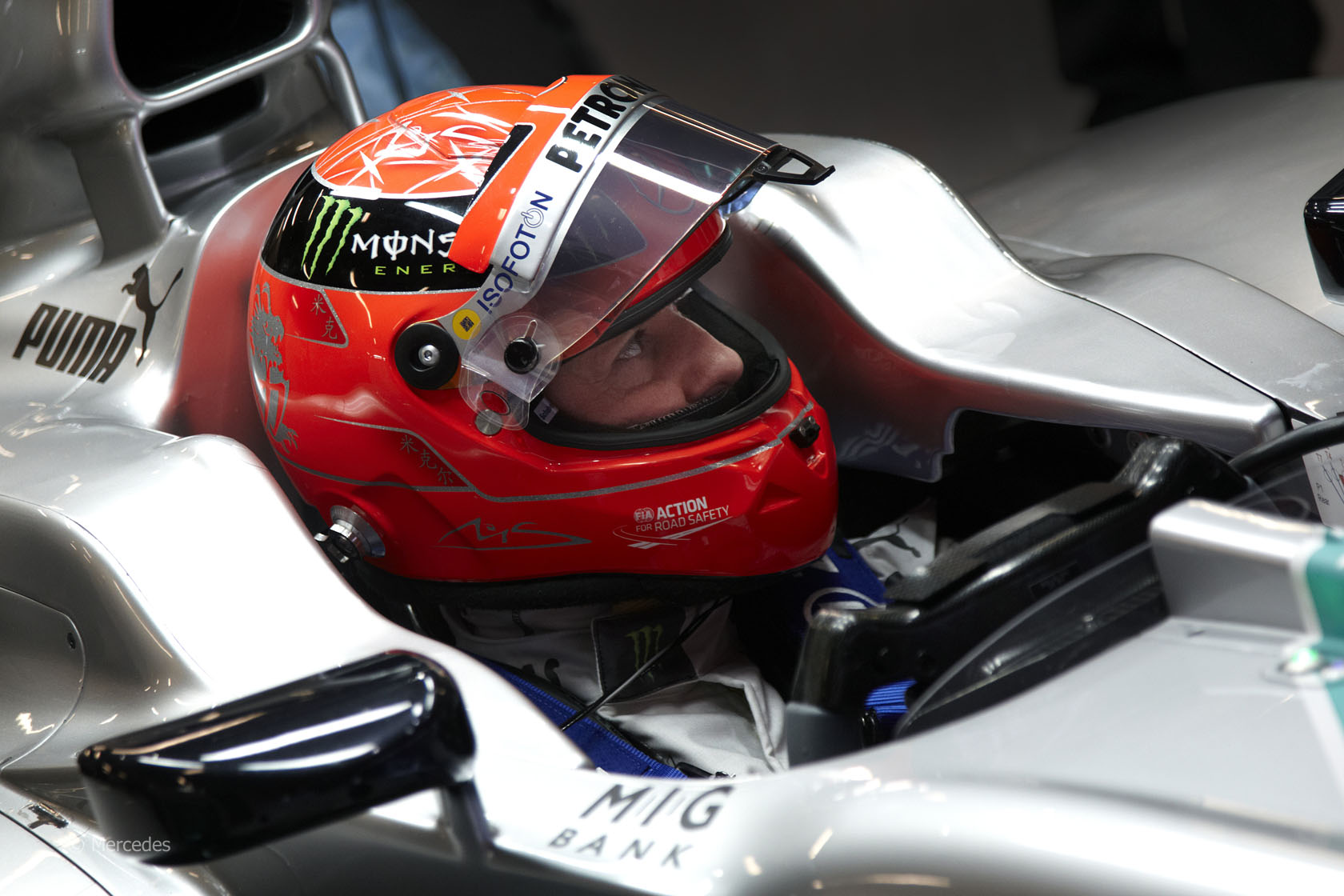 In the round-up: Michael Schumacher says “the gap between the several teams will not be as big” in 2012.

The first practice session of 2012 is just one week away!

As ever, we’ll be following every F1 session as it happens on F1 Fanatic Live.

We’re looking for new recruits to our teams of moderators who keep an eye on the discussion to guard against spam, prevent trolling and generally make sure a good time is had by all.

We have a simple and straightforward moderating system, and even if you can help in one session during a race weekend that would be appreciated.

If you’d like to help out, please get in touch. Either send a message through the site to Keith Collantine or get in touch via the contact form.

“I do not have a clear picture yet. What we can say though is that the gap between the several teams will not be as big as it has been last year.”

Red Bull: Exhaust set-up not on the edge (Autosport)

Christian Horner: “We are happy that we comply with the regulations. Ultimately it is a matter for the scrutineers and the FIA, as they have more knowledge and sight. Teams only ever get to see photographs; the FIA gets to see the cars close up in reality.”

“If Seb’s dominating that pole position, it gives him a very strong position to tee the race up, so he needs to drop the consistency of that. If I can put myself in that front position and get to that first pit stop first, that makes things a lot easier within our own little battle.”

“Hey guys just to clarify some things. I am here because I still want to compete. I don’t imagine myself without competing. This has been my life since I was eight years old. I am at the BBC Radio 5 [temporarily] because I want to come back racing. BBC was the only one to believe in me. Thank you.”

Tilke Gmbh managing partner Peter Wahl: “I can already say we will be ready earlier than November. I’m sure it will meet all the requirements of Formula One… It will be one of the best tracks in the world.”

“France’s Sports Minister David Douillet says the country is ready to stage a Formula One race in 2013 and the only hold-up is from their Belgium counterparts.”

“I won?óÔéĽÔäót hide the fact that we are not 100 percent satisfied with what we have done in these three test sessions in Spain and I would have preferred to be a bit quicker. We have a totally new car and we must still learn about it and get all its potential out of it.”

Andy G on why solving the problem of letting lapped cars past the safety car isn’t as easy as it first seems:

For all those saying that the cars on the lead lap should just overtake those who aren?óÔéĽÔäót behind the safety car, there is a large problem that would make this unfair. Here?óÔéĽÔäós a hypothetical scenario (and it would happen more often than you think):

Perez and Di Resta are in ninth and tenth and are battling it out. Vettel, in the lead, comes round to lap them, gets past Di Resta, and then the safety car comes out.

So the order behind the safety is Vettel, Di Resta, (several cars), and Perez at the back. If you let all the cars on the lead lap overtake all the cars who have been lapped, then Perez will lap Di Resta! Not exactly fair for two cars who were fighting it out moments ago to now have a one-lap gap between them.

The 2012 F1 Fanatic Predictions Championship will be launched today!

We’ve got a great roster of prizes to be won at every race plus big prizes for the top scorers at the end of the season.

It’s free to play but you’ll need an F1 Fanatic account so if you haven’t got one be sure to register here.

Happy birthday to Pastor Maldonado who is 27 today!