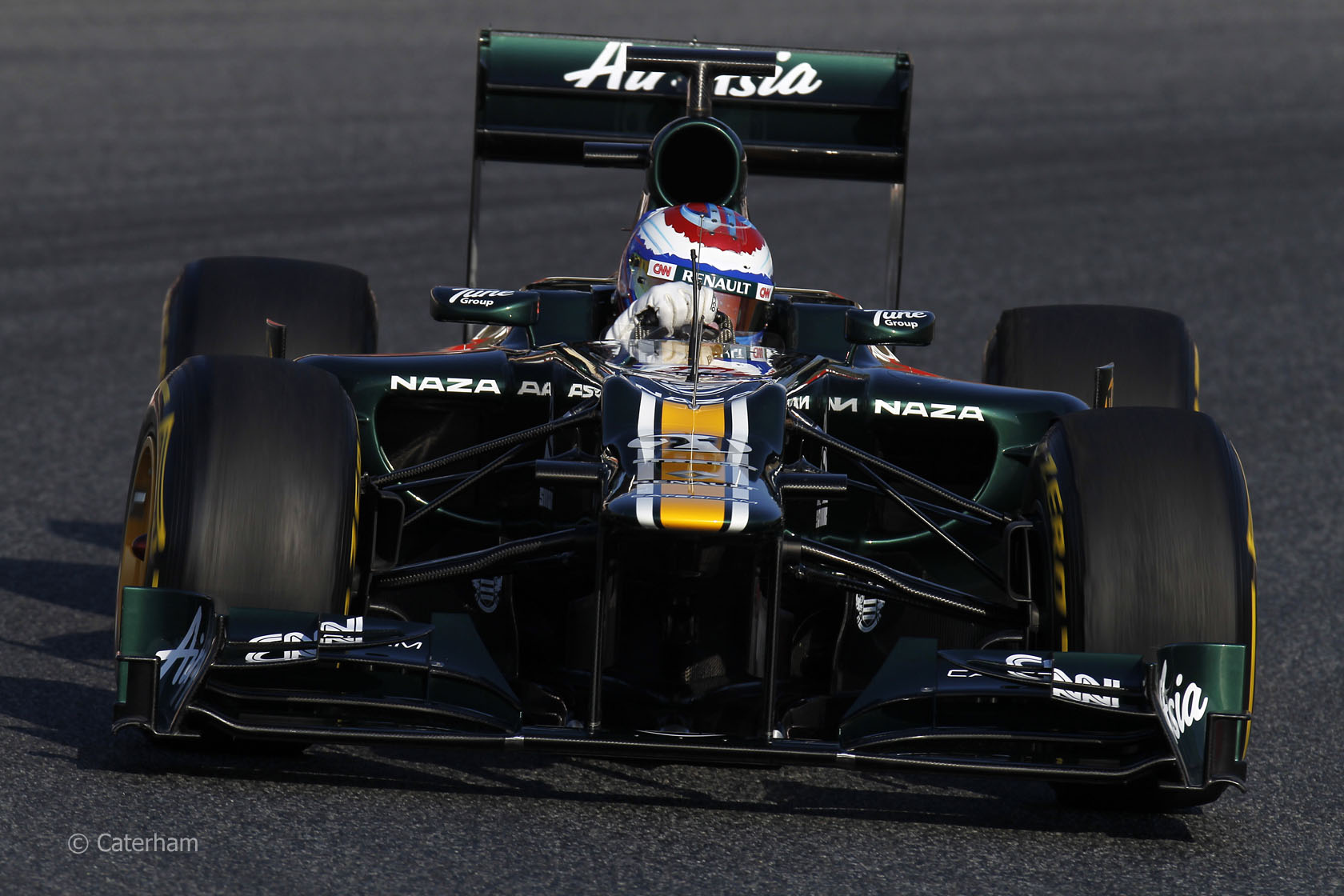 Of the three new teams that entered F1 in 2010, Caterham (formerly Lotus) have marked themselves out as by far the most credible outfit.

That much was clear towards the end of their first season. Throughout last year they were comfortably ahead of Virgin and HRT. At times they even took pot-shots at the midfield stragglers.

But the fact remains they’ve been in F1 for two years without scoring a point yet. And they’ll be desperately keen to change that in 2012.

His sixth season of Formula 1 will be the first in which he’s had a less experienced driver alongside him. He looks ready to take on the role and lead Caterham’s attempts to break into the midfield.

Vitaly Petrov sorted his Caterham race seat out so late the team had already given Trulli a day’s running in the new car.

As with the Williams pairing, much will be made of the income the Russian driver brings from his sponsors. But he proved himself capable of delivering last year, scoring a fine podium finish in Melbourne.

The late confirmation of his deal leaves him little time to get up to speed in his new surroundings. But the team need him to be consistently closer to Kovalainen’s level than Trulli was.

The Caterham CT01 was the first of this year’s cars to be revealed – a minor coup for one of F1’s smallest teams. Indeed, the car broke cover a day earlier than the team wanted it to, as the first images of it were leaked online ahead of its launch.

Now that we’ve had a chance to see what the team’s rivals have produced, the car looks like a fairly conventional example of a midfield runner.

This is pretty much what the team will be hoping for and the C01 turned some encouraging times in testing.

This year the team have to get to grips with running a Kinetic Energy Recovery System for the first time. This should help them find a chunk of time they were missing in 2011.

But reliability will be a concern too – they had the most retirements due to technical problems of any team last year.

There are some significant changes going on within the team as well. Mark Smith has taken over as technical director as Mike Gascoyne has took on wider technical duties across the whole Caterham group.

The team is also planning to move premises in August, heading to the Leafield site which was previously the home of Arrows and Super Aguri.

Moving into F1’s ‘motorsport valley’ heartland will ultimately be to the team’s advantage. But could prove a short-term setback as their race operations may be disrupted by the relocation.

Nonetheless team principal Tony Fernandes expects further progress this year: “Now it is time for us to take our place as a midfield team, and we have everything in place to do just that.”

However he also sounded a note of caution on the team’s expectations ahead of the first race: “If we are not quite there at the start of the season it will not be for lack of effort, and we will keep fighting all year to bridge the gap to what will be a very tightly packed group of teams just in front.”

The team have made measurable progress over their first two seasons and are ready to do battle with the established teams. When it finally comes, that first point will feel as good as a win.

Do you think Caterham will be able to race in the midfield in 2012? How will Petrov fare alongside Kovalainen?