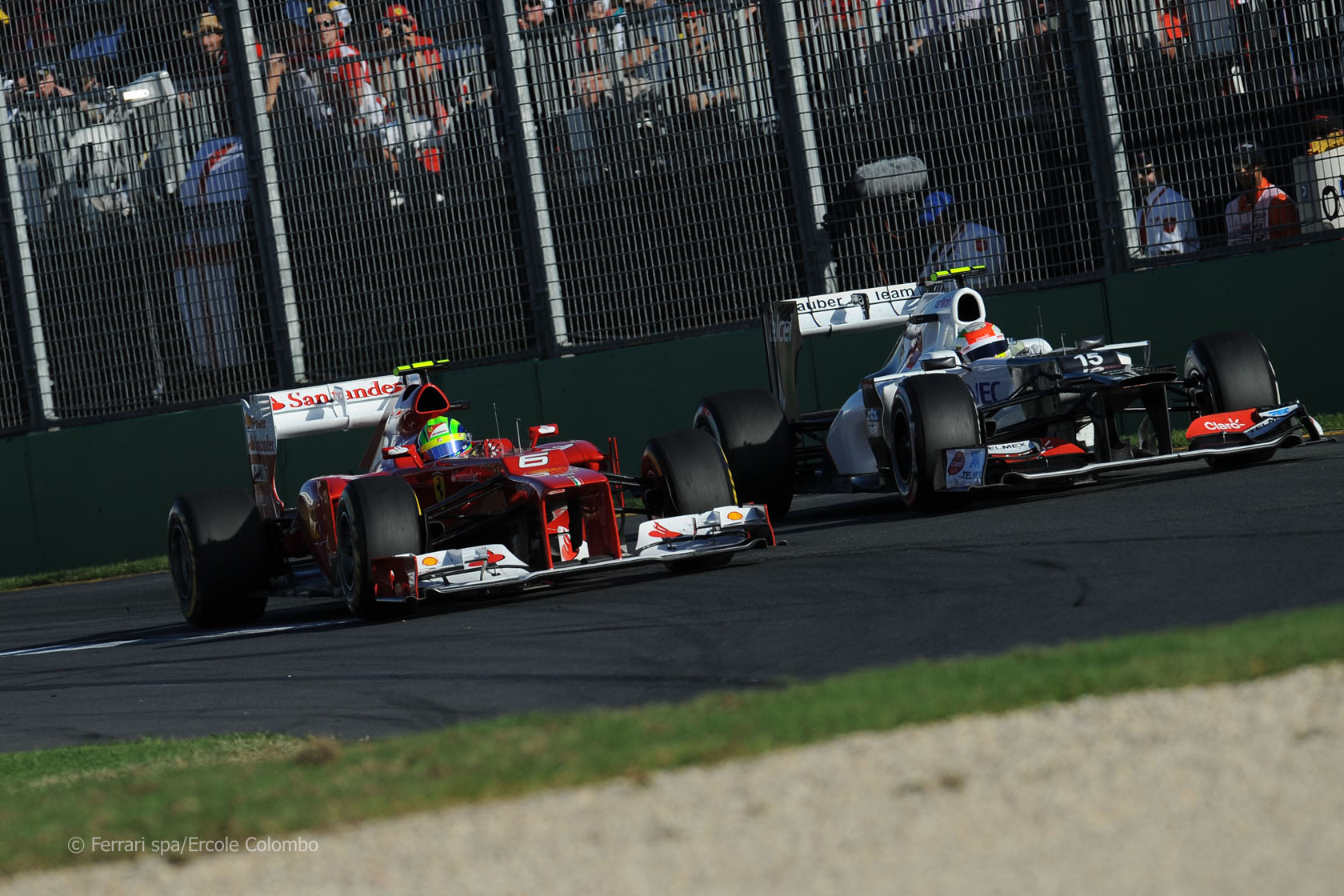 The 2012 F1 season got off to an exciting start in Melbourne for the Australian Grand Prix.

While Jenson Button won in style for McLaren there was a lot of action behind him in a busy midfield.

The rain that greeted the teams on Friday was a distance memory and the late afternoon sun at Albert Park in Melbourne provided the perfect backdrop for the opening race of the year – as this collection of pictures shows.