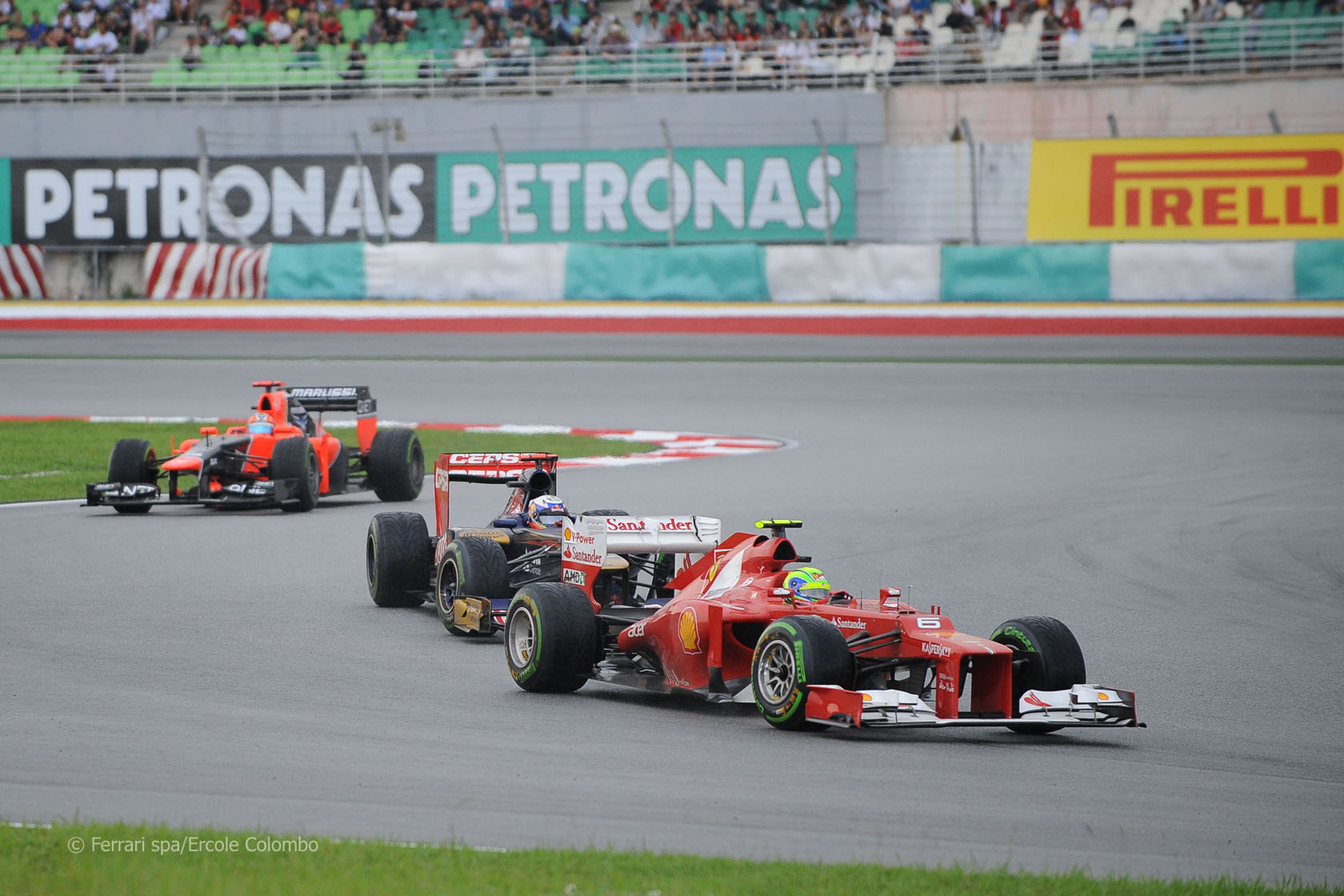 In the round-up: Felipe Massa denies his place at Ferrari is under threat from Sergio Perez.

“I’m happy for him and for his team, but [how] disturbing [is it for me]? Zero. I’m looking more for myself, my driving, my work.”

“He was a revelation, I imagine he has put a bit of pressure on Mr Massa. I don’t know what the odds are on him switching teams before China, but there must be consideration.”

Perez: “I was just starting to plan because I knew Fernando was struggling, especially with the rears and I was struggling with the fronts and I was getting quite close to him in the fast section, but then I had a lot of understeer and the fronts were already degrading. I was just thinking where I was going to save some KERS and then I just touched the kerb and ran wide and it was over.”

“He meant that we needed the result. It’s a misunderstanding. It was because that behind us, all the midfield teams, our main competitors, scored points.”

Button apologises for crash (The Telegraph)

“It was the weirdest race. But the reason I was down there was because it was my mistake when I hit Karthikeyan and I blew what could have been some good points.”

Christian Horner: “We could see the left rear brake going into a thermal runaway and out of control and that’s why we wanted to try and stop the car from a safety point of view.”

They?óÔéĽÔäóve paid their dues and they?óÔéĽÔäóre under the 107% mark with two respectable drivers. They have as much right to be in F1 as anyone else.

And anyway, in both cases they were minding their own business when they were needlessly hit by other cars. Karthikeyan was in fourth on merit, and had every right to hold his line against Button. The speed of their respective cars has no bearing on that.
Lin1876

Vettel claimed his first pole position of 2011 on this day last year – something that was to become a familiar sight:

116 comments on “Massa denies Perez performance puts him under pressure”