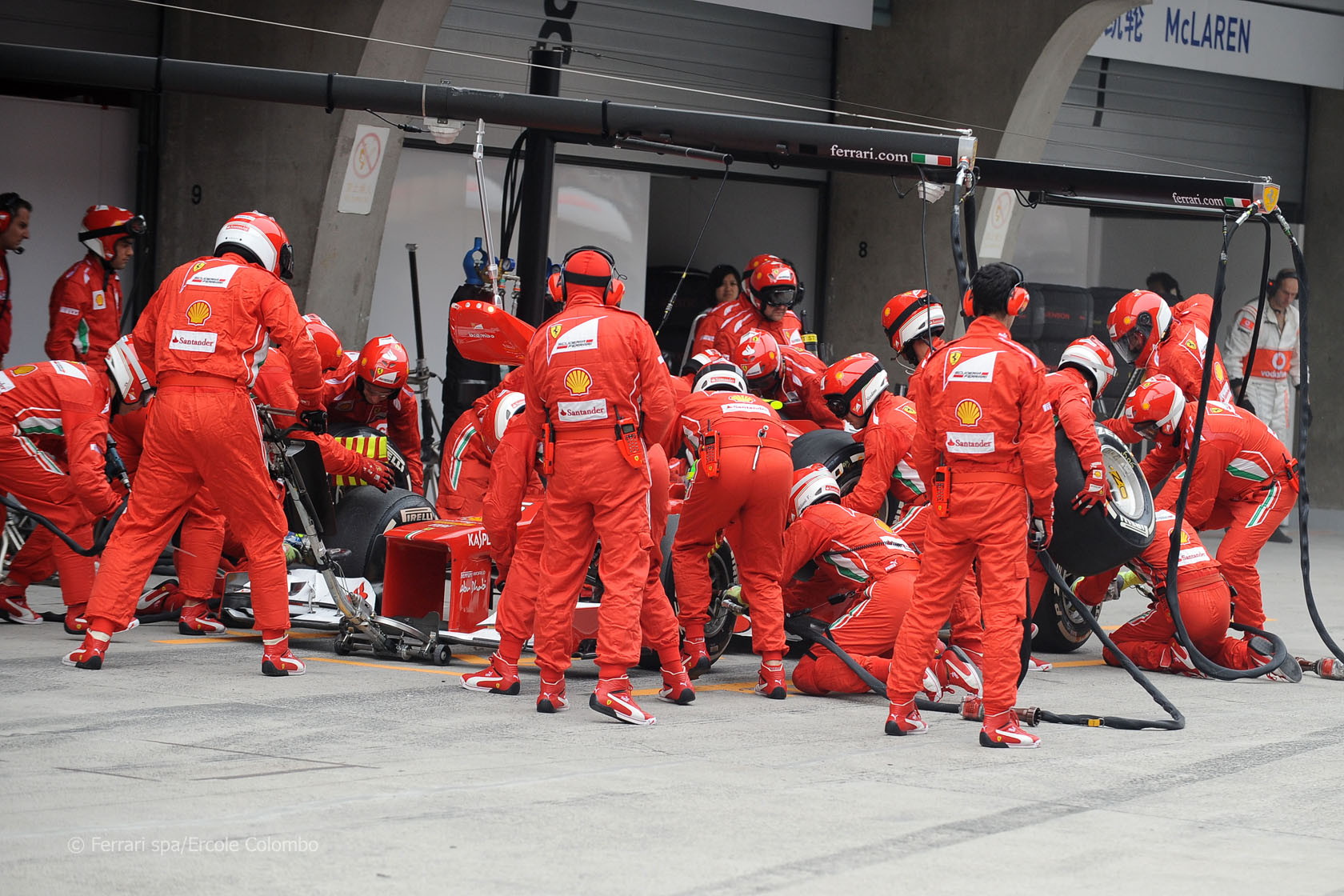 Ferrari were the team to beat in the pits just as they were in Australia.

Fernando Alonso and Felipe Massa made five visits to the pits and they all ranked among the six quickest of the race – a terrific display of speed and consistency from the Maranello squad.

McLaren’s pit stops were generally good and they won a battle in the pits with Lotus when Lewis Hamilton and Kimi Raikkonen came in together on lap ten.

Still, at least McLaren kept him in the pits and got the tyre on – Michael Schumacher’s race ended when he was sent out of the pits with the front-right wheel insufficiently tightened. Mercedes were fined ?óÔÇÜ?Ľ5,000 for the misdemeanour.

Button wasn’t the only driver to lose time with a slow pit stop. Romain Grosjean lost around five seconds with his stop on lap 38.

He continued to finish sixth, but as he ended the race a second behind Vettel there might have been more on offer.