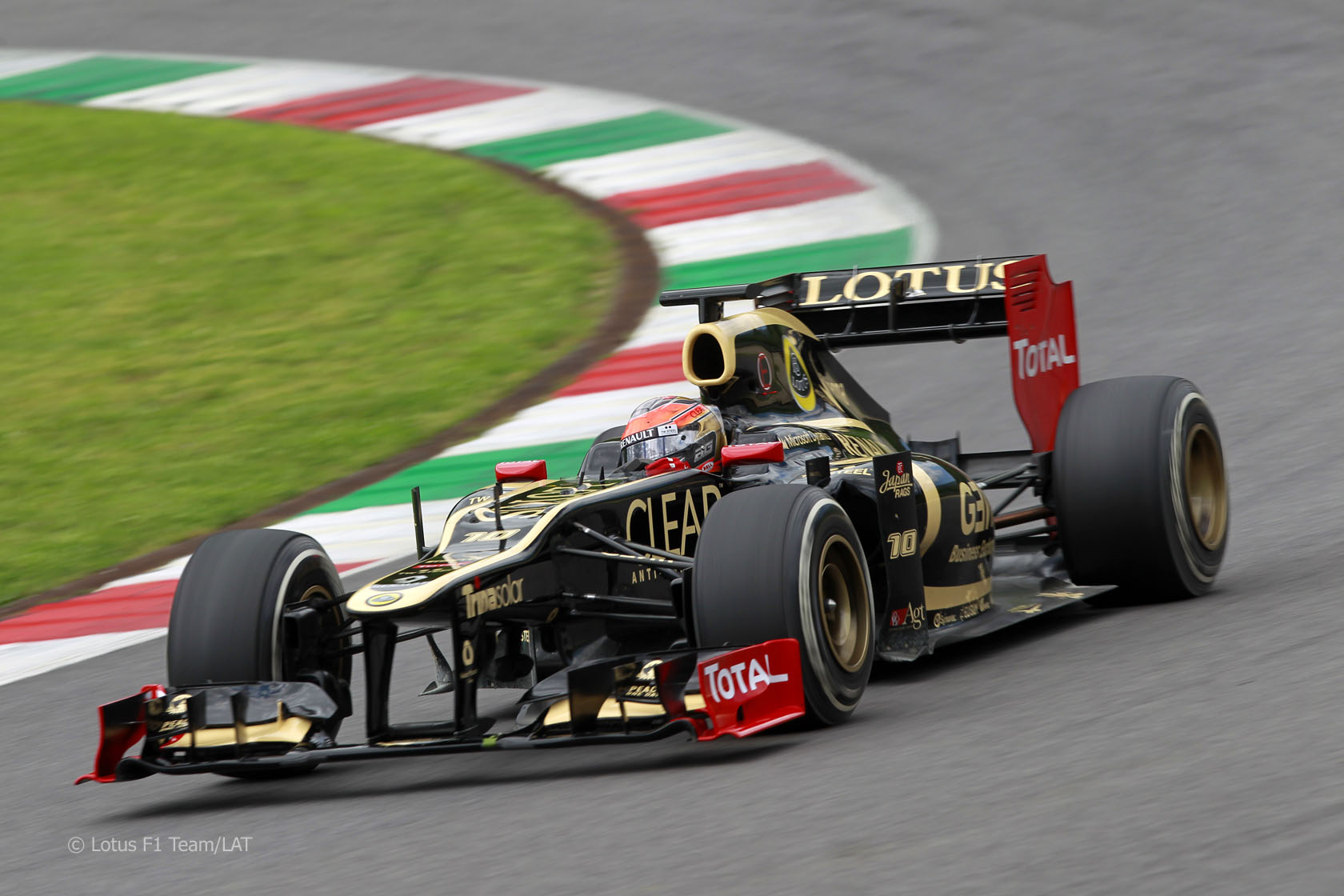 Romain Grosjean gave further indication of Lotus’s pace by setting the fastest time on the final day of testing at Mugello.

Grosjean’s lap of 1’21.035 put him almost a quarter of a second ahead of Sebastian Vettel.

Kimi Raikkonen was originally scheduled to drive the final day for Lotus but following the rain on Tuesday Lotus decided to run Grosjean for the remaining two days. Trackside operations director Alan Permane said it would allow them to “make better use of the time” they had left.

Fernando Alonso was third-fastest in the Ferrari, which sported a revised exhaust arrangement.

But Alonso lost around two hours in the morning after spinning off and hitting the barrier, damaging the front of the car. He had set the fastest time so far shortly before his crash.

The red flag came out twice more during the day’s running. Paul di Resta stopped during the morning, having been given extra time in the car following the team’s problems yesterday.

After the lunch break Heikki Kovalainen brought the red flags out again when he went off at the first corner.

Pastor Maldonado spent most of the time doing aerodynamic tests for Williams before moving up to seventh in the afternoon. Late improvements from Nico Rosberg and Oliver Turvey lifted them into eighth and ninth.