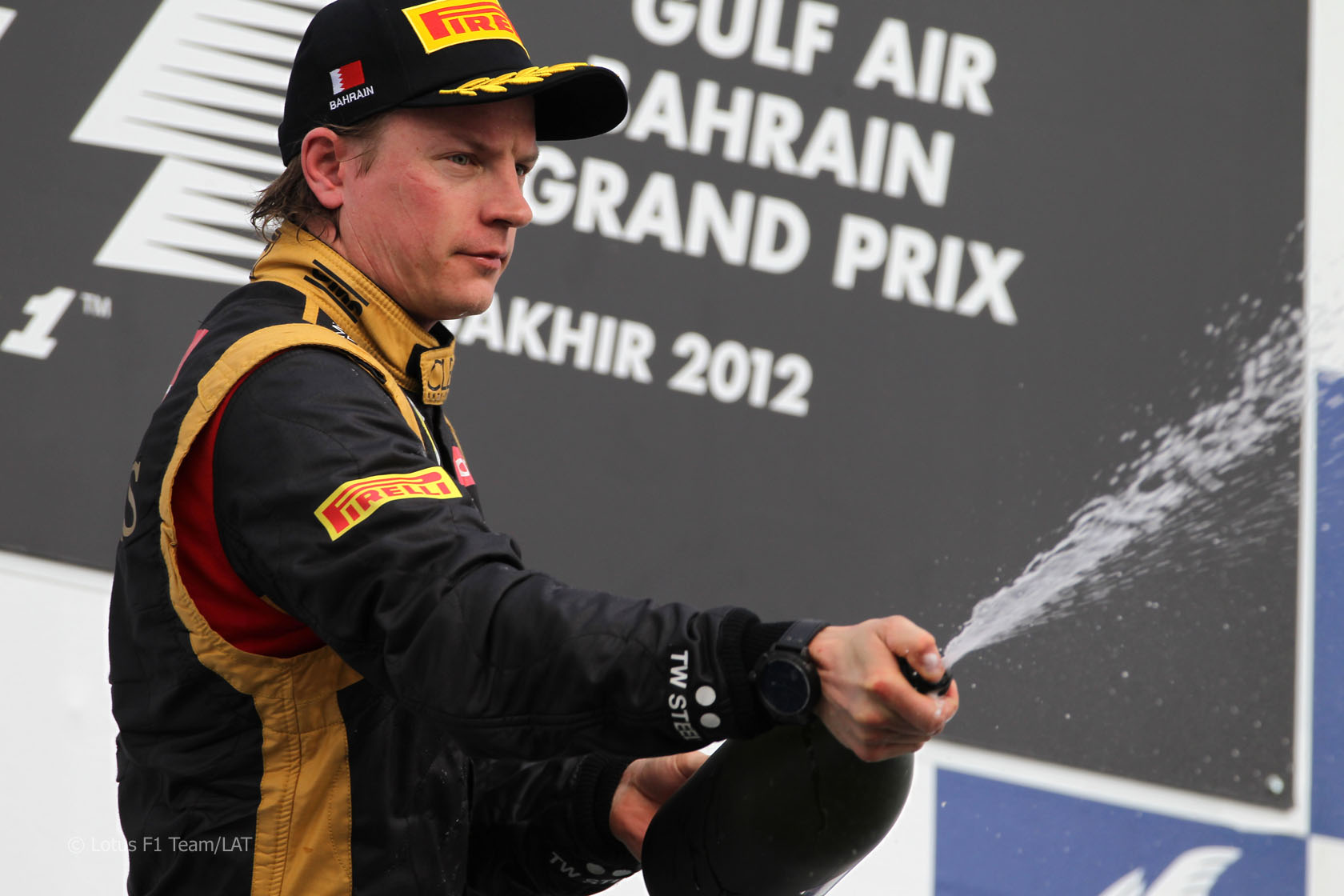 Kimi Raikkonen says Lotus should be able to compete for podium finishes on a regular basis following their two-three finish in Bahrain.

Raikkonen said: “I never had any doubts in myself and it is clear we have a good car so in some ways the podium could have come sooner. We had the car already in the first three races to be up there, but we made some small mistakes and it cost us a lot.

“I would have been much happier if we had managed to get the victory, but nevertheless it?óÔé¼Ôäós a good result and the team deserved it for all their hard work. We have been good in every race so far, so hopefully we will be regular visitors to the podium this season.”

Raikkonen has high hopes for the team’s chances in the next race in Spain: “I expect Lotus to be very competitive at Barcelona. It?óÔé¼Ôäós going to be very, very close between the top teams.

“This is the only circuit where the teams have already tested with the new cars, and the set up is crucial as the track changes with the wind and temperature. All the teams have updates for the first European race, which makes it even more interesting and even tighter at the top.”

He did not run in the Mugello test this week but doesn’t expect it will be a problem: “We didn?óÔé¼Ôäót have any major new parts to test and we don?óÔé¼Ôäót race at Mugello so I was not crying when it was decided that I wouldn?óÔé¼Ôäót test.

“I know the track well but there was no need for me to drive. I am here to race and that is what I will do in Barcelona.”

Asked about the debate over F1 tyres, Raikkonen said: “No matter what the tyres you always have to make a strategy to suit them best. The tyres are fine for me.

“After the race in China and after the qualifying in Bahrain, people probably started thinking that we are idiots and cannot do anything right. But we showed in the race why we did what we did. It was close already in China and this time our strategy paid back very nicely for us.

“It?óÔé¼Ôäós all part of racing and the same for everyone.”