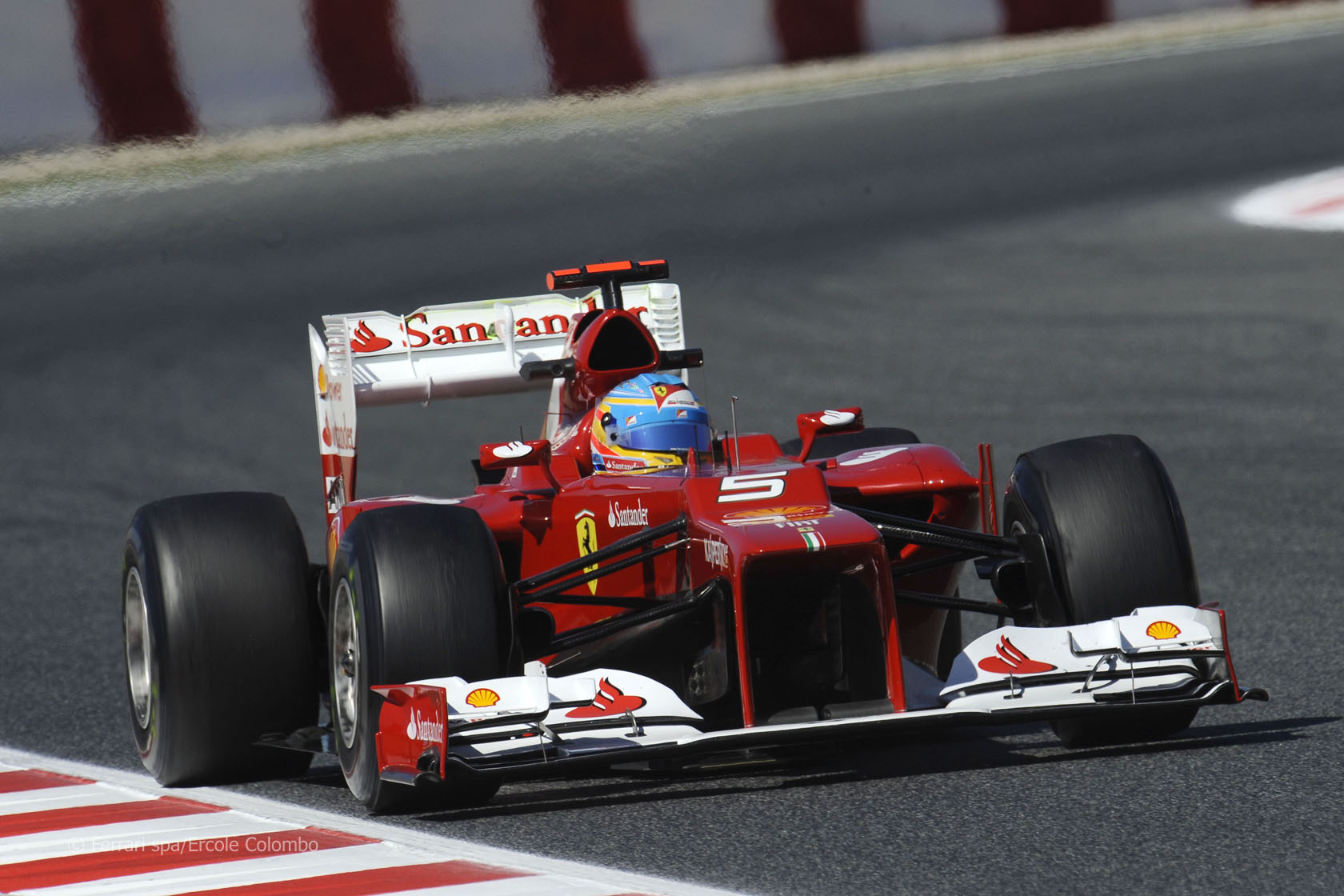 Fernando Alonso gave some cheer to Ferrari at his home race by lapping quickest in the revised F2012.

Ferrari ended the session fastest for the first time this year, Alonso setting a 1’24.430.

Sebastian Vettel (pictured) spent the first half hour of the session in the pits before emerging and briefly setting fastest time. He ended the session second, 0.378s slower than Alonso and a tenth ahead of Kamui Kobayashi.

McLaren ran the higher nose on their car and Jenson Button was fourth fastest on 1’24.996. Team mate Lewis Hamilton was eighth and complained of understeer in his car.

Williams reserve driver Valtteri Bottas was fifth-fastest, taking over for Bruno Senna in the first session as usual.

The times were very close in the first session, with 1.1s covering the top 14.

Dani Clos made his first appearance in F1 practice for HRT but ended the session slowest after his car came to a stop in the pits.

Fellow newcomer Alexander Rossi was 21st for Caterham, the team electing not to run the exhaust upgrade they tested at Mugello.

31 comments on “Alonso quickest in revised Ferrari in first practice”