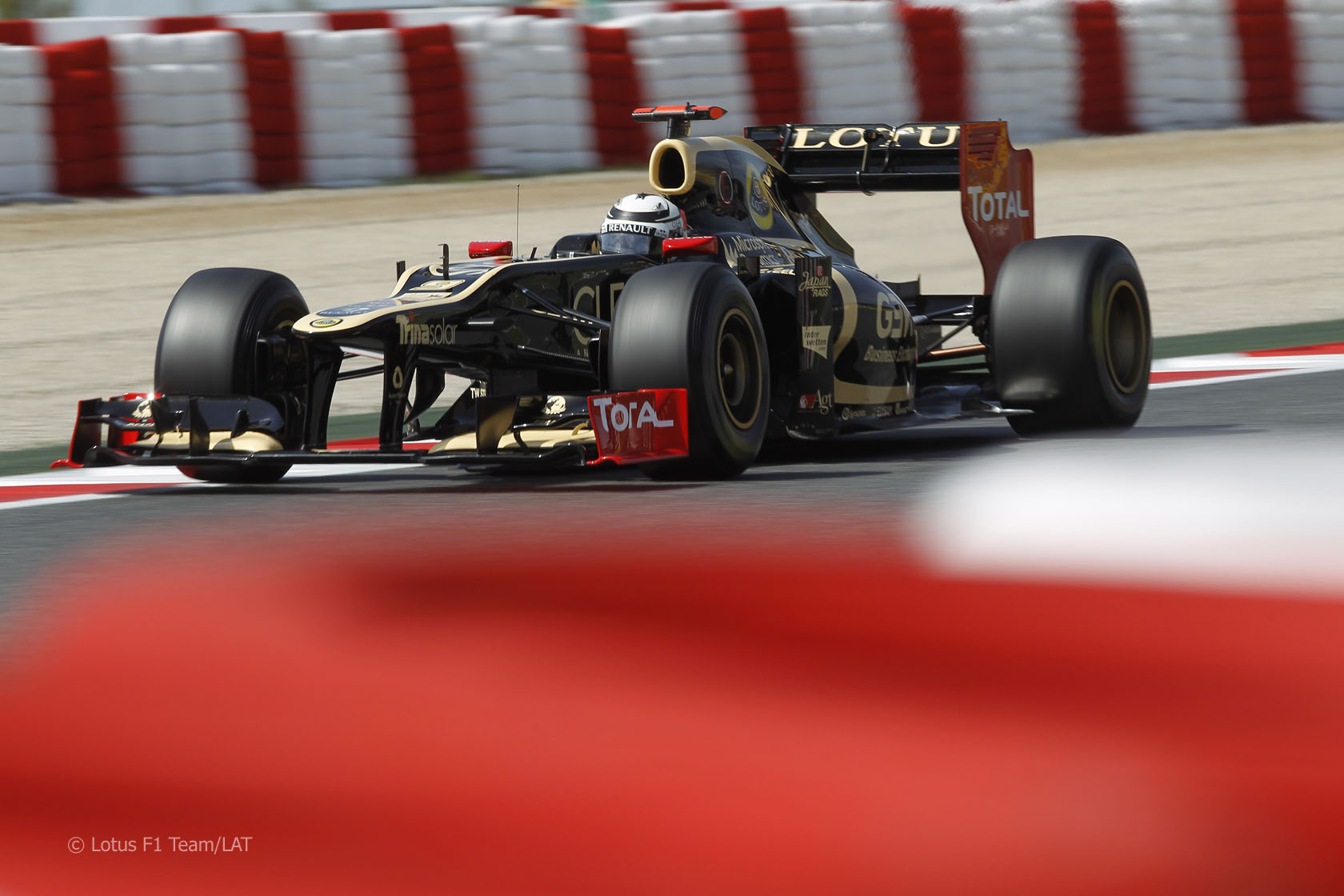 F1 stands a good chance of seeing another new winner this weekend: four of the top five drivers on the grid are yet to win a race this year.

Can Pastor Maldonado emulate Nico Rosberg by turning his maiden pole position into a maiden win?

Will Lotus go one better than they did last time out and grab a win?

Or could Fernando Alonso deliver a fairytale home victory in Spain? Let’s take a look at the race ahead.

Lewis Hamilton’s penalty has left us with an unusual grid for tomorrow’s race, headed by Pastor Maldonado and Fernando Alonso.

The Circuit de Catalunya has one of the longest runs to turn one of the year, so a good start is crucial. As Alonso showed last year, a good getaway can make a huge different – he took the lead from fifth here 12 months ago.

Hamilton’s relegation to last place has not just moved everyone else up a place – it has also switched them from dirty side to the clean side of the track, and vice-versa. Maldonado, Grosjean, Perez and the other odd-numbered starters all have the benefit of a slightly cleaner, grippier line.

As for Hamilton, he now starts from the back of the grid (or the pits if his team so choose) with no fresh sets of soft tyres and just two fresh sets of hard tyres. This kind of frustration is exactly what produced the worst in his driving last year, and the slog back into the points he faces will be a significant test of his resolve.

After two days of warm, dry running in Spain Sunday could bring some significant changes.

Heavy rain at the circuit overnight will have washed much of the rubber build-up of the last few days away. This seems to affect the current Pirellis less than the previous Bridgestones, which responded to a gradual build-up of rubber by giving greater improvements in lap-time, and lacking grip when the rubber disappeared.

There is only an outside chance of rain falling during the race but track temperatures are expected to be cooler, which may help drivers with their tyre life.

“Tyre performance will be a critical factor,” said Alonso. “We will have to be careful, because the forecast is for different temperatures to today and that could throw up some surprises.”

A fired-up Alonso is well-placed to compete for the win, but his upgraded Ferrari did not have the best pace over a race stint on Friday.

Lotus looked extremely strong in this respect. Curiously, they did not repeat their Bahrain tactics of saving soft tyres: “We used three sets of soft tyres to go through qualifying, but we have two new sets of the hard compound Pirelli tyres” said trackside operations director Alan Permane.

Other teams, such as Red Bull, made saving new soft tyres a priority. At this stage it’s impossible to say who’s got it right – that will unfold when the pit stops begin tomorrow.

Unusually, Maldonado set pole position (after Hamilton’s penalty) with a slower time in Q3 than he had set in Q2.