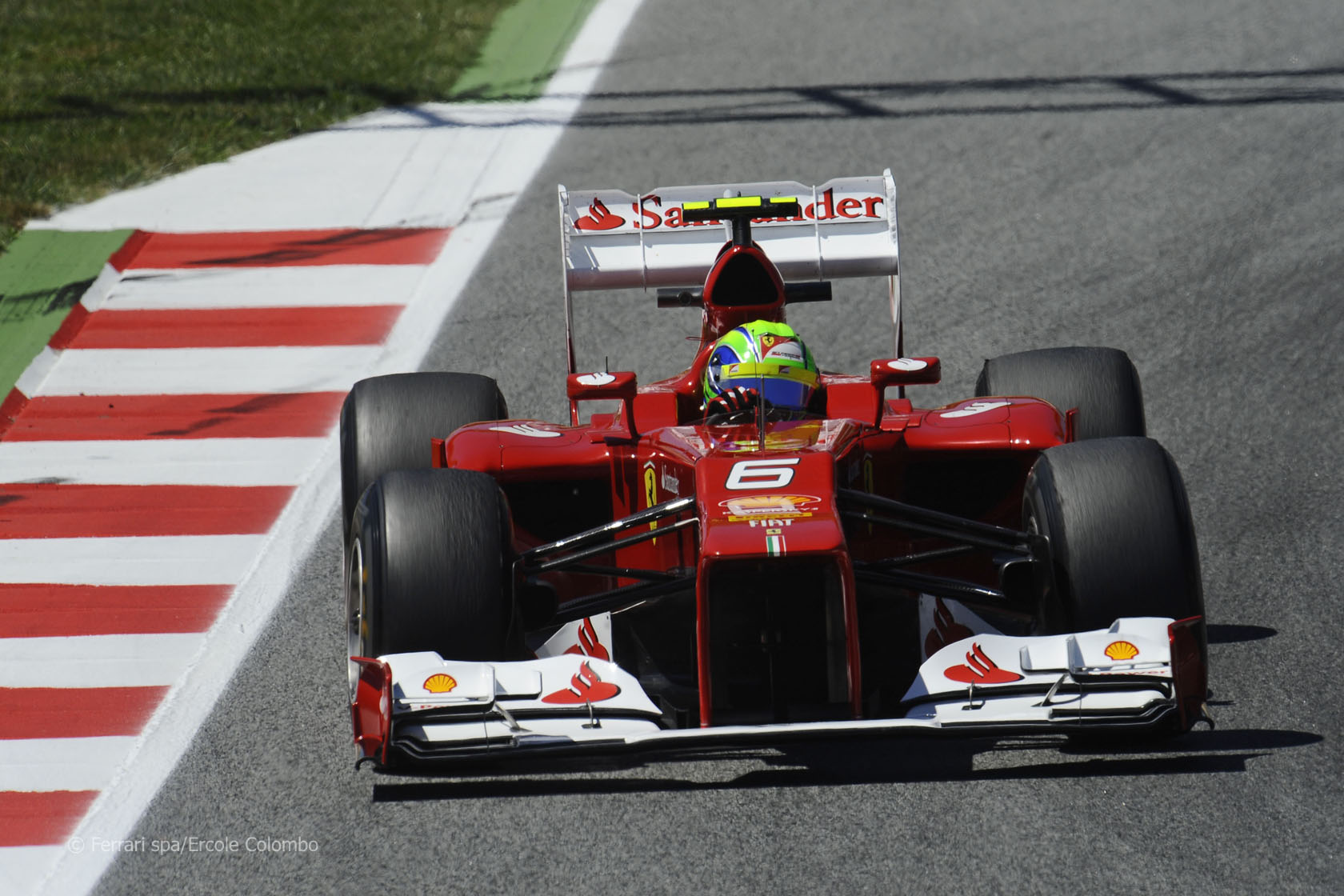 In the round-up: Ferrari say Felipe Massa needs to up his game in the next race at Monaco.

Never give up, especially in Formula 1 (Ferrari)

“As for an analysis of the Scuderia?óÔéĽÔäós performance and its two drivers, Fernando has always maintained a very high level (67 points and second place in 2010, 51 and fifth place last year) while Felipe?óÔéĽÔäós drop off has made itself felt. The Brazilian had picked up 49 points two years ago and 24 the following year, while so far this season he has just 2. In Montmelo, Felipe was very unlucky, both in the race and in qualifying, but everyone, he more than anyone, is expecting a change of gear starting right away with the Monaco Grand Prix, his second home race, given that he lives just a few hundred metres from what, as from next Sunday, will be transformed into the paddock for the sixth round of the 2012 championship.”

In Spain I saw real heroes at work (The Sun)

Tom Webb (Caterham): “For a number of those who helped out this was not their first F1 fire. But for me, this was the first time I have been so close to something so potentially life threatening and I am humbled by the way the men and women of my sport responded.”

‘Fire crews in Spain were incompetent’ (The Telegraph)

Force India deputy team principal Bob Fearnley: “Incompetent would be a very polite way of saying what these people have done here today. There’s no training, no procedures. I went down to see how my man is, and I had to fight my way in. We need to look seriously at the training of people at the circuits. I’m not impressed at all.”

Martin Whitmarsh: “With hindsight I was wrong, but I don’t think I or very many people anticipated that, as a consequence, we would be starting from the back of the grid.”

“We’ve seen the spotlight on different cars at different times. Is it conditions, is it track type, is it temperature, is it car characteristic, is it the driver? There are so many factors to weigh up and I’m sure these debates are going on up and down the pit lane.”

“Almost unnoticed after the race, Michael Schumacher was given a five-place grid drop for the next race in Monaco, of all places. He misjudged Senna’s braking and rear ended him. That one was definitely down to Michael I’m afraid even though Bruno, on very worn tyres, was not exactly arrow straight into the braking zone.”

Maldonado became the fourth driver to lead his first lap in 2012, after Perez, di Resta and Grosjean. Only four seasons outside the 1950s have seen more drivers do this. We have had ten drivers from eight teams lead laps so far; while ten drivers isn?óÔéĽÔäót rare (the record is fifteen, reached six times including 2008), only three seasons have seen more than eight teams lead, with ten in 1975 and nine in 2003 and 2008. The only established team not to have led a lap yet is Toro Rosso; the highest they have run is third (Vergne for one lap in Malaysia).

And fastest lap stats: five drivers from four teams is fairly average over a whole season, but it looks like they could go to anyone this year, so expect this number to end up among the highest. 2009 holds the joint record of ten different drivers in a season, but only in 1975 have as many as eight teams got the accolade. We?óÔéĽÔäóve also had two drivers set their first fastest laps so far, but this is fairly common over a season.
Andrew81

The world champion gambled on starting on slick tyres on a damp track and won with an extraordinary display of driving skill.

Rosberg became the fifth different driver/team combination to win in the first five races of the year. This was the only time that had happened in F1 history until Maldonado’s win on Sunday.