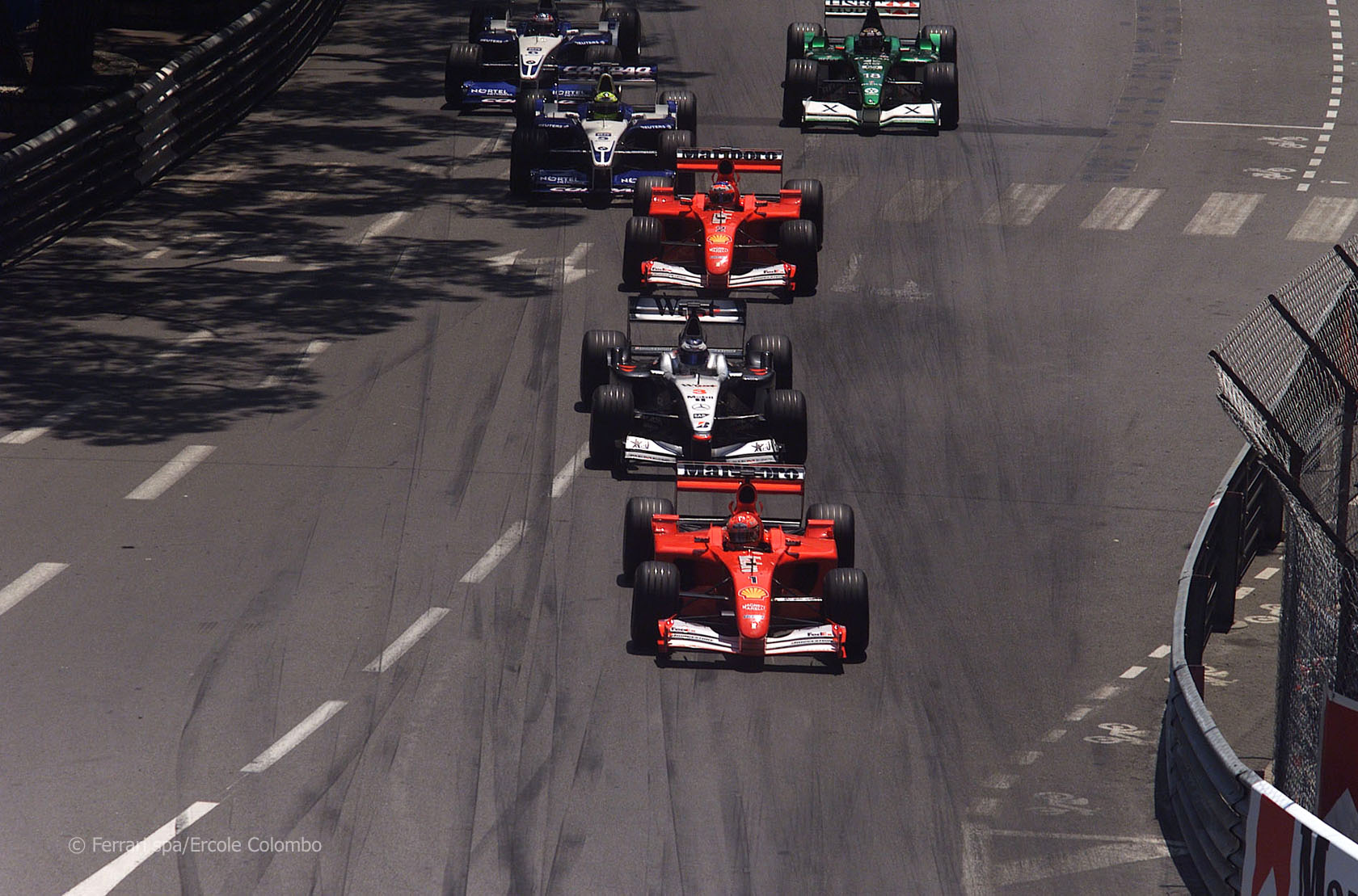 Given Ferrari’s immense success in the last decade it is remarkable their last victory in F1’s most prestigious race was over ten years ago.

Not since Michael Schumacher’s triumph in 2001 has a Ferrari won in Monaco.

Fernando Alonso has worked wonders with the F2012 so far this season and the revised car was clearly more competitive in Spain.

Can he give them their first victory at Monaco in 11 years this weekend?

If he does, he and Ferrari would be the first driver and team this year to win more than once.

But as we head into the sixth round of the season it’s possible we could see another different winners for the sixth race on the trot. Lotus and Sauber have both shown race-winning speed earlier this season.

A theme of the season so far has been how the reduction in gap between the teams and the more challenging tyres has meant the driver can make more of a difference to their finishing position. That is especially so on the streets of Monaco, where the forbidding walls reward the brave and punish the greedy.

Pirelli are bringing their softest tyre compounds for the low-grip track: soft and super-soft. The suer-soft is the only compound in their range which remains unchanged from last year, though it shares the wider construction of Pirelli’s other rubber.

Sebastian Vettel’s pole position time of 1’13.556 last year was just three-hundredths of a second off the fastest lap of the current configuration. But with the ban on exhaust-blown diffusers making this years’ cars slower, it’s doubtful we’ll see a repeat of that performance.

Vettel remains the co-leader of the championship despite a disappointing weekend in Spain.

He won here last year, though was perhaps fortunate that the late red flag handed him a ‘get out of jail free card’, allowing him to change his tyres as he came under fierce pressure from Alonso and Jenson Button.

Despite having been the pace-setter more often than not this year, McLaren have played down their prospects for this weekend, feeling their car is better suited to tracks with quicker corners.

However Hamilton is definitely one to watch. He’s always been quick around here, having won in F3, GP2 and, of course, in the wet 2008 Grand Prix. He will be anxious to avoid a repeating his error of last year when he failed to set a ‘banker’ lap in qualifying, leaving him vulnerable when Sergio Perez crashed his Sauber.

An on-form Alonso pressed Vettel hard for victory last year. Sadly the late-race red flag meant we never got to see the do-or-die move that was surely coming.

Ferrari’s upgrade in Spain moved them decisively within range of the front runners. Having averaged 1.48% off the pace in the first four races they halved the deficit to 0.73%. Alonso is more than capable of making up that shortfall and contending for victory. Schumacher had his knuckles rapped last weekend for cutting the track to baulk Lewis Hamilton during practice.

He starts this weekend on the back foot, knowing he will lose five places on the grid as punishment for hitting Senna during the race. Based on recent qualifying form there’s a good chance they’ll end up sharing row seven.

Team mate Nico Rosberg expects the W03 to suit this track better than the Circuit de Catalunya: “The nature of the track should suit our car but as we have seen at every race so far this season, tyre management will be crucial.”

Lotus are another team who’ve been cagey about their Monaco prospects – despite having finished two-three and three-four in the last two races.

Kimi Raikkonen is still not entirely happy with the steering on his car so there’ll be more modifications to his E20 this weekend.

Force India were on the fringes of the points in Spain but expects more from their recently-upgraded VJM05 this weekend.

Nico Hulkenberg will be hoping for a longer race than his maiden appearance here – a damaged front wing dumped him into the barrier at the tunnel on lap one.

Sauber showed great potential with their revised car in Spain, though it was slightly masked: Perez started fifth, but a first-lap punctured destroyed his race. Kamui Kobayashi might have bettered tenth on the grid had it not been for an hydraulic problem.

For Perez, this should be his first Monaco Grand Prix start following his nasty crash in qualifying last year. He had impressed up to that point, getting the Sauber into Q3. He won the GP2 feature race here in 2010. Kobayashi scored a career-best fifth in last year’s race.

Daniel Ricciardo is another driver who’s enjoyed success here. He ran in first practice at the track last year, which helped him on his way to a second consecutive win in the Formula Renault 3.5 support race.

It looks like a good chance for him to put on over his team mate, who’s had the beating of him in the last four races.

There’s a very real chance the first two-time winner of the year could be Pastor Maldonado following his superb win in Barcelona. The Williams has shown good low-speed traction and Maldonado has three wins at Monte-Carlo to his name from the junior categories.

Bruno Senna had a tough time in Spain but this weekend he will at least get to drive in all three practice sessions for a change.

Caterham have been frustratingly close-but-not-close-enough so far this year.

Monaco offers their experienced driver pairing the chance to gain some ground on the likes of Toro Rosso, but this is the one race where they may rue the absence of track specialist Jarno Trulli.

HRT’s aerodynamic update in Spain showed promising signs of progress but they’re still some way off getting on terms with Marussia.

Timo Glock was very proud of his qualifying lap here last year. On the evidence so far he may need another top-drawer effort to keep the increasingly impressive Charles Pic in check.

Are you going to the Monaco Grand Prix?

If you’re heading to Monaco for this weekend’s race, we want to hear from you.