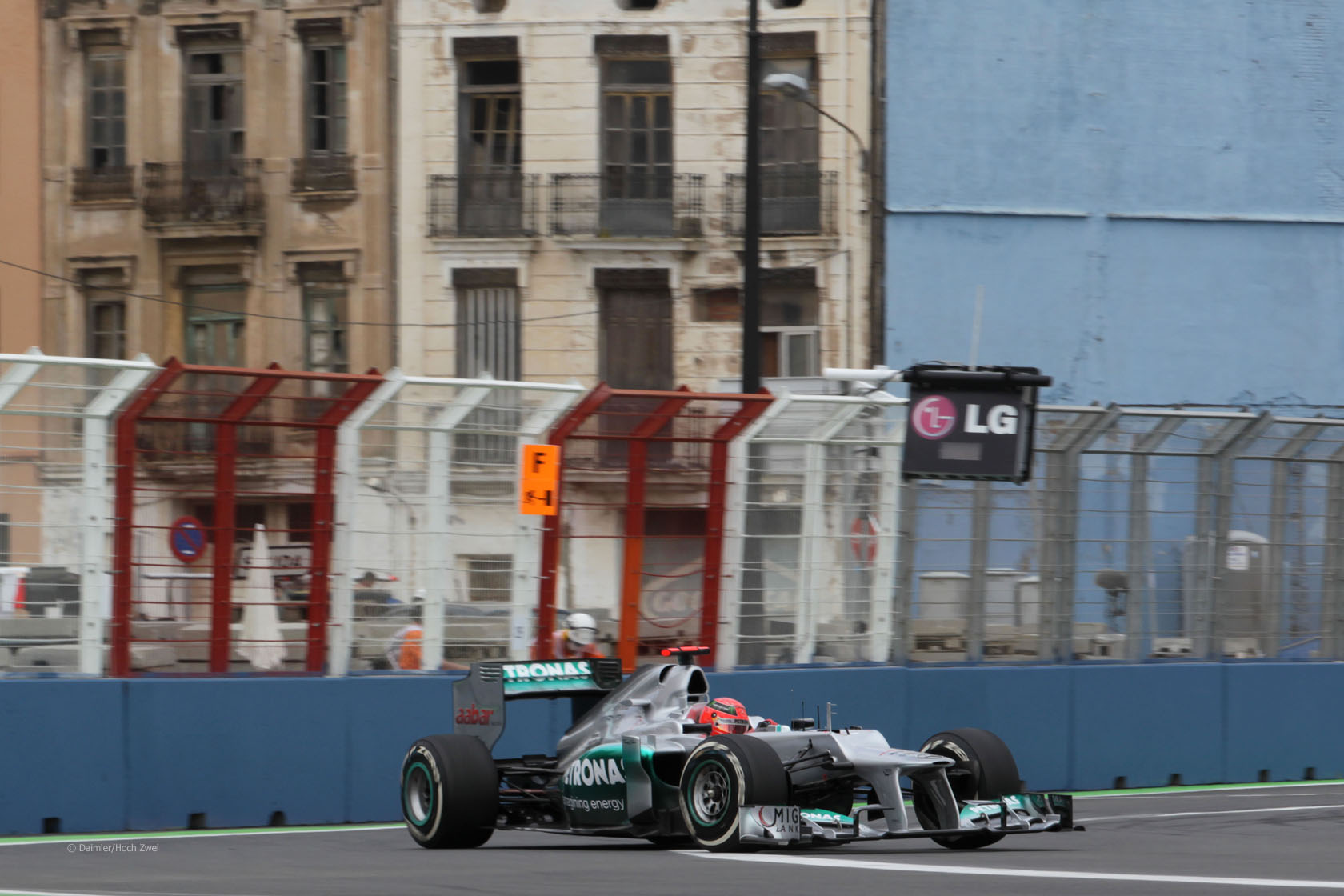 Will an eighth different name join their ranks this weekend? Perhaps one of the Lotus drivers – or maybe Michael Schumacher will overcome his recent misfortune?

However you think this weekend’s race will unfold, it’s time to make your prediction to be in with a chance of winning a selection of great F1 prizes.

The top prediction will win a retro Autocourse eBook, second place will claim a Grand Prix Heroes DVD and the third-placed finishers will receive an F1 poster by PJ Tierney.

All you have to do now is get your prediction right! Study the form, pick a winner and make your selection below.

As usual you can edit your prediction up until the start of qualifying.

Racecar Engineering is the world?ů‘ťľ‘šůs leading motorsport technology magazine. Every issue is packed with in-depth features, interviews and analysis from Formula One, Le Mans and all forms racing and rallying.

Autocourse has become the definitive record of Formula One racing the world over and early editions are collector?ů‘ťľ‘šůs items, which regularly trade for hundreds of pounds.

1. Maximum one entry per household.
2. The competition is not open to employees, friends or family of F1 Fanatic, Silverstone Circuit, Car-a-Day, Icon Publishing or Chelsea Magazines.
3. Predictions will be promoted on the front page of F1 Fanatic before closing prior to the start of qualifying.
4. In each round players are invited to predict (a) who will be on pole position and (b) what the top five finishers will be (five different drivers).
5. Players score points in each round as follows:
a. Correctly naming the pole sitter: 2 points
b. Correctly naming one/two/three/four/five driver/s who finish in the top five: 1/2/3/5/8 points
c. Correctly predicting where one/two/three/four/five driver/s finish: 2/6/14/24/40 points
6. Whoever scores the most points in every race counting towards the Formula 1 World Championship wins the grand prize.
7. In the event of a tie on points the winner will be determined by who is closest to predicting the pole position time correctly. If that fails to produce a winner the editor will choose a means of deciding who has won.
8. Predictions must be entered using the form above. If you have trouble submitting your entry via the form please contact F1 Fanatic via email and send your prediction using the contact form.
9. In the event of a dispute the editor?ů‘ťľ‘šůs decision is final and no correspondence will be entered into.
10. No cash alternative is offered for any of the prizes.
11. Grand Prix tickets: Children must be accompanied by an adult. Accommodation and transport to the venue not included.
12. Players who have won prizes will be notified by email within seven days of each Grand Prix. Grand Prix tickets will be despatched once they are available.