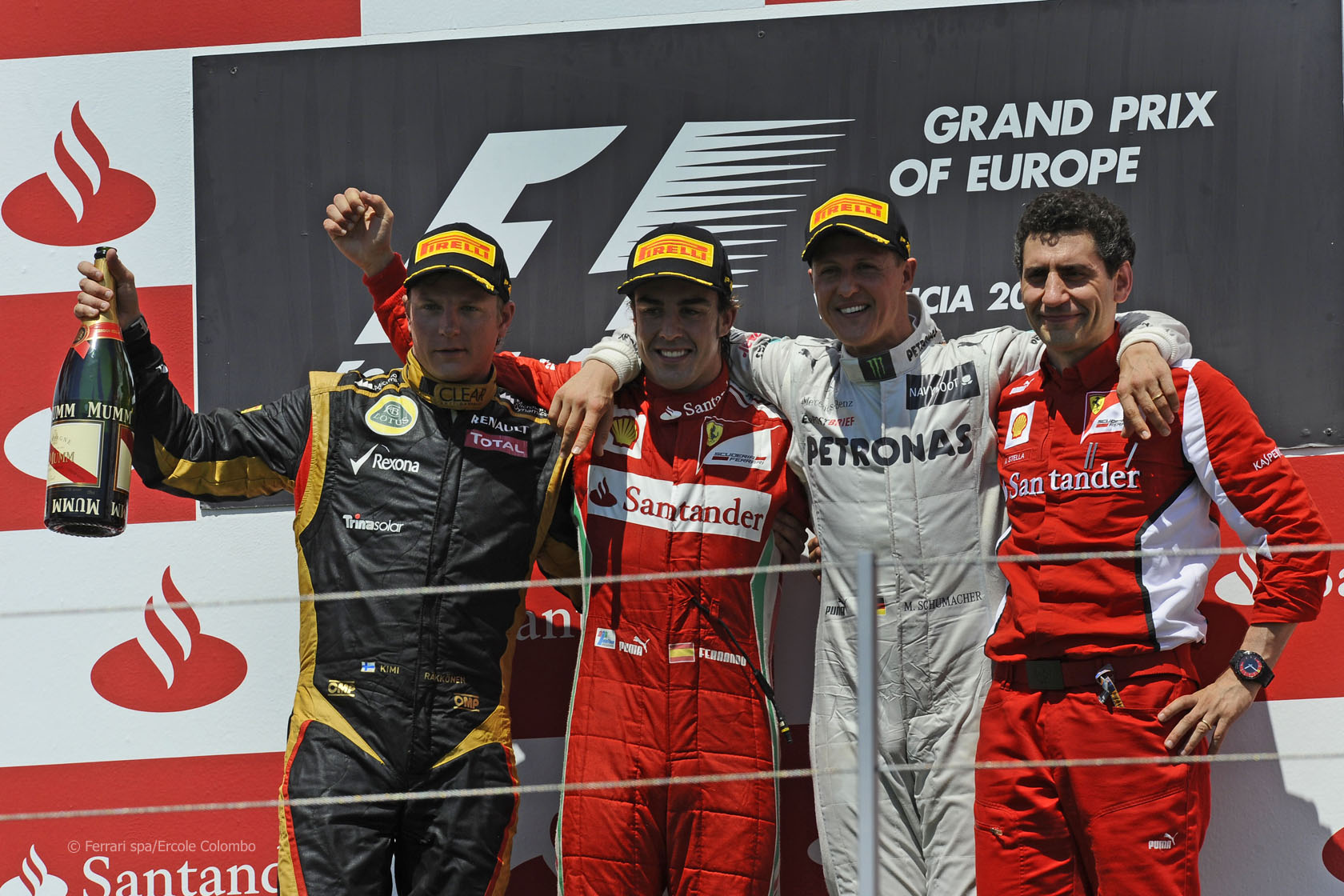 The incredibly close 2012 championship continues to make life difficult in the Predictions Championship.

Nine players tied with a highest score of just 11 points in the European Grand Prix.

This meant the pole position time tie-breaker had to be used to decide the winners and the margins were very fine indeed. Overall winner HoolyF1 was just five-thousandths of a second off predicting Sebastian Vettel’s pole position time correctly – only one other player (Staryeyed85) got closer.

Abreeden took second (0.084s off) and Aleanza third (0.102s away). Commiserations to the other six, particularly CarinaF1, who was only 0.162s off winning a prize.

HoolyF1 is our first winner of a 1973 Autocourse eBook. Abreeden and Alelanza win a Grand Prix Heroes video from Duke Video and an F1 poster from PJ Tierney respectively.

The result gives Chrissylyn a three-point lead at the top of the standings over ButtonUp09 and Carpy3. But with the championship leader only on 75 points and a maximum of 600 still to be won, even players who haven’t joined in yet can get in the hunt for overall honours.

It seems most players took not of Vettel’s scorching fast sector times on his in-lap at the end of final practice and correctly picked him for pole – over 70% did so.

But Fernando Alonso was only the fifth-highest pick for victory, chosen by 7.2% of players. Vettel was favoured to win a third consecutive race at Valencia by 45.3%.

Here are the nine highest-scoring predictions for the last race:

Racecar Engineering is the world?óÔé¼Ôäós leading motorsport technology magazine. Every issue is packed with in-depth features, interviews and analysis from Formula One, Le Mans and all forms racing and rallying.

Autocourse has become the definitive record of Formula One racing the world over and early editions are collector?óÔé¼Ôäós items, which regularly trade for hundreds of pounds.