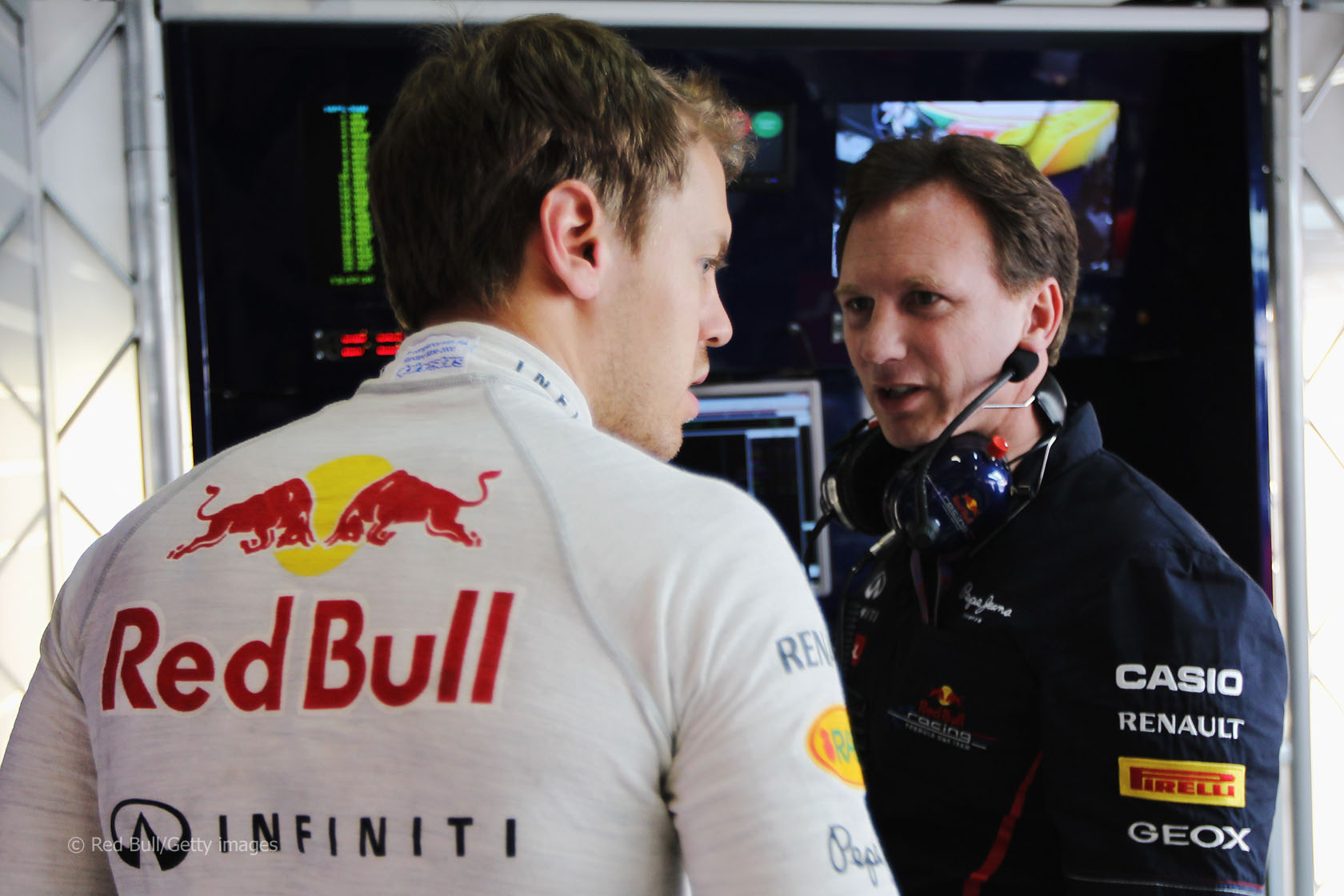 In the round-up: Christian Horner says Sebastian Vettel is not in negotiations about joining Ferrari.

Christian Horner: “I have spoken with Sebastian about it and he’s made it quite clear that he hasn’t had any dialogue and hasn’t signed anything with Ferrari. The rumour mill always will continue.”

“Plans were thrown into disarray when Silverstone informed teams that it could not make the circuit available as planned because of its British GP contract with Formula One Management.”

Smedley: “Our car is good in high speed corners” (Ferrari)

“In Valencia we didn?óÔéĽÔäót have the quickest car, but compared to the start of the year, we had a much improved car, which is down to a great job from the whole team. However, our car has always been particularly suited to high speed corners and Silverstone is dominated by high speed turns for almost two thirds of the track.”

“I’m very affected by what happened to Maria [de Villota] today and I sincerely hope she will heal quickly. All my thoughts are for her and her family.”

Yesterday’s Tweets include dozens from the FOTA Fans Forum at the Williams Conference Centre.

“The traffic and the volume of people spoiled the day for me. I ended up missing the entire first run of cars (including F1) which is stupid if you?óÔéĽÔäóre only going for one day. Then when we went trackside the only available place was a quiet little clearing where the bales obscured most of the cars.”

The most widely expressed sentiment on the site yesterday was concern for the condition of Maria de Villota. Celeste was just one of many to wish her a rapid recovery on hearing she’d regained consciousness after her testing crash:

Mercedes returned to Grand Prix racing today in 1954 in the French Grand Prix at Reims.