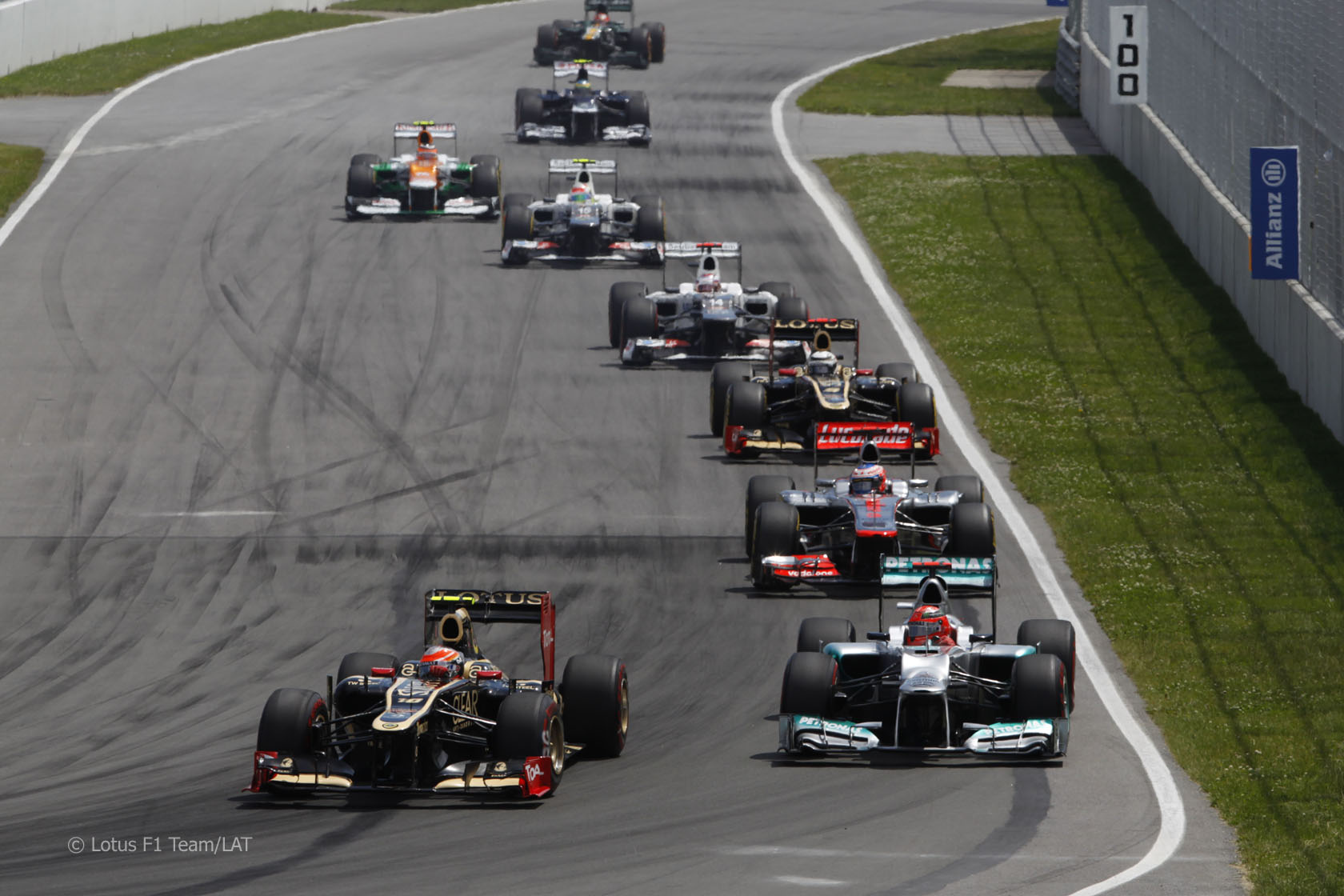 FIA race director Charlie Whiting has given drivers further guidance on the limits they must respect when defending their position.

The document, seen by F1 Fanatic, puts in writing several points discussed with drivers on the Friday of the Canadian Grand Prix weekend.

In it Whiting states that: “Any driver defending his position on a straight and before any braking area, may use the full width of the track during his first move provided no significant portion of the car attempting to pass is alongside his” (emphasis as in original document).

“Whilst defending in this way the driver may not leave the track without justifiable reason.”

Whiting goes on to define the term “significant portion”, stating that this applies if the car attempting to pass gets any part of its front wing alongside the rear wheels of the car in front.

The rules on defensive driving were previously clarified during the off-season. The previously accepted convention that a driver must leave room for a rival when returning to the racing line between braking zones was codified in Article 20.3 of the Sporting Regulations.

This relates to article 20.2 of the Sporting Regulations which includes this stipulation: “Should a car leave the track the driver may rejoin, however, this may only be done when it is safe to do so and without gaining any advantage.”