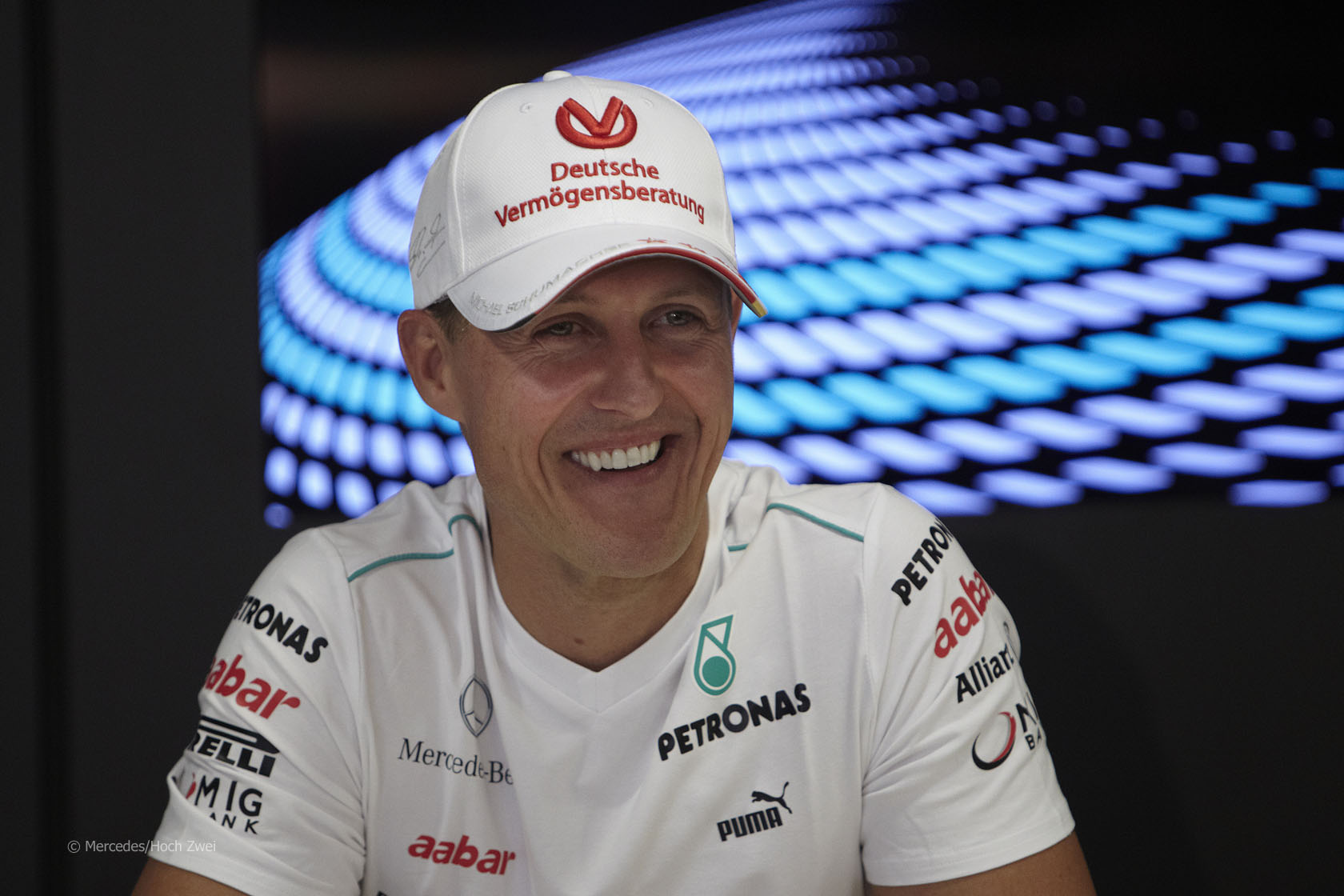 In the round-up: Ross Brawn says Mercedes won’t look for another driver until they know what Michael Schumacher’s plans are.

This weekend I’m going to be doing live television commentary on motor racing for the first time.

The whole thing will be broadcast live online so if you want to you can watch along on Saturday and Sunday. See here for details of when and where it’s on:

“We are focused on Michael for as long as it takes, and whatever it takes. Then we will see where we are elsewhere.”

Christian Horner: “There is a genuine respect between the two of them. Sebastian [Vettel] has achieved so much in such a short space of time, but he knows in Mark [Webber] that he has got a very genuine competitor. And Mark knows that Sebastian is the benchmark, or has been the benchmark for the last few years.”

“Andre Simon has died at the age of 92. The Frenchman was one of the mainstays of the Gordini team in the 1950s, but also drove for Mercedes-Benz.”

“The most unacceptable bit was the toilets. There were just five Portaloos. You tried not to use them but, eventually, you had no choice. They were disgusting and, as far as I could see, they weren’t cleaned over the weekend. No effort had been made to place them on a hard-standing area. And there were no washing facilities at all. The whole thing had to be a health hazard. I won’t begin to describe what it was like – except to say it was an affront to everyone’s dignity.”

“I leave hoping the day’s events won’t expose Silverstone to too brutal a backlash. The circuit management can’t be blamed for the weather ?óÔéĽÔÇŁ and it’s not the only sporting venue affected: quite a few horse race meetings have been culled and Wimbledon only escapes because centre court has a retractable lid.”

The Bulls vs the Prancing Horses (ESPN)

Karun Chandhok: “You really get the feeling that nine races in, Lotus should have had at least a couple of wins under their belt, with a car that clearly has very good pace on a variety of circuits.”

“When triple Formula One world champion Jackie Stewart thinks of the Olympics, it brings back memories of the biggest disappointment of an otherwise glorious sporting career.”

From lapper to rapper for Lewis Hamilton (The Sun)

“F1 ace seals recording deal on night out with US star J Cole.”

We also need better TV coverage. We are bombarded by endless commercials and idiotic comments sometimes. I watch on line and record the coverage here. It?óÔéĽÔäós amazing how much we miss because of so many interruptions. Also the coverage on Fox is pre-recorded. […]

I will be going to Austin come November. There are more fans of Formula 1 here than it’s made out to be. I was at the last race at Indianapolis and I met fans that, like me, drove all the way from Atlanta and Miami. There is an F1 following here, real die-hard fans, who get no respect.
Sinnr

ITV had taken over the F1 broadcasts in the UK that year and for their home race they introduced an innovation: Martin Brundle’s first grid walk: