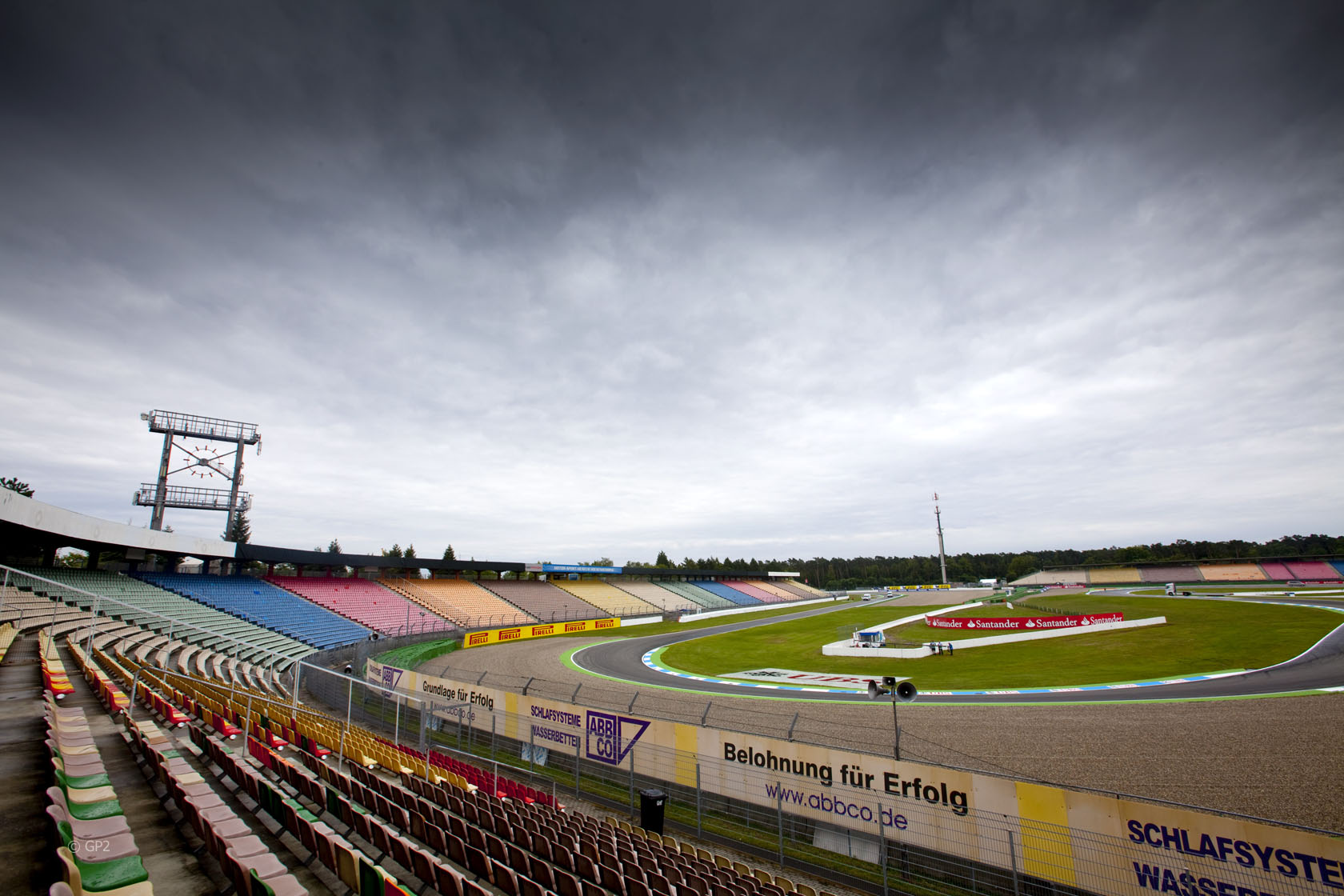 The German Grand Prix switches between venues each year and this time it’s the turn of the Hockenheimring.

Located around 100km south-west of the Nurburgring, Hockenheim has seen some blisteringly hot conditions in the past. This year’s race looks set to be not quite as hot, but should at least be dry and sunny.

The weekend will begin with cooler conditions and a slight chance of rain on Friday and Saturday. But it will get hotter as we draw closer to race day and the clouds should drift away giving us a sunny Saunday.

As we’ve seen so often already this season, the changing temperatures will play a decisive role when it comes to tyre strategies. Sunday will be the hottest day but air temperatures in the low 20C range is well short of what we’ve seen here in the past.

If you’re in the area please share your observations about the weather in the comments or in the German Grand Prix spectators’ forum:

Location of the Hockenheimring

See the location of every race on the 2012 F1 calendar here: