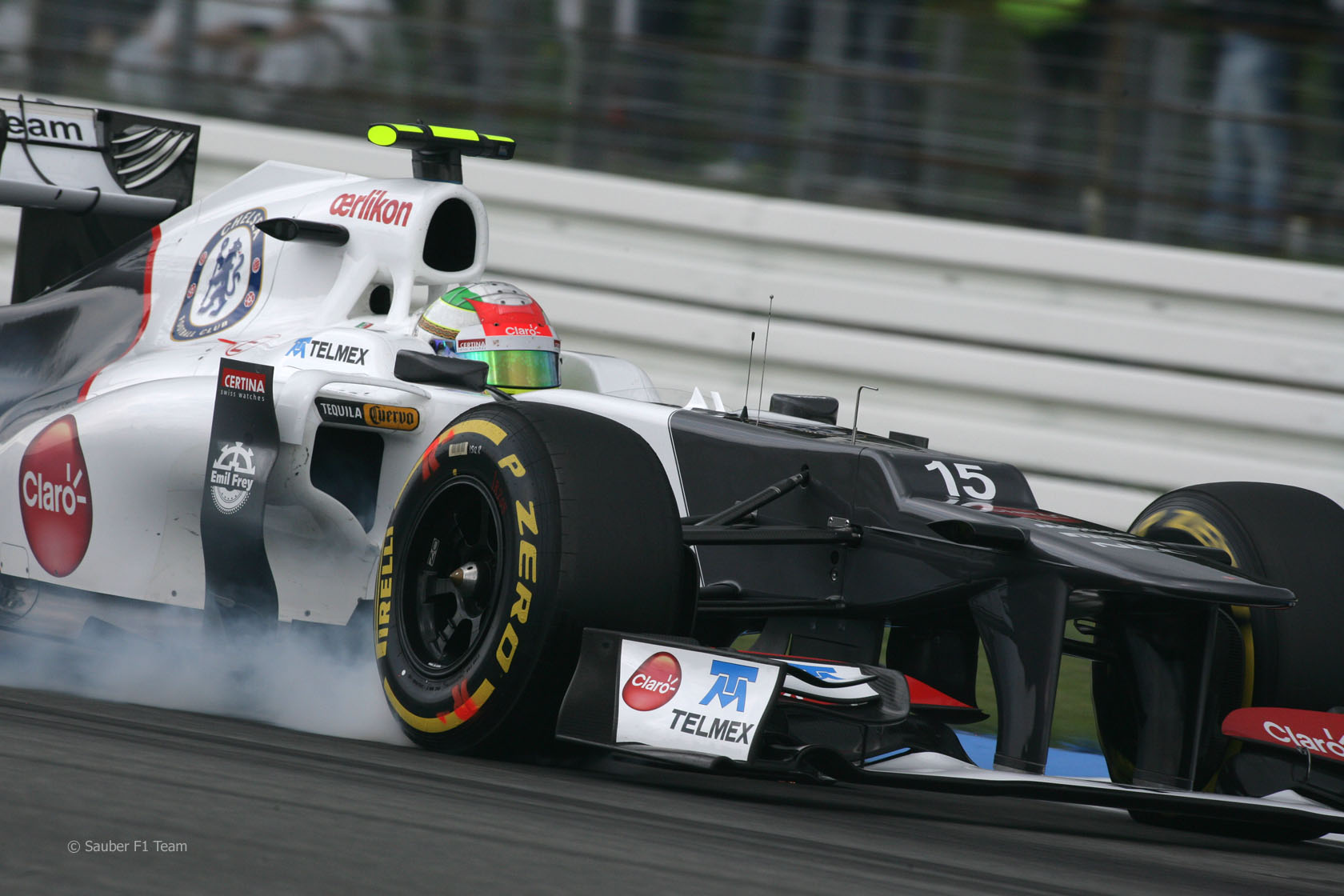 Sergio Perez has been docked five places on the grid for the German Grand Prix.

The stewards decided the Sauber driver had impeded Fernando Alonso and Kimi Raikkonen during the qualifying session. Raikkonen complained about Perez’s driving on the ream radio during the session.

Perez originally qualified in 12th place. He is the fourth driver to receive a grid penalty for this race.

The stewards’ statement said the penalty was imposed “due to the driver being involved in two similar offences in the same session”.

16 comments on “Perez moved back on grid for impeding”