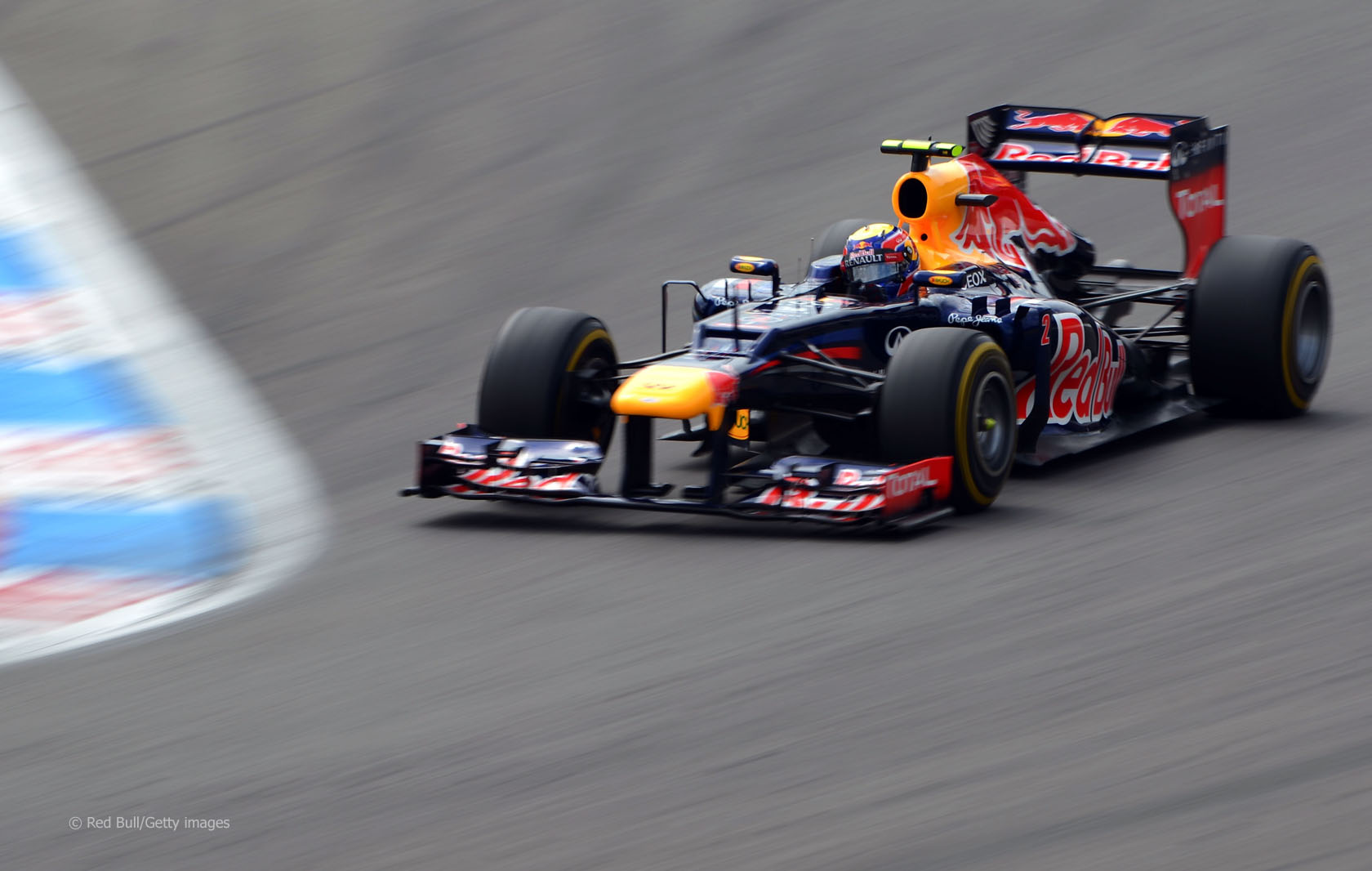 The legality of Red Bull’s cars is in question ahead of the German Grand Prix.

FIA technical delegate Jo Bauer said the team may be using an unapproved engine torque map to “artificially alter the aerodynamic characteristics” of their cars.

In a statement released ahead of today’s race Bauer said: “Having examined the engine base torque map of car numbers one and two it became apparent that the maximum torque output of both engines is significantly less than the mid rpm range than previously seen for these engines at other events.

“In my opinion this is therefore in break of article 5.5.3 of the 2012 Formula One Technical Regulations as the engines are able to deliver more torque at a given engine speed in the mid rpm rang.

“Furthermore this new torque map will artificially alter the aerodynamic characteristics of both cars with is also in contravention of TD 036-11.

“I am referring this matter to the stewards for their consideration.”

Article 5.5.3 of the Technical Regulations states:

“The maximum accelerator pedal travel position must correspond to an engine torque demand equal to or greater than the maximum engine torque at the measured engine speed.

“The minimum accelerator pedal travel position must correspond to an engine torque demand equal to or lower than 0Nm.”

Update: No penalty for Red Bull over engine map

114 comments on “Red Bull referred to stewards over engine maps”