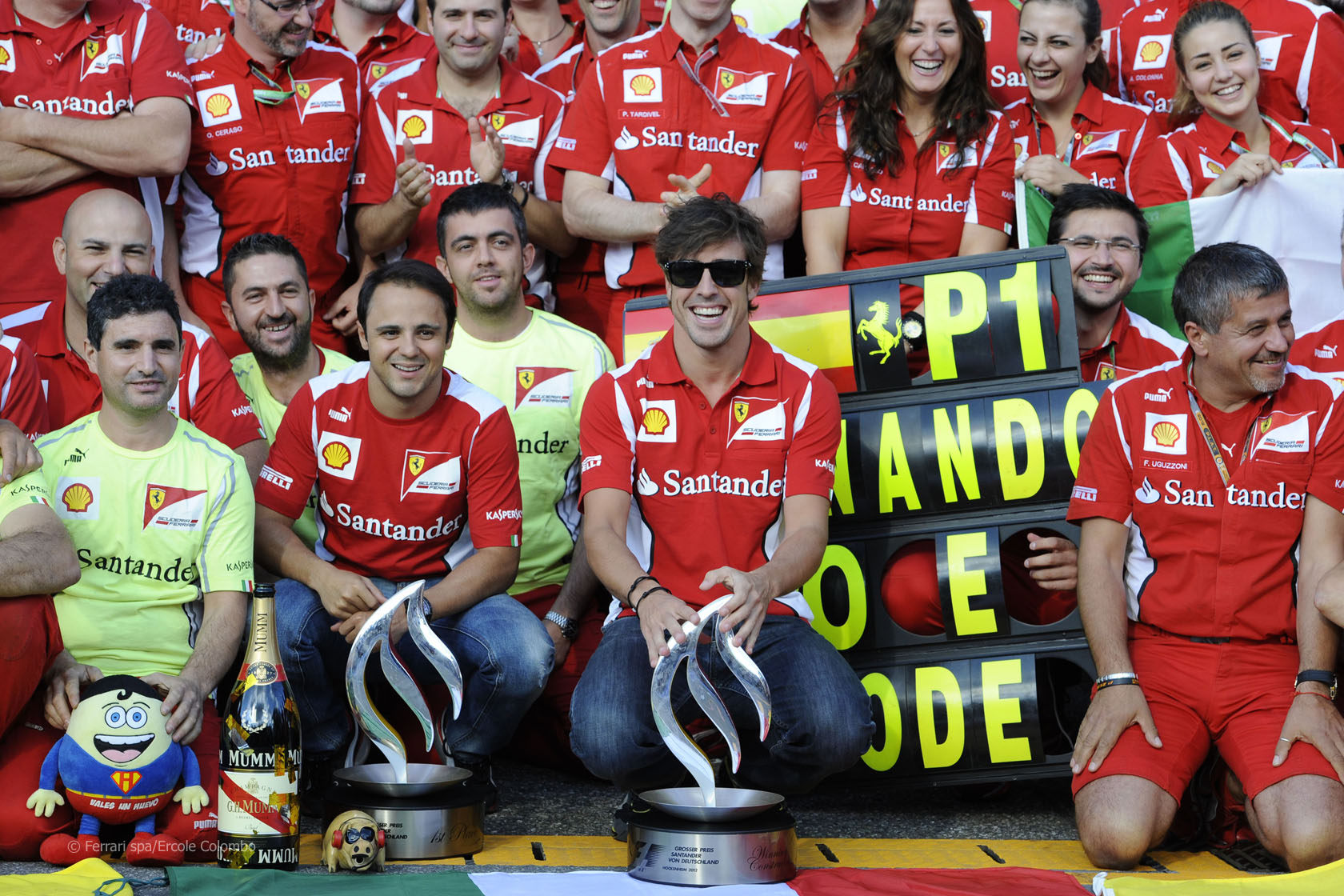 Here are the other four drivers who have done so, and how many races it took them to reach the milestone:

Alonso also started from the 22nd pole position of his career, giving him one more than Lewis Hamilton.

He continues to edge closer to Schumacher’s record for consecutive points finishes, needing just two more to tie on 24. More on that here.

It was Alonso’s third win at the Hockenheimring, adding to his 2005 and 2010 victories. Only Schumacher has won more times at this track, with four victories in 1995, 2002, 2004 and 2006. The first of those was on the track’s previous high-speed configuration.

Hamilton did not get the result he was hoping for in his 100th race start. For only the 12th time in his career he was not classified, having pulled off with deteriorating handling, a legacy of his puncture on lap two.

Hamilton has claimed pole position in over a fifth of the races he has started (21), set 11 fastest laps and won 18 times. Here are his top ten placings in his first 100 races:

It was Heikki Kovalainen’s 100th appearance at an F1 race weekend but not his 100th start: he failed to start the Spanish Grand Prix in 2010 due to a gearbox problem on his Lotus.

Michael Schumacher set the fastest lap of the race. This was the first time he had done so since his return to the sport – his last came in his final race for Ferrari at Interlagos in 2006.

He already holds the record for most fastest laps. This was his 77th, increasing his lead over Prost to 36.

Schumacher is the oldest driver to set the fastest lap in a race since Jack Brabham 42 years ago. Only six drivers have set fastest lap at an older age than Schumacher:

Team mate Sergio Perez scored points for the third time in the last four races despite not having started any of them higher than 15th.

Jenson Button qualified ahead of Lewis Hamilton for the first time this year. He had started in front of him in previous races due to penalties.

McLaren were the fastest team in the pits for the third race in a row. They changed Button’s tyres in 2.31 seconds during his final stop, a new record.

Romain Grosjean equalled his worst starting position with 19th. He started their twice during his first F1 races with Renault, at Spa-Francorchamps and Yas Marina during the 2009 season.

Spotted any other interesting stats and facts from the German Grand Prix? Share them in the comments.

115 comments on “Alonso is fifth driver to reach 30 wins”