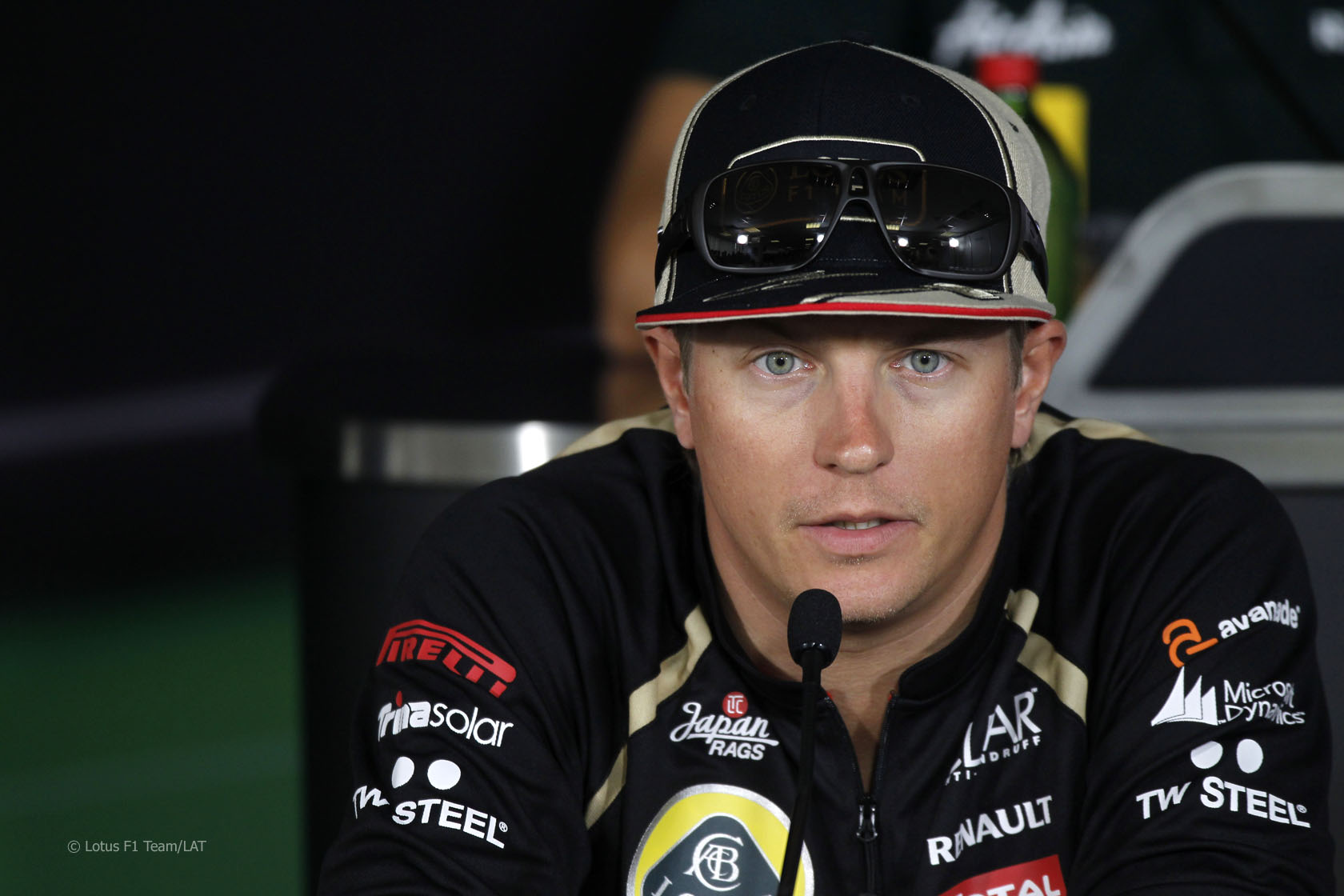 Kimi Raikkonen says missing out on two years of F1 hasn’t compromised him since his comeback.

Asked if his two years out of F1 affected his performance he said: “I don’t know. I was a few years out, I was doing different things. I don’t think if I’d been driving two years in Formula 1 – I don’t think I would be any different, really.

“Maybe it took a few practices, a few races to know exactly everything. Of course it’s a new team so it [takes] a bit to know everybody and know exactly what you want but I think we are getting there now and it hasn’t been too bad really. It’s been OK.”

Raikkonen said he wasn’t sure what he and Lotus were capable of achieving in the championship this year: “I will tell you at the end of the year. We try to do the maximum all the time and I don’t know where we’re going to end up.

“We’re doing pretty OK now. I think they didn’t probably expect us to do so well as a team this beginning of the year.

“We try to improve and hopefully we can manage to do that and be in the fight for top three. We are now fourth in the teams’ championship and fourth in the drivers, we go race-by-race and try to score as many points on my side as I can and try to help the team.