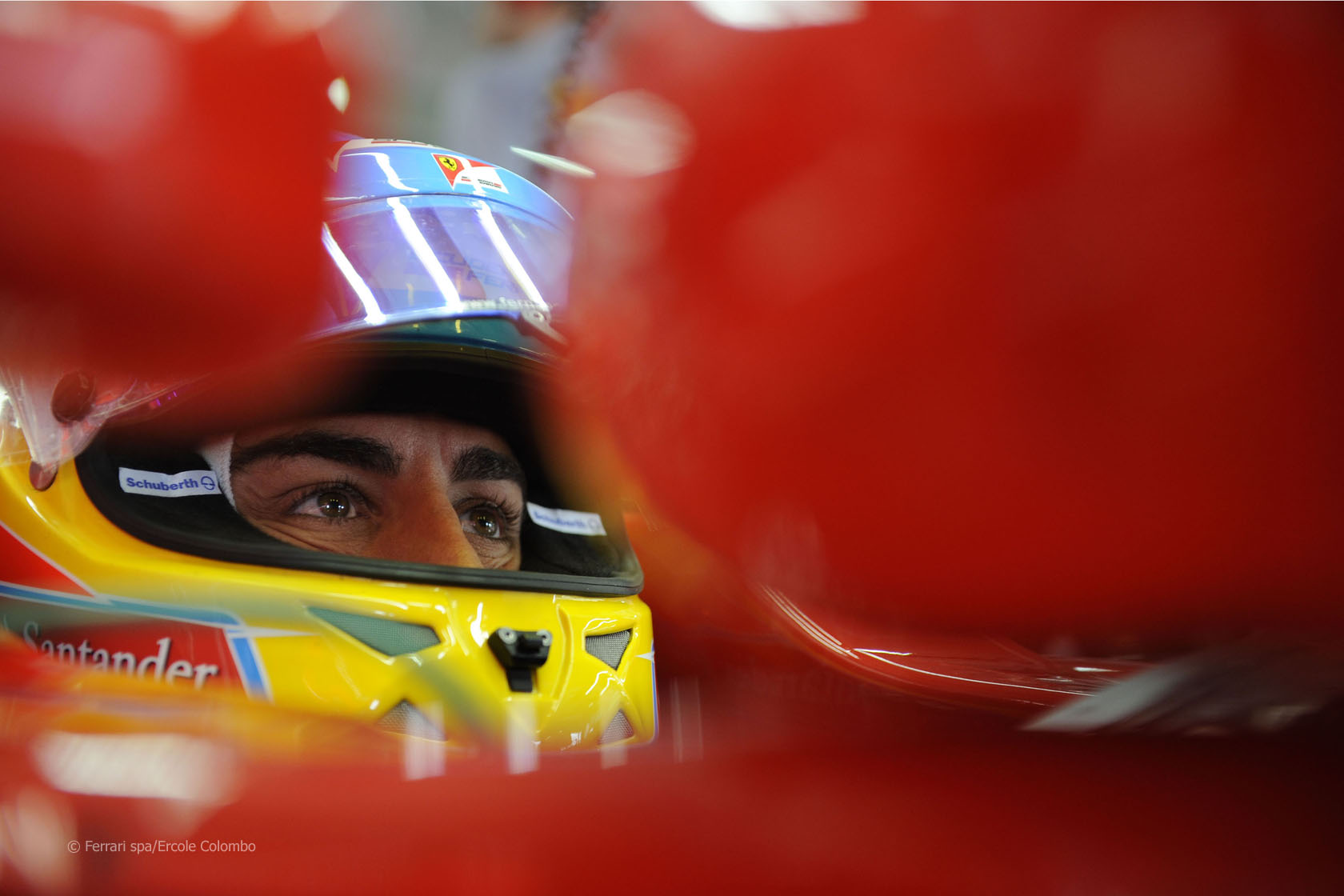 Fernando Alonso overwhelmingly won the Driver of the Weekend poll for the second time this year following his victory in the German Grand Prix.

The top three was completed by Kamui Kobayashi. The Sauber driver claimed the best result of his career to date, fourth place, following Sebastian Vettel’s post-race demotion from second.

Here’s how the F1 Fanatic readers justified the choice of the top three.

Alonso ruled the wet qualifying session for the second Grand Prix in a row to claim his second pole position of the season. In Q3 he switched to fresh wet tyres to produce a lap that secured him pole position.

On Sunday he controlled the race from the start, resisting attacks from Vettel and Button, who were unable to get close enough to make an attempt to pass him. As a result, he extended his lead in the championship.

Alonso has this one easily. Fast in practice, fast in qualifying and another masterful wet pole position. I?óÔéĽÔäóm not sure the car is capable of pole in the dry and he?óÔéĽÔäós really grabbed the last two opportunities with both hands. Brilliant start, made no errors despite having Vettel and Button within a couple of seconds of him for the whole race and managed his tyres beautifully despite some blistered rears in the middle stint.
Dan Thorn

Not really any question about it this weekend, it has to be Alonso. In qualifying smart strategy combined with great wet-weather pace meant he set not just one but two laps good enough for pole position. Then the race was just vintage Alonso as he controlled the race from start to finish despite the Ferrari not being as fast as his pursuers. That he leads the championship by over a win despite not having the quickest car at any race so far shows just how remarkable his form has been this season.
Ads21

Alonso was flawless, and it?óÔéĽÔäós nice the voting is reflecting that already, huge percentage for him. Most importantly he had a great qualifying lap in very difficult conditions and perhaps not in the best car. As for the race, another great start and despite having two world champions in arguably faster cars hounding him for the whole race he kept a cool head, kept his tires from degrading too quickly and was all round just fantastic.
Davidhunter13

After a few disappointing weekends, Button out-qualified Lewis Hamilton for the first time this year. He gained a few places at the beginning of the race and joined the front runners. Thanks to McLaren’s lightning fast pit stop, he overtook Vettel and hounded Alonso for the lead.

He had to give up the fight when his tyres went off and was overtaken by Vettel to cross the line in third. However he regained his second place when the Red Bull driver was penalised for overtaking outside the track.

Button drove an excellent race, and to climb to second from sixth was most impressive. Also, he outqualified Hamilton for the first time this year.
Hallard

I quite liked Button?óÔéĽÔäós drive in the race, from all the bad luck/lack of confidence in the car to all of a sudden be qualifying sixth and finishing second, was a great drive and will do wonders for his confidence.
Jen Campbell

Started outside the top ten and lost a place to his team mate in the early stages of the race, but reclaimed it in the pit stops. He came home in fifth after passing Mark Webber in the second stint, but was promoted to fourth due to Vettel’s penalty – his best result so far.

A perfect race from him, and if he had not been unlucky in qualifying it would have been a podium.
Adam Blocker

It’s Alonso’s second win in the Driver of the Weekend poll this season, his seventh appearance in the top three and third in a row.

Jenson Button appears in the top three for the third time. It’s the first time Kamui Kobayashi has ranked in the top three, he becomes the 15th different driver to do so so far.

There’s still time to pick your Driver of the Weekend for the Hungarian Grand Prix so add your vote here:

4 comments on “German GP Driver of the Weekend: Fernando Alonso”