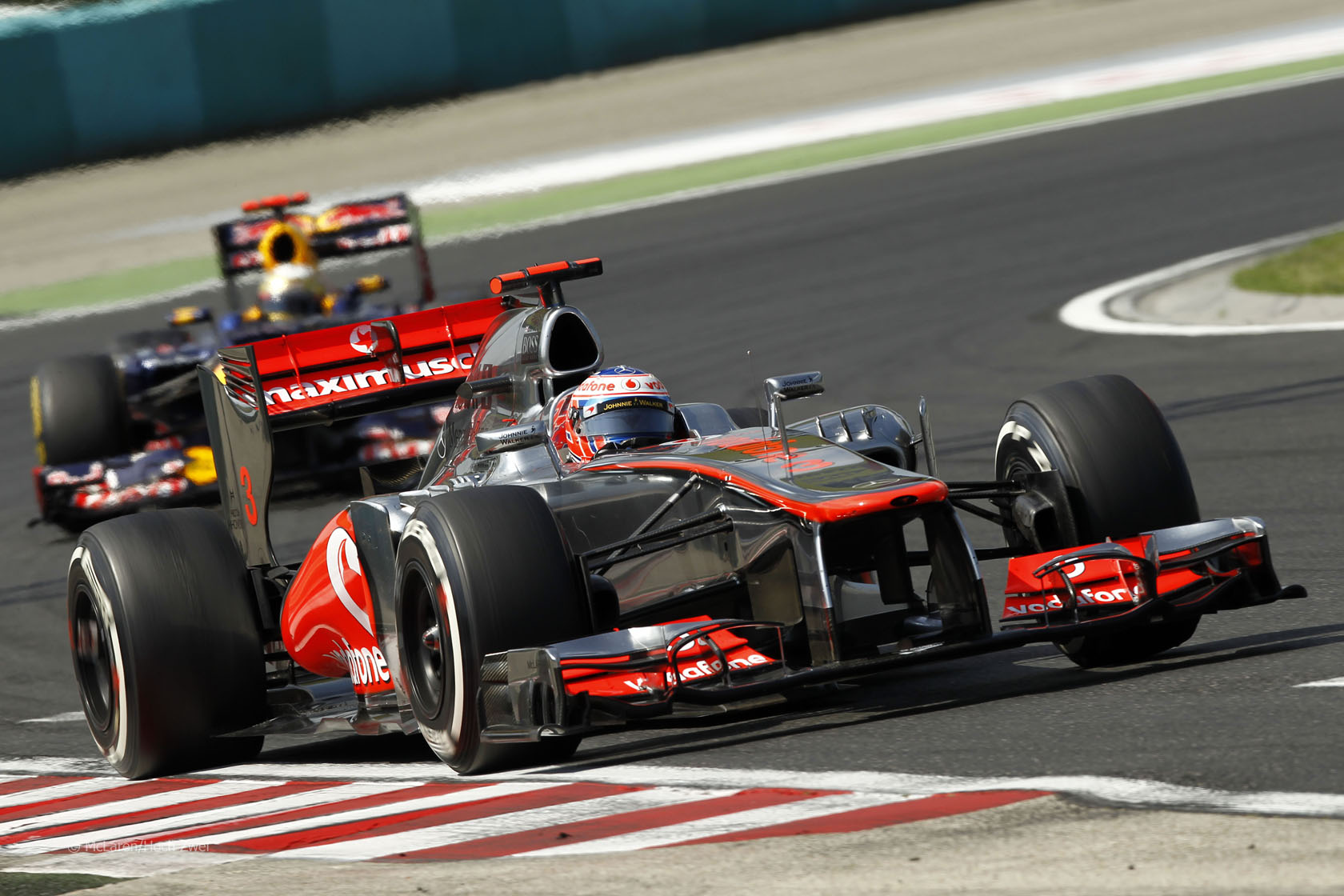 Who has the quickest car in F1 at the moment?

This was a much easier question to answer during the last season. This time 12 months ago Red Bull had set the quickest lap at every race so far.

After the first few races of 2012 it was clear how much things had changed. The top eight teams were clearly much closer together.

But what its perhaps even more surprising is that over halfway through the season we are yet to see any one team take a clear lead in car development.

Over the course of last year the top four teams – Red Bull, McLaren, Ferrari and Mercedes – were covered by 1.5% of lap time. So far this year twice as many teams – the same four plus Lotus, Williams, Sauber and Force India – are covered by a lesser margin of 1.2%.

This graph shows the percentage difference between the fastest laps set by each team on each race weekend this year:

Taking a simple average of the quickest lap times seen so far McLaren are leading the way, having been 0.22% off the pace on average so far this year. Red Bull are second, 0.46% off.

But this is only part of the picture. As we have seen repeatedly since refuelling was banned at the beginning of 2010, one-lap pace and race-stint pace can vary significantly.

Some clear examples of this which stand out from this season include Lotus, who are reliably quicker in race trim than they are in qualifying. The same usually goes for Sauber.

The reverse tends to be true for McLaren. In the last race Lewis Hamilton claimed pole position by 0.413s (0.5% faster than Romain Grosjean’s Lotus). But in the race both Lotuses were clearly quicker than the McLaren and put Hamilton under sustained pressure for the lead.

Wet weather on Saturday at the British and German Grand Prix weekends muddies the picture yet further. Ferrari and Red Bull shared the front row of the grid at Hockenheim yet the limited dry running left them fourth and eighth respectively in terms of overall fastest times. Fernando Alonso made some interesting remarks in Hungary about Ferrari’s progress having started the year so poorly:

“We knew that in the first three or four races when we were in China, Bahrain, the car was not doing what we were expecting and when we arrived in Barcelona everything became a little bit more normal for us and from that point all the updates was fine-tuning. But the Barcelona one was to make everything back to work.”

As noted here the last time we took a look at this data, the progress Ferrari made around the time of the Spanish Grand Prix was unmistakeable.

They may not have the outright fastest car at every race weekend, but this year no-one does. Over the last five races they’ve been 0.454% off the pace on average, matching Lotus and only trailling Red Bull (0.352%) and McLaren (0.287%).

These figures are slightly abstract so let’s attach a notional value to them: Over the last five races, the average performance difference covering Ferrari, Lotus, Red Bull and McLaren has been approximate to 0.15s over a typical 90-second lap (0.167%).

Furthermore, while they may lack the fastest car on outright single-lap pace, Ferrari have shown good race pace and, unlike McLaren, their car goes well in the wet. The F2012 has developed into a good all-rounder, one that Alonso is using extremely well.

Red Bull have scarcely been out of the headlines for one reason or another in recent weeks, usually concerning some complaint the FIA has had about the team’s creative approach to the rulebook.

They’ve had their engine maps tweaked, they’ve been asked to change how their suspension can be adjusted and they’ve had to alter their rear bodywork. It bears repeating that the team’s car has not broken the rules, however vexed the FIA might have been.

But having to take these pieces off the car can only have impaired their performance. After the European Grand Prix, which Sebastian Vettel was dominating before his alternator packed in, the scene looked set for a Red Bull resurgence, 2011-style. But it hasn’t happened.

It’s doubtful the changes forced on the car accounts for all of their drop in performance. The difficulty of mastering the 2012 tyres and the sheer closeness of the field will account for some of it. But what had briefly looked like turning into a Red Bull benefit has not materialised.

Another team who seemed to be on the verge of a breakthrough after the European Grand Prix was Caterham. But they also haven’t delivered.

The team bolted a major upgrade onto the CT01 at Silverstone but wet weather there and in Germany meant it took them a while to get the most out of it. Having looked set to break the 2% barrier a few races ago they slipped to over 3% off the pace again in Hungary.

With that, the prospect of them scoring their first point before the season is over has faded.

This graph shows the percentage difference between the fastest laps set by each driver on each race weekend this year:

This reveals some insights into the comparative performance between team mates:

Who do you think has had the quickest car so far this year? And which drivers are getting the best out of their equipment? Have your say in the comments.