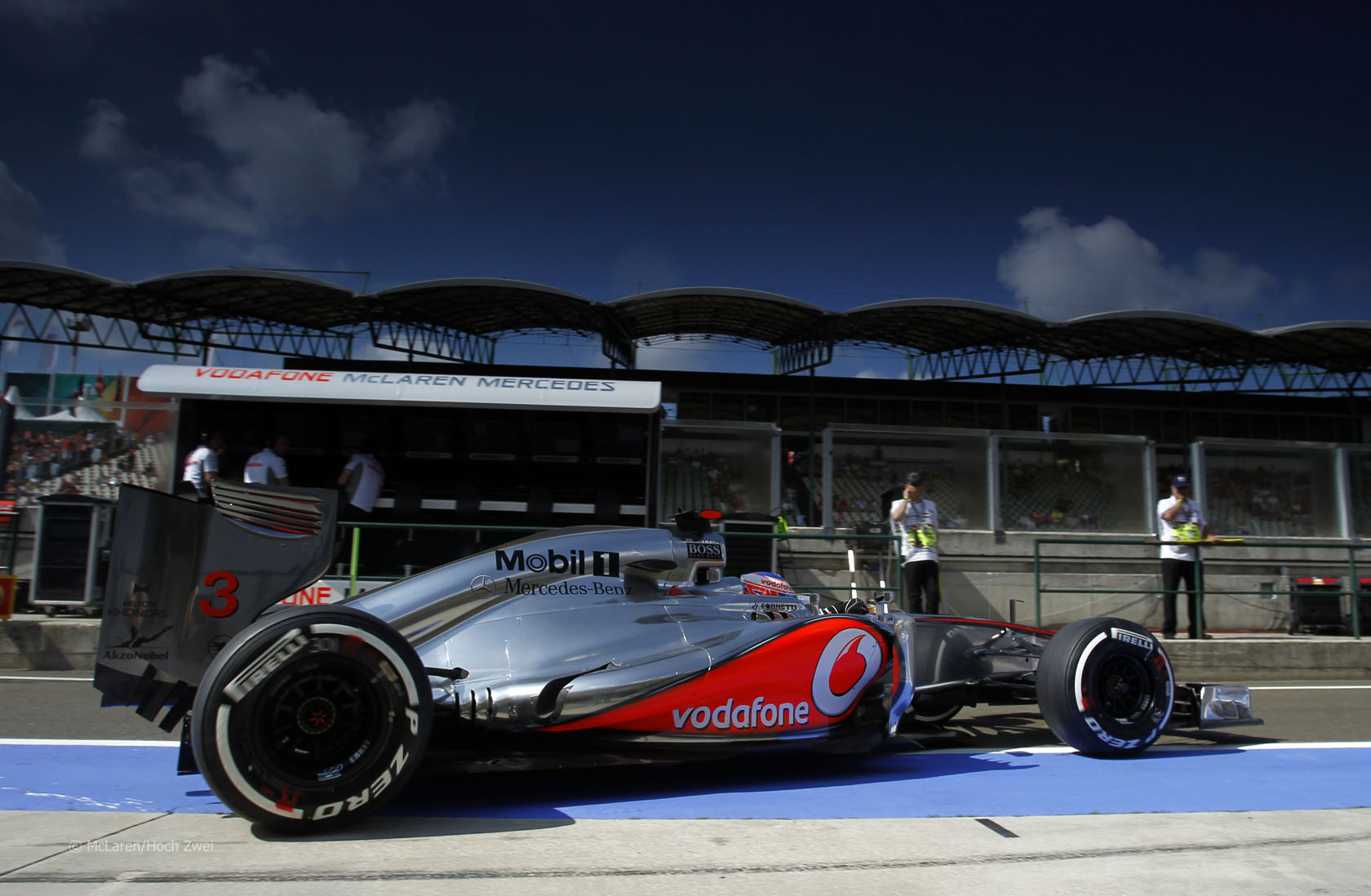 Martin Whitmarsh has denied McLaren will introduced a version of Mercedes’ ‘Double DRS’ at this weekend’s Belgian Grand Prix.

“McLaren will not have a Double DRS in Belgium,” he told a Vodafone McLaren Mercedes phone-in, following speculation the team had built such an upgrade for its MP4-27.

Whitmarsh said the team had looked at the concept but focused resources on other areas which they believed would yield greater performance increases.

“There’s no denying the Double DRS is interesting,” Whitmarsh said. “I think other variants of it are starting to be seen on teams who might not all follow the pattern that we saw on Mercedes, which was innovative.”

“But we’re not announcing when, where or if we’re going to introduce it.”

He confirmed the car would have revised wings and other visible changes on its car at Spa.

27 comments on “No ‘Double DRS’ for McLaren in Belgium – Whitmarsh”