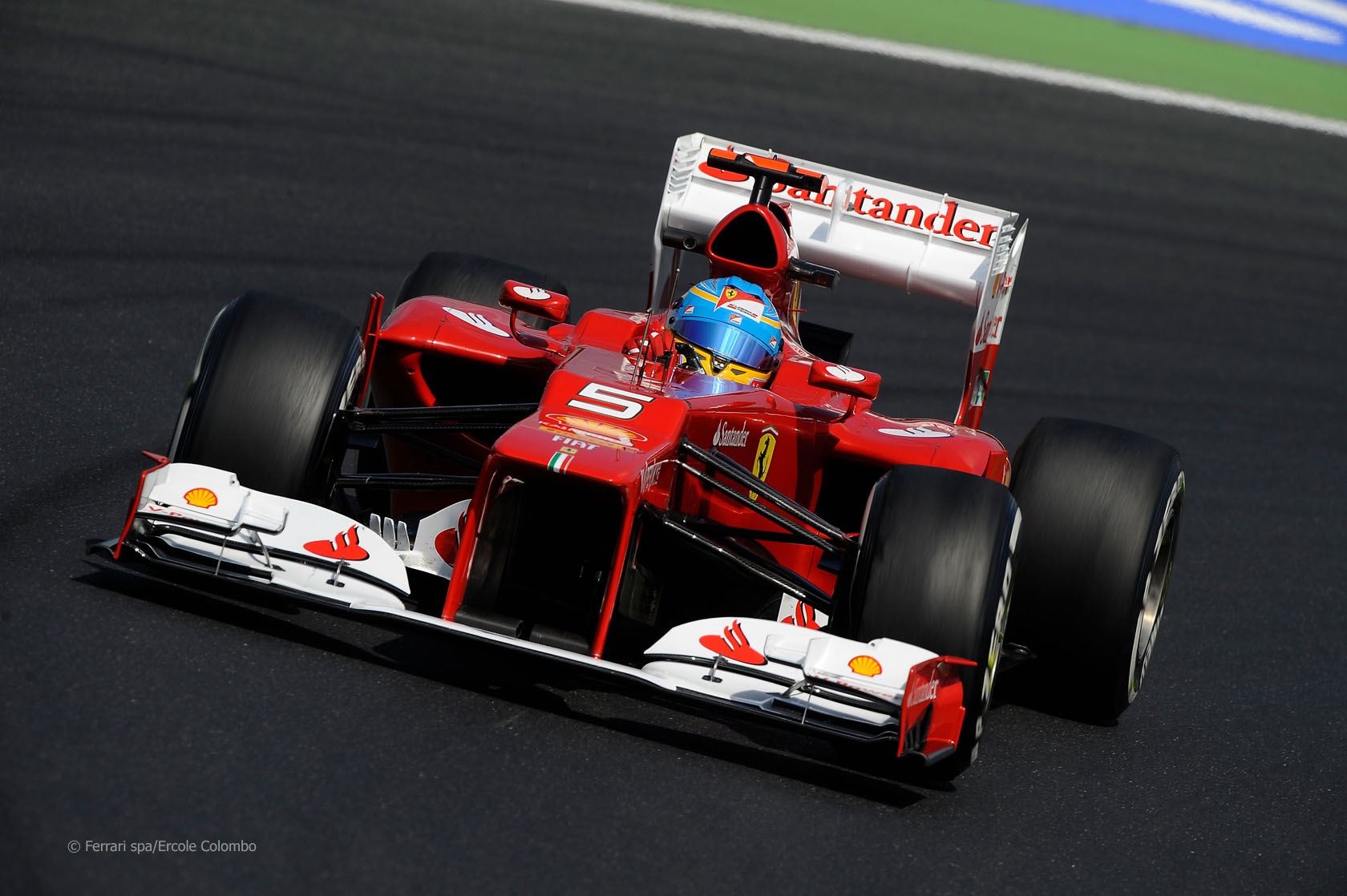 With much of yesterday’s running disrupted by heavy rain, the teams were eager to make the most of the final hour of dry practice. Within moment of the session beginning the track was busy, several drivers going straight onto runs without doing installation laps.

Bruno Senna led the running early on, followed by the two Marussia drivers as most of the team concentrated on high fuel runs. Mercedes suffered a setback when Nico Rosberg pulled over at Rivage with a technical problem.

The Ferrari drivers came to the fore, Alonso leading the way with a 1’50.690. The F2012s were usually the quickest cars through the speed traps.

Sergio Perez briefly appeared at the top of the times but it was the Red Bull drivers who were quickest as the final ten minutes of the session began. Mark Webber set a 1’49.164, Sebastian Vettel just over a tenth of a second slower.

As the final runs began on the softer medium tyres it was Perez who returned to the top, setting a 1’48.850, with team mate Kamui Kobayashi just 0.013s slower.

But Alonso comfortably beat Perez’s mark by over three tenths of a second. Kimi Raikkonen, who had complained about the balance of his Lotus earlier in the session, was second on a 1’48.683.

The improvements pushed Mark Webber down to seventh place and Sebastrian Vettel ninth.

The McLaren drivers were outside the top ten as the final runs began. Jenson Button moved up to fifth place but was over half a second off Alonso’s best, while Lewis Hamilton could only manage 12th.