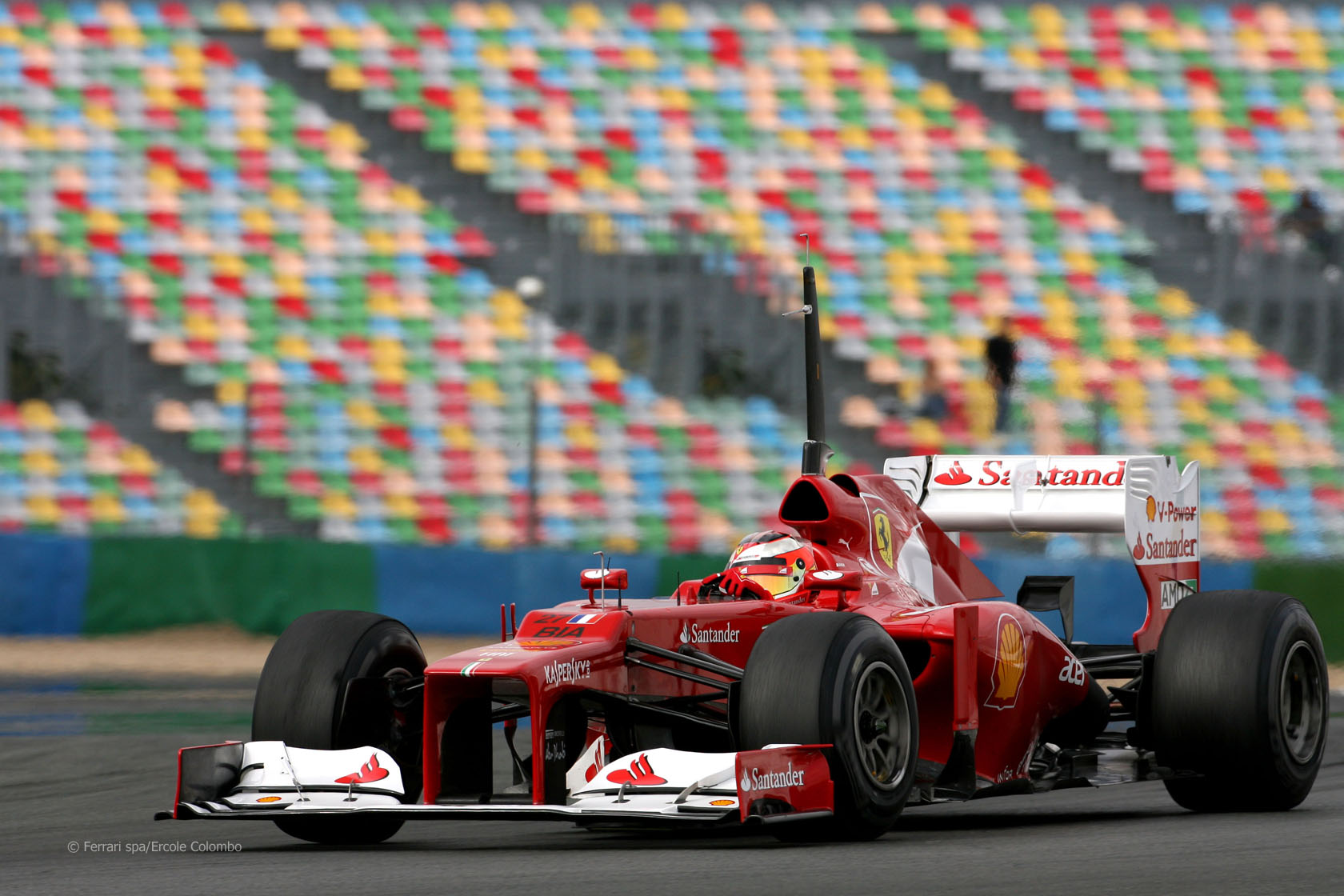 Jules Bianchi was quickest of the three drivers in action at Magny-Cours today.

The Ferrari driver set a best time of 1’18.070 at the former home of the French Grand Prix. Bianchi was sidelined by an electrical problem on his F2012 which prevented him from going for a quicker time at the end of the session.

“We tried various aerodynamic components which are not big evolutions for the car, but things already tried on Fridays at the races and brought here to confirm some of the data,” he said.

Bianchi’s fellow Formula Renault 3.5 championship rival Sam Bird was third-fastest as he tested a new exhaust on the Mercedes W03.

The pair sandwiched the Force India of Luiz Razia (pictured) which Bianchi will drive tomorrow.

Davide Rigon will take over the Ferrari as he makes his first return to a single-seater since his GP2 crash at Istanbul last year.