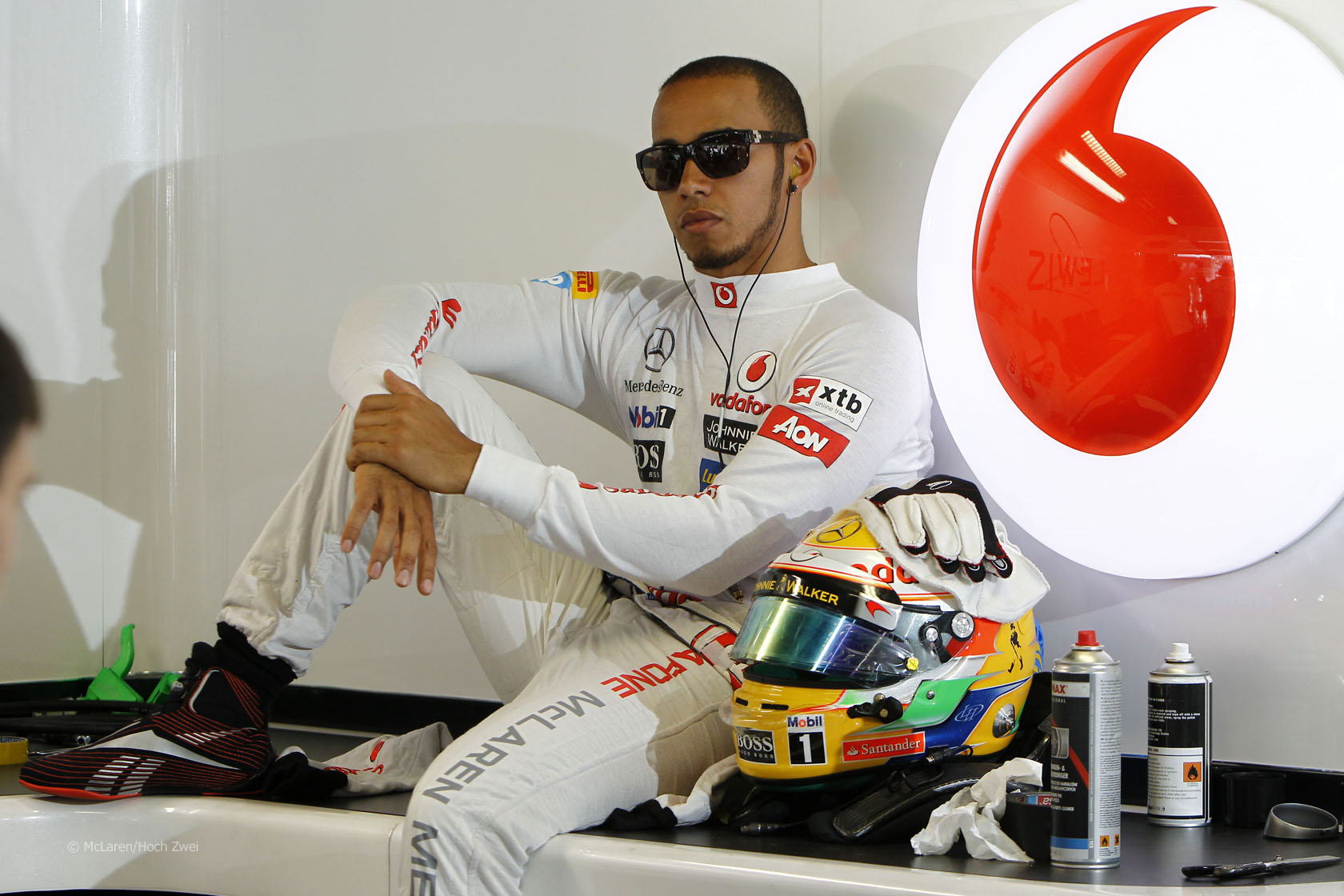 Lewis Hamilton’s rumoured move to Mercedes could have a seismic effect on the 2013 driver market by opening up a seat at the team with the fastest car in F1 at the moment. A contract extension for Lewis Hamilton with McLaren looked like a formality after Mark Webber re-signed for Red Bull in July.

That meant there was no longer any room for him with last year’s world champions. And it seemed unlikely Fernando Alonso would welcome him at Ferrari, despite his protestations to the contrary.

But, despite Hamilton saying he “didn’t see many problems” in arranging a new contract, weeks passed and no new deal was announced. Then last week the BBC ran a story claiming Hamilton was Mercedes-bound for 2013.

McLaren were quick to deny the claim. But Ross Brawn leant legitimacy to the view that Hamilton might join his team when he said that top drivers would be well-advised to align themselves to manufacturer teams in time for the new 2014 engine rules.

Now in his sixth season with McLaren, Hamilton’s relationship with the team appears to have strained, particularly after he posted confidential team information on Twitter during the Belgian Grand Prix weekend.

And there is the added lure of a more generous deal. Amid doubts over the commitment of their title sponsor, McLaren have signalled Hamilton’s retainer would not be as generously renewed this time.

But there are compelling reasons why Hamilton might not want to leave McLaren: concern over compromising his championship effort with McLaren over the rest of 2012, doubts over Mercedes’ performance (they’ve scored one win in 51 races since returning to the sport) and commitment to F1 (they have not yet agreed terms for the new Concorde Agreement), and loyalty to the team that brought him through the junior ranks, gave him his F1 break and made him a world champion.

For Hamilton to leave McLaren at a time when they have the quickest car in F1 and a genuine shot at the championship would be a major statement about his faith in their ability to remain competitive in the years to come. And it would mark an end to an association which began when a nine-year-old Hamilton first introduced himself to Ron Dennis and declared he would race for his team one day.

But neither of those things means it isn’t going to happen.

Who would leave Mercedes?

Should Hamilton join Mercedes, which of their drivers will make way? On the face of it the decision is obvious: Nico Rosberg signed a “multi-year” deal in November whereas Michael Schumacher’s three-year deal expires at the end of this season.

But contracts in F1 are often made to be broken. And will Schumacher really want to head back into retirement just as he’s finally getting on terms with his team mate? In the last six races he’s out-qualified Rosberg four times and out-raced him five times.

Who would McLaren turn to? McLaren are clearly the team to beat at the moment having won the last three races. If Hamilton leaves they can go shopping for a replacement pretty much anywhere.

Martin Whitmarsh has said the team don’t have a ‘Plan B’ should they fail to retain Hamilton. But group chairman Ron Dennis recently reiterated the team’s hiring policy as being simply to sign the best two drivers that are available.

If they can hire another one, they will. But should Hamilton go that would leave only two plausible options.

An early attempt by Dennis to sign Schumacher was caught in this famous video. Almost two decades later, perhaps this could be Dennis’s chance to finally get his man. It would be a hell of a way to put one over Mercedes.

Failing that, Kimi Raikkonen may be susceptible to overtures from his former team as Lotus continue to come frustratingly close to delivering victories. He had talks about returning to them in 2010 after leaving Ferrari.

But there have also been times in McLaren’s history where their driver choice has been more a case of short-term pragmatism. They have been willing to give opportunities to less experienced drivers. And there’s no shortage of promising talent in the field McLaren could give a dream chance to.

Either Force India driver could fit the bill and McLaren have a connection with the team through their technical supply deal. Sergio Perez and – his recent indiscretion notwithstanding – Romain Grosjean have also impressed, scoring a trio of podiums each this year. Ferrari’s option on Felipe Massa’s services has expired and hasn’t been taken up.

That doesn’t necessarily mean they won’t. Massa’s performances have modestly improved of late with fifth and fourth place finishes in the last two races, albeit aided by a much-improved F2012.

Ferrari president Luca di Montezemolo reiterated today that he believes Sergio Perez is not experienced enough to drive for them yet, despite Perez beating both his drivers on Sunday.

Perez, a Ferrari development driver, is in a similar situation to Massa six years ago. Massa was promoted to Ferrari’s race team in 2006 after three years racing for Sauber and one year spent testing for Ferrari.

While Alonso leads the drivers’ points, Ferrari lie third in the constructors’ championship. With each passing season Massa’s points shortfall compared to his team mate has grown.

Massa is costing Ferrari points, places and, ultimately, millions in lost prize money. That situation is one that even a team as rich as Ferrari cannot tolerate indefinitely.

Charles Pic is in contention for a seat at Sauber next year according to a recent report in Autosport magazine.

Pic has made an encouraging start to his first F1 season with Marussia, out-qualifying team mate Timo Glock four times and finishing ahead of him in three of the eight races where both were classified.

The 2013 F1 driver line-up will be updated here as new deals are announced. Here’s the state of play at the moment: