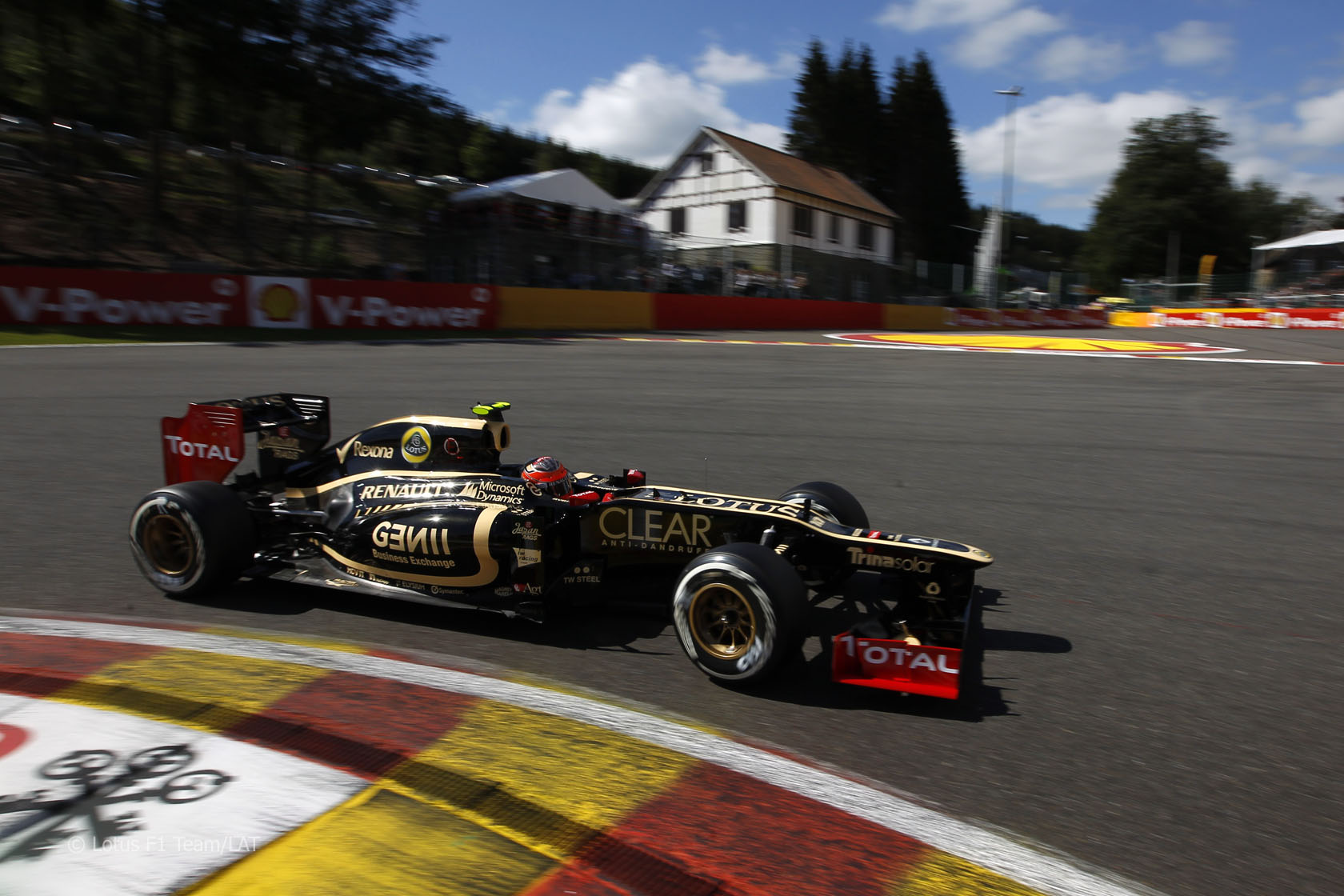 Romain Grosjean says he won’t merely be driving to help his team mate in the world championship over the remaining races of the season.

Grosjean, who will return to F1 following a one-race ban in Singapore, lies eighth in the drivers’ championship with 76 points. Team mate Kimi Raikkonen is third on 141, 38 behind leader Fernando Alonso.

Grosjean said: “I wouldn?óÔéĽÔäót say that for the rest of the season I?óÔéĽÔäóm here just to play a supporting role; if I have the
opportunity to reach the podium, or even a win, then I will take it.

“Of course, I want the team to achieve the best results it can and if you look at the points difference between me and Kimi it would be foolish to think only of my own results. Let?óÔéĽÔäós hope we can have a fantastic end to the season for me, Kimi and the team.”

Grosjean admitted he hasn’t been as comfortable with the E20 in recent races as he was at the start of the season: “I would say that since Hockenheim I haven?óÔéĽÔäót really had the same connection with the car as I had previously.

“At the start of the season I felt very comfortable and by the time we got to Valencia the sensation I had in the car was just amazing. Whether it?óÔéĽÔäós the tyres, the setup or something in my driving style I?óÔéĽÔäóm not 100% sure; we need to go through everything and find out.

“The grids are so close this year that any tiny thing can mean the difference between being at the front and sitting in the midfield. I?óÔéĽÔäóm determined to find that synergy with the car again in Singapore and carry it through the rest of the season.”