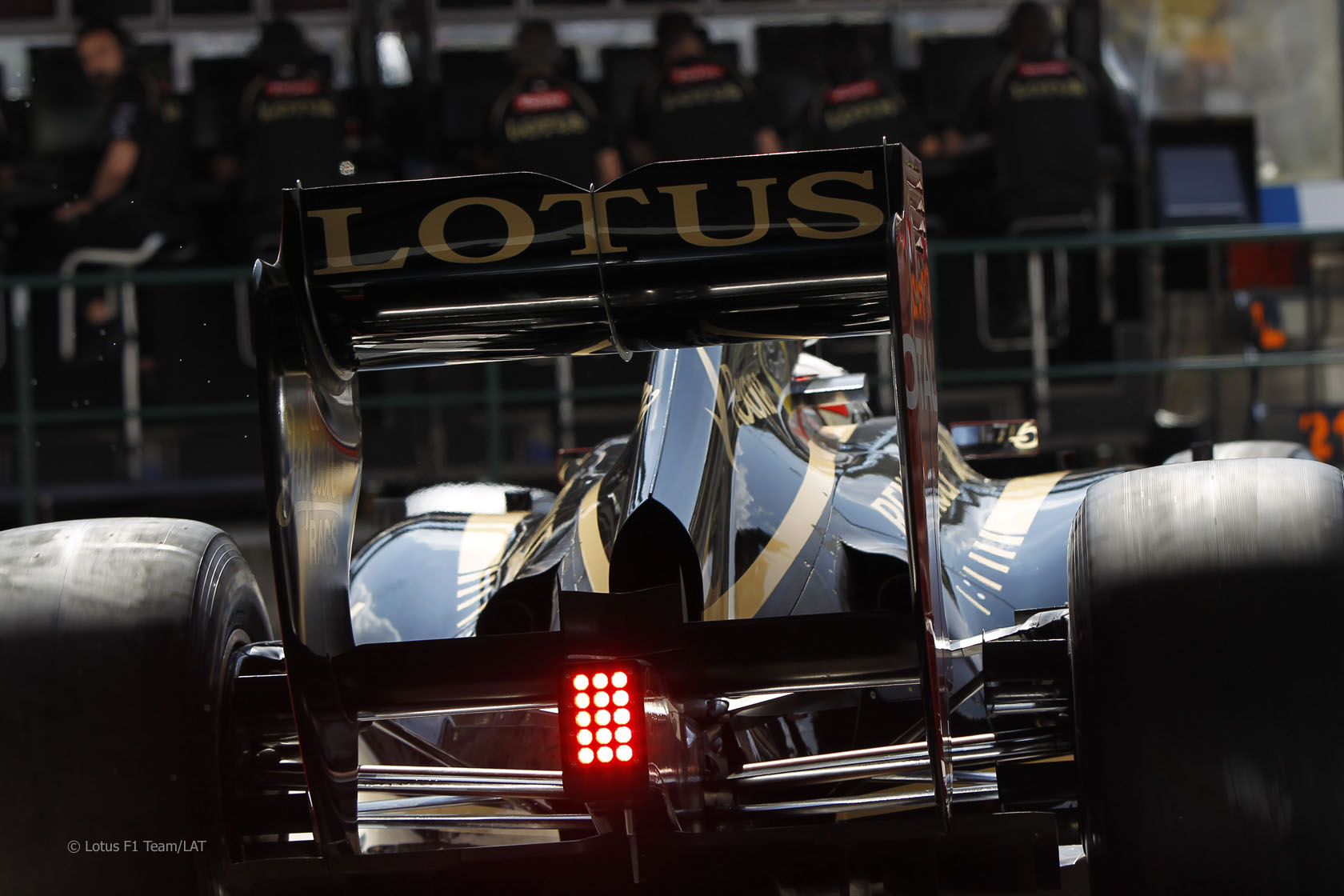 Lotus will run a new rear wing on their E20 which they believe will improve their DRS switching effect on the high-downforce Singapore track.

The team’s technical director James Allison said: “The new rear wing operates at the same downforce level as our Monaco spec rear wing, but with a better DRS delta.

“This means that this wing has better DRS switching from its maximum drag to its reduced drag settings. We believe we?óÔéĽÔäóve been able to produce a rear wing which is at the higher end of the downforce spectrum but still able to allow the lion?óÔéĽÔäós share of the DRS potential which is more difficult to achieve at high downforce levels.

“It will be interesting to see how it works on track.”

The team will also have a revised floor for the E20.

Allison added the team are doing everything they can to get to the bottom of the alternator problems which have affected Renault’s engines this year:

“We continue to play our part in helping Renault Sport resolve any issues as painlessly as possible. We don?óÔéĽÔäót
need to tell them that it?óÔéĽÔäós an area which needs addressing, as it?óÔéĽÔäós something they know with absolute urgency.

“We are also prepared to bend over backwards if there are any changes needed on the car.”