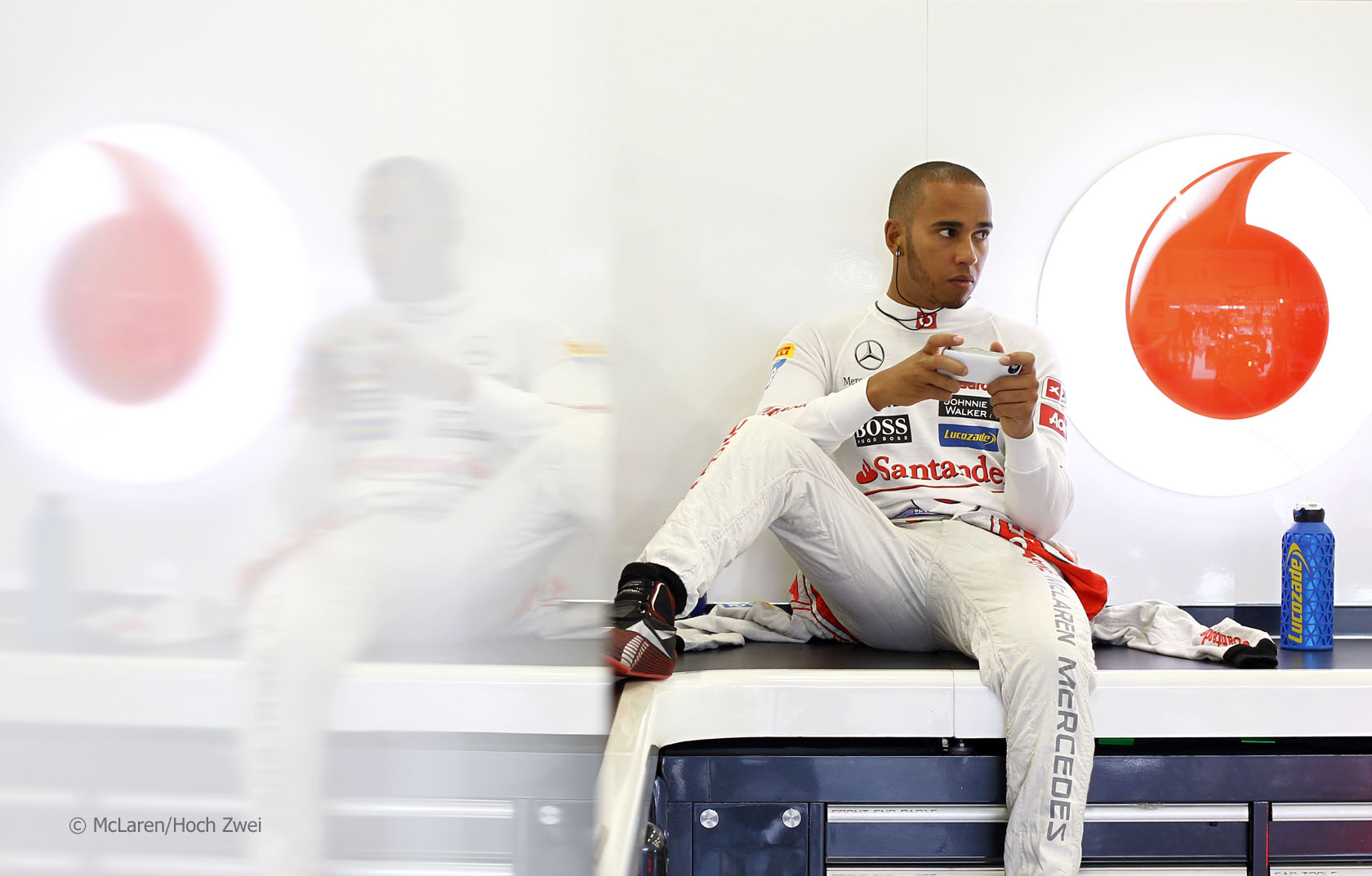 Twitter has been in the F1 headlines recently, largely thanks to the indiscretions of Lewis Hamilton.

The F1 population on Twitter continues to swell, with almost every driver now using it.

On top of that there are dozens of team members from senior technical personnel to mechanics, the massed ranks of F1 media and growing numbers of former drivers and even a few ex-world champions.

F1 Fanatic maintains a list of genuine Twitter accounts for you to follow. Over 100 new accounts have been added in the most recent update. Find them all here:

All bar three of the current F1 drivers grid can be found on Twitter. Sebastian Vettel, Michael Schumacher and Kimi Raikkonen are the only ones staying off it, for now at least.

The other three world champions currently racing are on Twitter. Fernando Alonso is a fairly recent arrival:

Alonso has already passed the one million follower mark and is on course to overtake Jenson Button as the most popular F1 driver on Twitter.

Among the other new additions to the list is HRT’s Ma Qing Hua, who recently became the first Chinese driver to participate in an F1 weekend:

I'm so happy to drive the F112 for a 2nd time in a row! It will be very exciting to drive in Singapore !! http://t.co/axzc3MRa @HRTF1Team

Teams have also been quick to take up Twitter and growing numbers of team members are appearing on there as well. Here are a few of the recent additions:

Three wet Fridays out of the last four race weekends. Frustrating!! And its cold on the pit wall! #F1WinterSeries

@easonF1 We know it very well but to get healthy teams you need to reduce costs, don't you think?

Off to Hungary today for my 200th GP. Let's get those Red Bulls up on the podium. #topstep

Back in the ops room at Leafield for this race. At last a Friday without rain! We should get some useful data from FP1 and FP2 today.

Also in the F1 Twitter Directory you’ll find accounts for circuits and races, journalists and photographers, ex-F1 drivers and more.

17 comments on “300+ F1 accounts in the updated Twitter Directory”