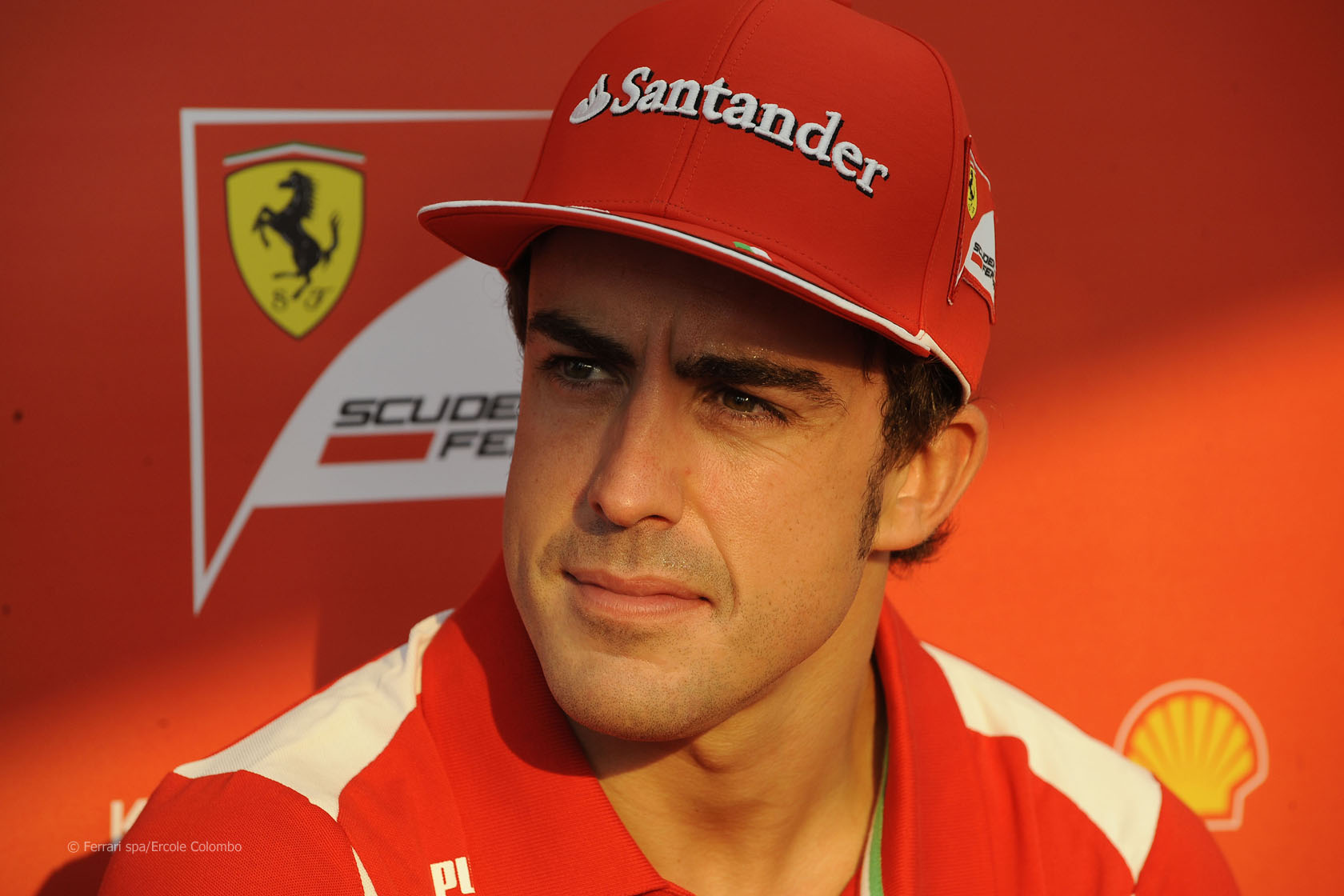 Fernando Alonso says Ferrari’s strategy for the Singapore Grand Prix will be to cover off the threat of his closest championship challenger: Lewis Hamilton.

“There are many teams that are strong and are still contenders, with maybe five or six drivers that can fight for the title,” said Alonso.

“Lewis is second at the moment and since February, we have said that he is the one that probably I respect the most, because we know what he can do in good cars or bad cars.”

“In terms of strategy, it is almost impossible to cover five drivers, as they can make pit stops at different times, so in this race, we need to cover whichever driver is closest in the classification, which means Lewis at the moment.

“McLaren has won the last two races and so they are the favourites here as well. Hopefully we can stop their dominance: we have brought some new parts for the car and are optimistic that we can do well here and at the next two or three Grands Prix.”

Alonso added Ferrari’s performance at other low-grip circuits gave cause for optimism about their performance this weekend:

“We need to see how we perform on Friday, but our aim is to fight for pole and the win in this race. We were competitive in Monaco and Canada, which are similar circuits and so we are optimistic. We know how important is pole position here.”

As speculation continues over where Felipe Massa will be replaced as his team mate will be next year, Alonso spelled out what they team is looking for in a driver:

“Anyone who comes to drive here must be a driver that respects Ferrari and the tradition of this team and the fact that here, we work for the team, for the red cars as our first priority.

“I have been working with Felipe for three years now and we have a very good relationship and if the team decides to appoint someone different for next year, then that driver has to be better than Felipe.

“Looking at all the names that you the media have been putting forward as a replacement, I?Û‘Èº‘‰Ûm not sure if you realise quite how much Felipe has achieved in Formula 1, compared to the names mentioned.”