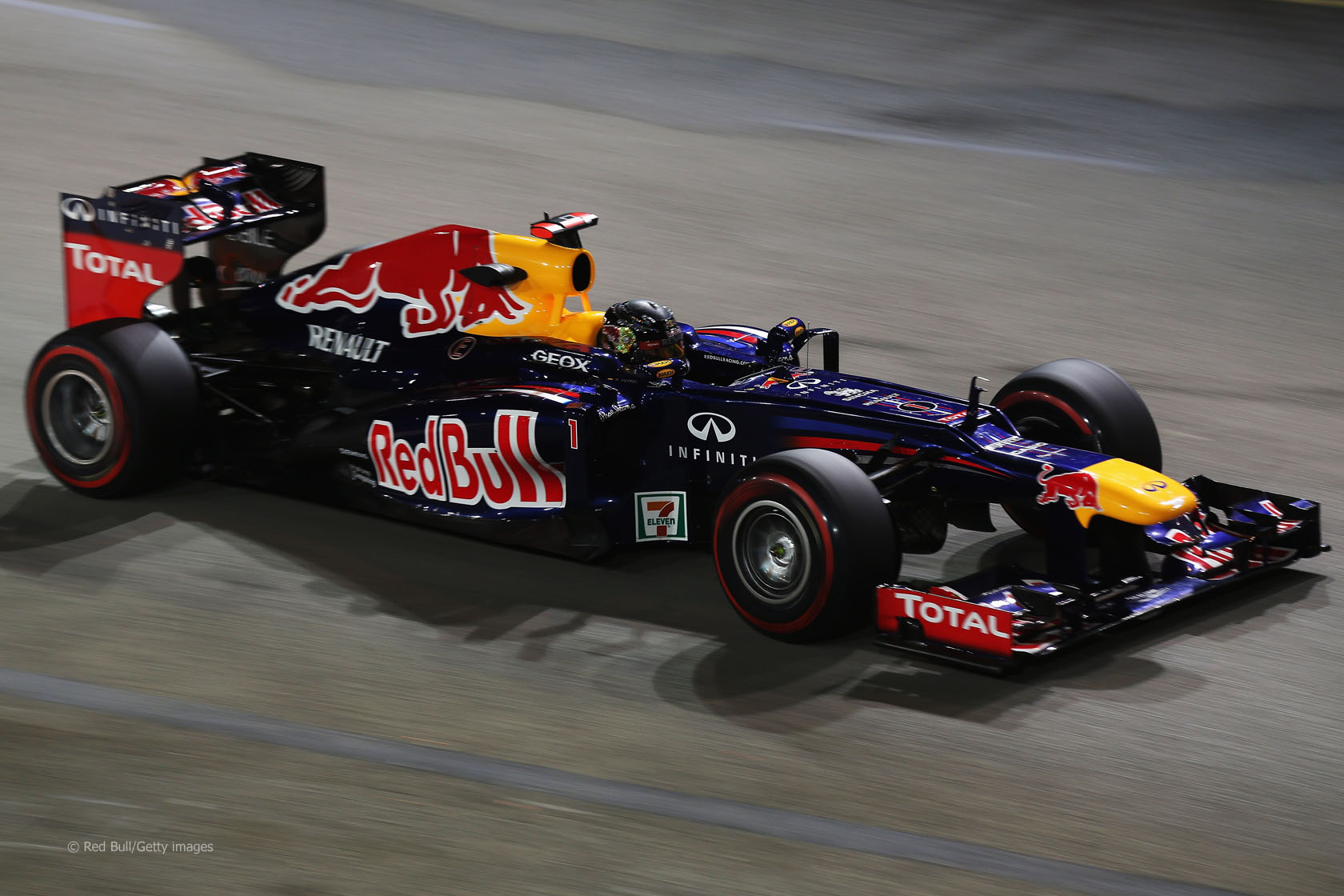 Sebastian Vettel was quickest again in the final practice session for the Singapore Grand Prix.

He set a best time of 1’47.947 ten minutes before the end of the session, which none of his rivals were able to beat.

Lewis Hamilton came closest, falling short by a third of a second. Fernando Alonso was third-quickest, another three-tenths of a second behind.

There were five different cars in the top five with Nico Hulkenberg’s Force India followed by Kimi Raikkonen’s Lotus.

The session came to an early end after Vitaly Petrov crashed at turn 21, breaking the right-rear suspension on his Caterham and spinning to a halt at the pit lane entrance. That brought out the red flags.

Two other drivers had already made less serious contract with the barriers. Sergio Perez glanced the wall at turn 18 and Mark Webber did the same later on, limping back into the pits with a puncture.

However Timo Glock impressively kept his car out of the barriers despite the throttle sticking open.

Felipe Massa was sixth-fastest after a lap which he said had been full of mistakes. Paul di Resta complained of a loss of grip in his Force India and was seventh.

Nico Rosberg, Bruno Senna and Michael Schumacher completed the top ten, though the late red flag meant not everyone had done flying laps on the super-soft tyres.