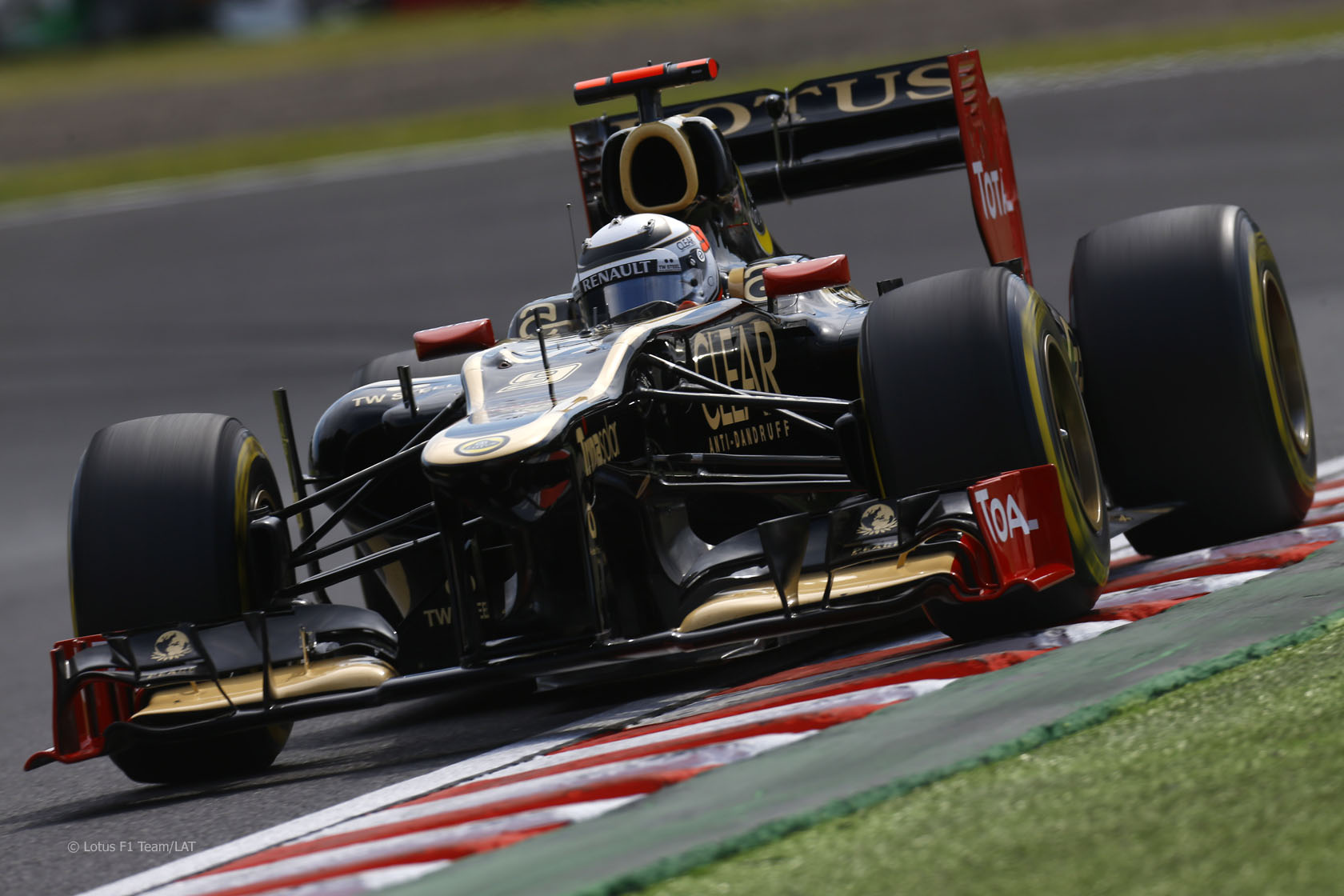 Fernando Alonso questioned Kimi Raikkonen’s driving after the pair tangled at the first corner of the Japanese Grand Prix, putting Alonso out.

“Well I had no space,” said Alonso about the collision. “On the right I have Button, I think, on the left I have Kimi. And I don’t understand why Kimi didn’t lift off or anything because it was not any room.

“I don’t know what Kimi’s idea was for the first corner but it’s the way it is and this time it was bad luck for us.”

Raikkonen said he didn’t have any room to avoid a clash with Alonso: “I was on the left-hand side all the way since the very beginning of the start. And he kept coming left more and more.

“I tried to go more left but I have nowhere to go they all came on my side, touched my front wing and I couldn’t go anywhere else.”

Alonso’s retirement allowed Sebastian Vettel to reduce the gap between them at the top of the championship table to four points.

Asked what effect his retirement has one the championship Alonso said: “Nothing really. I think one time I will retire. Maybe next time Vettel will retire, you never know, this is motor sport.

“It’s five races to go, it will be like a mini-championship let’s say because we start with the same points and we need to score one more point in five races than the others so we will try to do.”